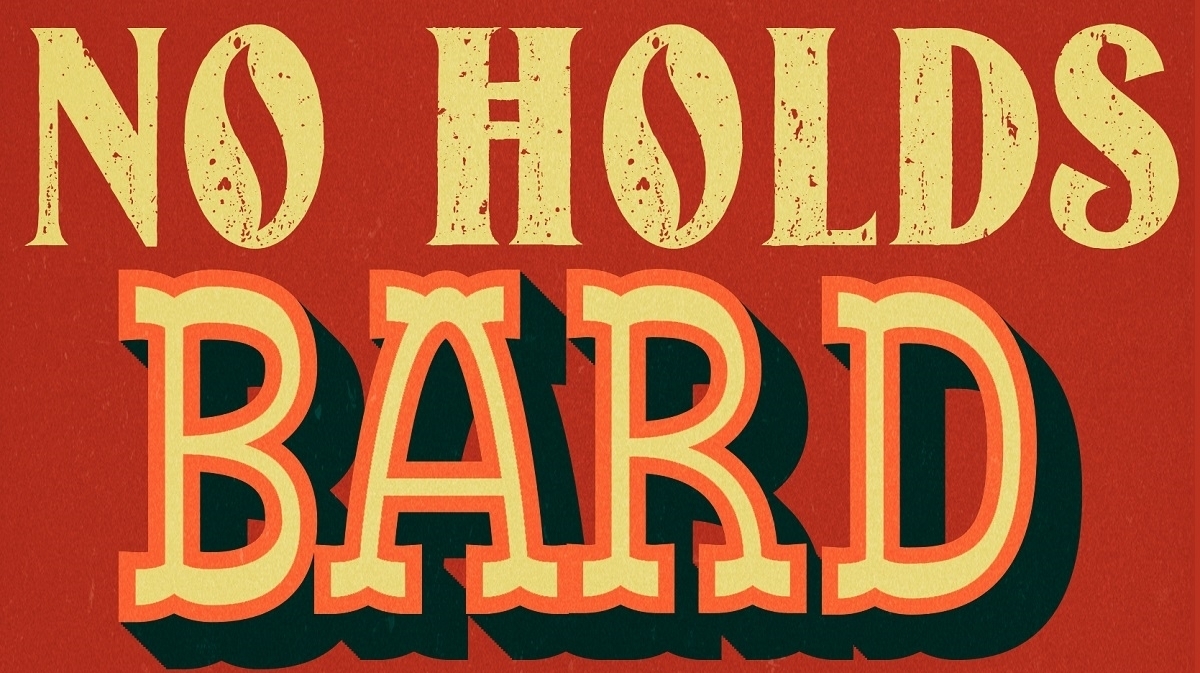 Arts Undercurrent: No Holds Bard at the Zeiders

The Zeiders American Dream Theater presents a new Shakespeare Festival called “No Holds Bard: Shakespeare Remade” through Saturday. Rebecca interviewed Artistic Director Bart Kuebler and Community Liaison Sibel Galindez about the origins of the festival and what to expect.

Bart: You know, if it was a wrestling or boxing match and you'd say, "There are no holds barred.” You can do whatever you want. Taking the Bard, William Shakespeare, and saying there are no holds on this bard. Do whatever. Approach it in any way you can. Let's remove the framework and really get to the heart of this material.

Rebecca: That's Bart Kuebler, Artistic Director of the Zeiders American Dream Theater in Virginia Beach. His team presents the No Holds Bard Shakespeare Festival through Saturday, so I sat down with him, plus Community Liaison Sibel Galindez to talk about what to expect and the origins of the festival.

Rebecca: No Holds Bard isn't your traditional Shakespeare Festival. They're doing a voodoo remount of Macbeth, a scene slam recontextualizing classic scenes, and also a bootleg production of Romeo and Juliet. Bootleg meaning in this case that the Zeiders had an open form letting anyone sign up to participate.

Bart: And the idea was really, how do we make a Shakespeare festival that isn't just spectating, but it's participating?

Rebecca: So is it completely randomly cast? I saw you have a submission form and all you do is say, "Hey, I wanna do this."

Bart: You just sign up, yeah, and we’re also saying, if you don’t want to act, you could also have signed up to be a technician for this. It is almost entirely randomly cast.

Rebecca: So what's the rehearsal process?

Bart: Well, we sent everybody the scripts after they'd signed up and gone through it, and we said, "Here's your part. You have the next six weeks to learn your own lines, to make your own costume, to fashion your own props," and then we show up on the one day on that Saturday, and we put the whole thing together in that day.

Rebecca: Bart and his team are also presenting an evening of Shakespearean songs featuring music based on Shakespeare's texts performed and written by local musicians tomorrow night. Community Liaison Sibel Galindez talked a little bit about this concept.

Sibel: Two artists can take the same lyrics based on Shakespeare and come up with completely different songs, right, and so it's a reminder to us that creativity channels through the artist and that nothing is right or wrong. It's just your stamp, your fingerprint, your artistic fingerprint, and I'm really excited to see what our local performers come up with.

Bart: The reality is that we only have the actual music for about four or five of those songs that are in the plays because they were set to popular tunes of the day. Most of them were just purpose written for whatever the production was, and so Shakespeare wrote the lyrics and then some musician would just write the rest of the music for it. There's all this great material to turn into song and it doesn't matter what the genre is. It's just reaching out to anyone and saying, you know, whatever your style is, if you come across a lyric that really speaks to you, then hey, set it.

Rebecca: Talking in more of a broad sense, what do you both love about the Hampton Roads arts community? What inspires you about living and working and creating here?

Bart: There's a real scrappiness to this community that I really like. There are a lot of people here who are really reaching for something and trying to figure out what it is, and what's great is that we're able to do this without the intense spotlight of a really established arts community, because what can happen with a very established arts community is that they can tear apart anything that doesn't fit whatever orthodoxy they have come up with.

Rebecca: The Zeiders hopes to act as an entry point to the works of William Shakespeare. This is the first No Holds Bard, but they're actually hoping to mount the festival annually in Hampton Roads.

Bart: Come on out to the festival, enjoy this and, hey, rediscover Shakespeare. Don't be scared. You’ll find an entry into it. If you're very familiar with Shakespeare, I think you'll really enjoy this take on it and this way of looking at the Bard.

Rebecca: That’s Bart Kuebler and Sibel Galindez from the Zeiders American Dream Theater. The No Holds Bard Shakespeare Festival is happening through Saturday at the Z. You can see Voodoo Macbeth every day, the Shakespeare Scene Slam tonight (Thursday) at 7, Shake's Songs tomorrow (Friday) at 8, and then the bootleg community presentation of Romeo and Juliet Saturday at 8. Check out the full schedule at thez.org.