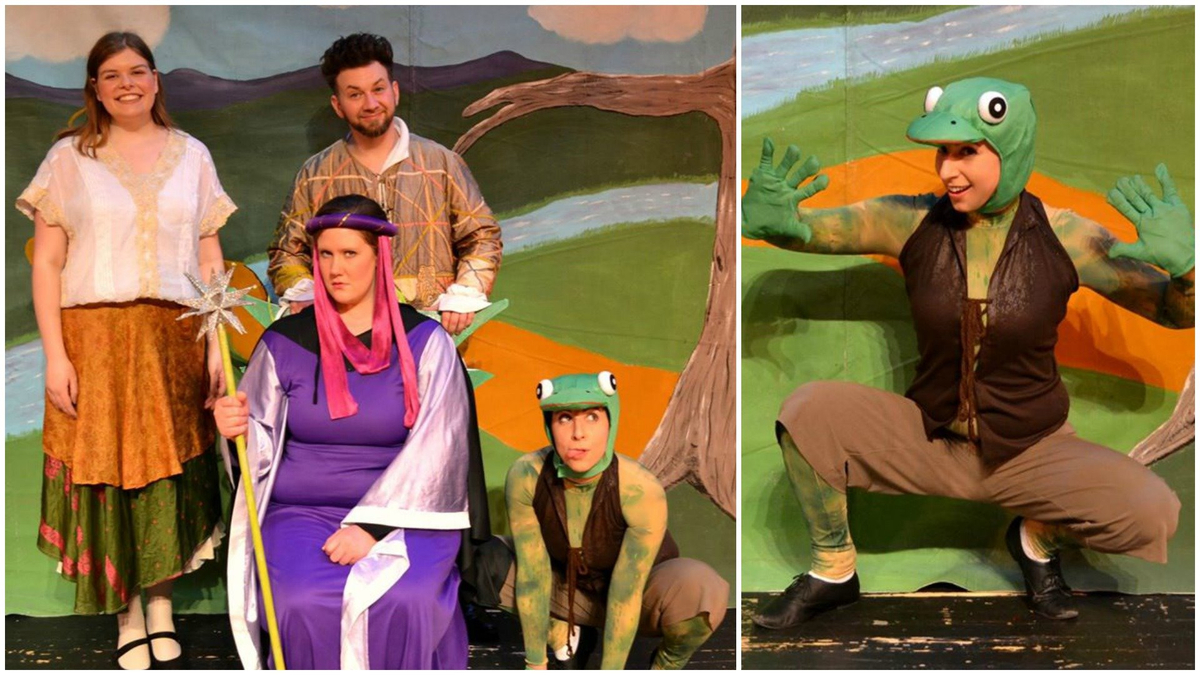 The Children’s Theatre of Hampton Roads offers entertainment for the young and young at heart. They're bringing back their off the wall adaptation of “The Princess and the Pea” on Saturday, January 11 at the Zeiders American Dream Theater. Rebecca interviewed playwright and Artistic Director Mike Burnette, and Managing Director and actress Jessica Pinksy about the show.

Mike: Yeah. The play is full of bean puns. The princess is Princess Legume. She's being harassed by Queen Lima. Queen Lima is trying to take over the Garbanzo Gardens, and Princess Legume has to prove herself that she is indeed the princess so that she can take back the kingdom. (laughs)

Rebecca: That's Mike Burnette, a playwright and artistic director from the Children's Theatre of Hampton Roads. They perform an original show every month at the Zeiders American Dream Theater, and on Saturday, they're bringing back their off the wall adaptation of “The Princess and the Pea.” I spoke with Mike plus Managing Director and actress Jessica Pinsky.

Jessica: Mike and I met at 40th Street Stage in 2007. We were both cast in the same touring performance of a play about Jamestown. I mean, that was my first experience performing for kids.

Mike: I had done children's theater in college, which I always enjoyed. I never thought I would be doing it to the extent that I'm doing it now. I enjoyed it as more of a comedic break because at the time I was, what, 19 or 20, and I was a serious artist and wore all black all the time. (laughs) I had written a show for children almost on a dare, and that ended up getting produced through Children's Theatre of Hampton Roads years later, and here we are now.

Mike: We actually had a lot of freedom with "The Princess and the Pea" because there's not really a whole lot to the original story. We basically just took the concept from the initial fairy tale and turned it into more of a hero's quest, and it was important to me writing it that the princess wasn't the damsel in distress and the whole thing wasn't about the betrothal to the prince. It was proving her worth to be a princess, to rule the country basically.

Jessica: Yeah. Yeah. More to herself than anyone else. There is no prince in this version.

Rebecca: So I know there's a little bit of audience participation in your shows. Do you have a favorite memory of interacting with a kid?

Jessica: When the parents will tell us months or even longer after something that a child retained from…

Mike: Oh, right, something they remembered and have repeated at home or something like that, yeah, and then of course, there's the times that something went wrong, like we were just talking about Captain Mikey. He was a little boy at a performance years ago and we were doing an improv show. We had thrown a puppet offstage.

Jessica: The puppet was the antagonist.

Mike: Anyways, it was like, “Where did the puppet go?” Like, “We can't find him.” This young boy sitting in the front row is like, “I know where he is,” and “I'll go find him.” And he ran backstage behind our little set-up to go grab the puppet.

Jessica: Sometimes we’re a child's first experience with live theatre and they don't really know what to expect. Sometimes if they have been to a play before, they're used to sitting there. They have to be quiet. They have to pay attention. They can't make any noise. We quickly break them of that.

Rebecca: But then they go to like the opera the next day and they're like, “Oh, wait…” (laughs)

Mike: It is a different set of rules.

Rebecca: Jessica and Mike never planned on doing children's theatre, but the challenge, magic, and creativity won them over.

Jessica: Kids are the toughest audience to perform for because they will let you know exactly what they're thinking. They will not laugh just to be courteous. And when you can make them laugh and when you can engage them, you've got them. It is the most rewarding thing I think I've ever done.

Rebecca: That was Jessica Pinsky and Mike Burnette from the Children's Theater of Hampton Roads. Check out their original show, "The Princess and the Pea," Saturday, January 11th, at 11 AM and 2 PM at the Zeiders American Dream Theater in Virginia Beach. Learn more at childrenstheatreofhamptonroads.org.