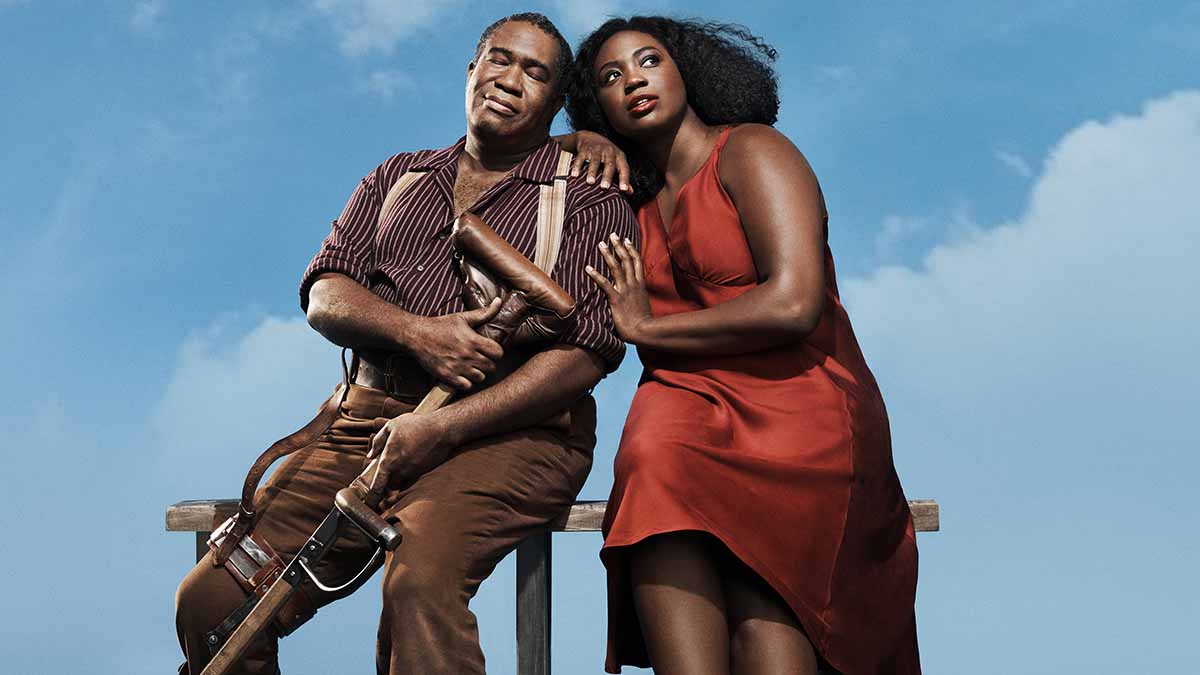 Eric Owens as Porgy and Angel Blue as Bess in the Gershwins' "Porgy and Bess."

'Tis the Season for Opera

The Metropolitan Opera’s new season of radio broadcasts is just around the corner! As usual they will be presenting five new productions for the season, along with a plethora of other favorites. Here are a few highlights to look forward to.

On January 11, Berg’s expressionistic opera Wozzeck returns to the Met in a new production starring Peter Maettei as the title role, in his highly anticipated role debut. Elza van den Heever stars as Wozzeck’s unfaithful lover. William Kentridge, the South African artist, is teaming up with the Met to design the staging.

On February 1 we will have a broadcast of Gershwin’s Porgy and Bess! This is only the second time the Met has done the opera, and it hasn’t been performed there since 1990. Eric Owens and Angel Blue star as Porgy and Bess in a cast that will also include Suffolk native Ryan Speedo Green. The production, designed by James Robinson, teleports the audience to the South Carolina waterfront in this spellbinding opera. Also in February, Handel’s Agrippina makes its way to the Met stage for the first time. Mezzo-soprano Joyce DiDonato stars as the power-hungry Roman Empress Agrippina, teaming up with Matthew Rose, Brenda Rae, Kate Lindsey, and conductor Harry Bicket to bring this dark comedy to the Met. I hope you will join me for this broadcast on February 29.

On March 14, Sir Bryn Terfel finally returns to the Met stage to tackle the title role in Wagner’s The Flying Dutchman. The German soprano Anja Kampe makes her Met debut as Senta, whose selfless love is what the Dutchman seeks. François Girard, who directed the latest staging of Parsifal for the Met, tackles this new production with the conductor Valery Gergiev. Of course, they will also be bringing the usual suspects and crowd favorites. The story of Manon Lescaut will appear twice. Lisette Oropesa takes on the lead in Jules Massenet’s version, and Sonya Yoncheva plays the title role in Puccini’s version. Joyce DiDonato returns to the role of Charlotte in Massenet’s Werther with tenor Piotr Beczala as the title role, a role tailor-made for powerhouse tenors. Tchaikovsky’s Queen of Spades returns to the Met stage, along with a rare appearance of Janáček’s Káťa Kabanová with Susanna Phillips in the title role.

For more about the Met season, check out their website.