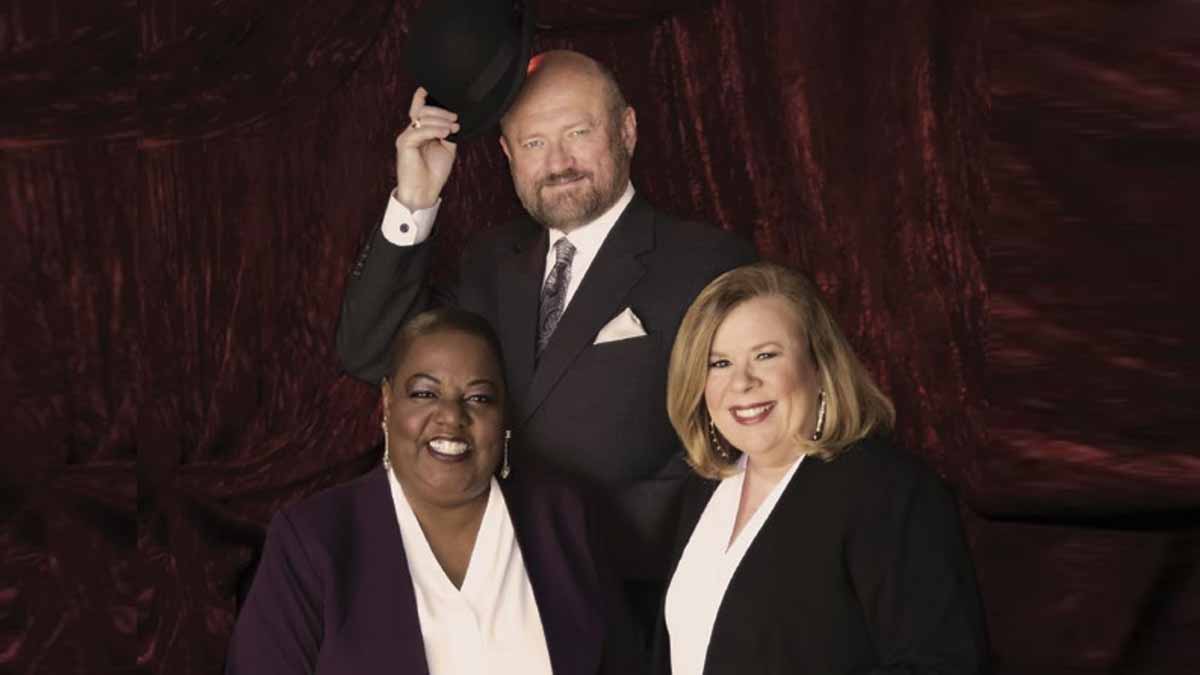 Our three radio personalities shown on the cover probably need no introduction. You already know their shows. HearSay with Cathy Lewis, Another View with Barbara Hamm Lee, and Watching America with Dr. Alan Campbell each bring you thoughtful public affairs programming every day at noon on WHRV FM. Starting January 9, we will have a schedule flip with Another View airing on Thursdays and Watching America airing on Fridays. HearSay with Cathy Lewis, now in its 24th year, will continue on Mondays, Tuesdays, and Wednesdays.

HearSay with Cathy Lewis is the place where Eastern Virginia comes together to talk about the issues and ideas that are important to our region. Listeners have tuned to 89.5 at noon to talk about everything from politics to pop culture, including monthly series on pets and gardening.

HearSay does more than let listeners hear from the experts. Cathy Lewis invites callers to ask questions, exchange ideas, and share their own thoughts. “Our listeners have a lot on their minds, and because we’ve created an inviting space in the midday, we have some of the most amazing conversations about the issues that affect all of us,” she says, “and while we may disagree, we’re never disagreeable, and the civil environment we create is what listeners tell us they value most.”

Another View, our weekly call-in radio talk show that discusses today’s topics from an African American perspective, is moving to Thursdays at noon, while Watching America will round out the week on Fridays. “This move crystalizes WHRV’s strengths and tone by placing our tremendous local and civics-based discussions fostered by Cathy and Barbara consecutively during the week Monday through Thursday, while giving Watching America a more formidable space preceding Ken Rudin’s Political Junkie and Science Friday with Ira Flatow,” explained Chuck Doud, director radio program and audience strategy.

Originally a television program, Another View was created to give the African American community “another view” of itself, and the rest of the community “another view” of the African American community. “This mission is more critical now than ever as we as a society grapple with racial, socioeconomic, health, and other issues facing people of color,” Barbara Hamm Lee said. “We firmly believe that learning about each other, discovering commonalities, and embracing differences will heal rather than divide us. Our show is about the Black community, but it is for everyone!”

Watching America, WHRV’s newest addition to the station’s midday programming, also explores topics from a unique perspective. “I am British by birth and American by choice,” explained host Alan Campbell, “so Watching America is a show where you listen to appreciate America from the perspective of a person who is unapologetically in love with his adopted country. In the tradition of the former host of Masterpiece Theater, Alistair Cooke, I like to think that I am able to reacquaint Americans with the wonder of themselves and their land.”

“I am indebted to so many people for the rapid success of Watching America,” Campbell said. “In particular, I am always mindful when in the studio of Cathy and Barbara, who have secured a track for me to follow by their stellar professionalism in the years prior to my arrival at WHRV. It is they who have anchored the midday hour and have built such a loyal audience, so when the “On-Air” light goes on, in my mind, I always doff my hat in gratitude to those ladies.”

The lineup change begins January 9. Tune in to 89.5 FM each weekday at noon so you will never miss a moment of these three great programs. You can also catch up on past episodes online!