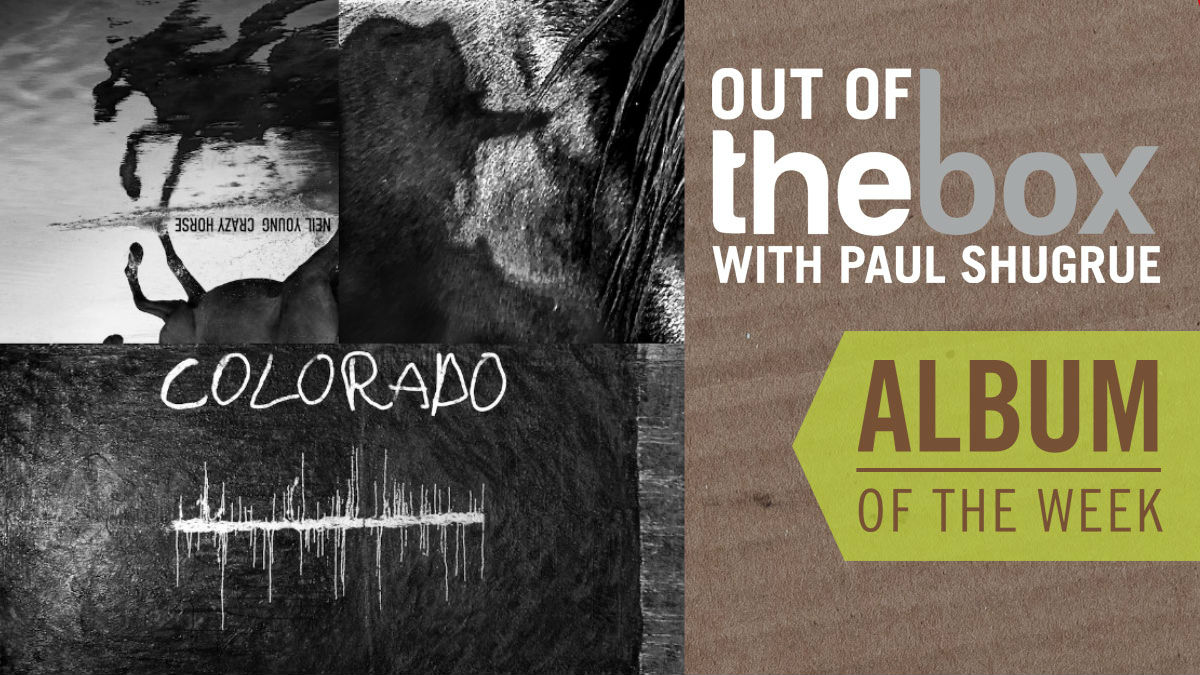 After over fifty solo albums and countless other side projects Neil Young’s music is still relevant, if only for it’s ability to give us a musical update on the fiercely independent artist. “Colorado” is a reunion with Crazy Horse, his first with the backing band in six years, this time featuring Nils Lofgren as Young’s guitar foil.

Famous for his long extended jams with Crazy Horse, there are a couple of ten minute plus tracks beautifully capturing the guitar interplay between Young and Lofgren. There are also some great acoustic performances that act as musical comfort food, reminders of the signature classics of his past.

At 73 years old Young is as ornery as ever when it comes to the environment, most of the songs reference climate change in some way and the man who is known for some many songs about societal change still has the knack for putting his concerns to music.

The album’s title comes from where it was recorded in less than two weeks. “Colorado” is the most consistent album Young has released in over twenty years, capturing his acoustic and electric moods while sharing with his longtime fans his mindset today. After all these years it’s still great to see what he’s up to.