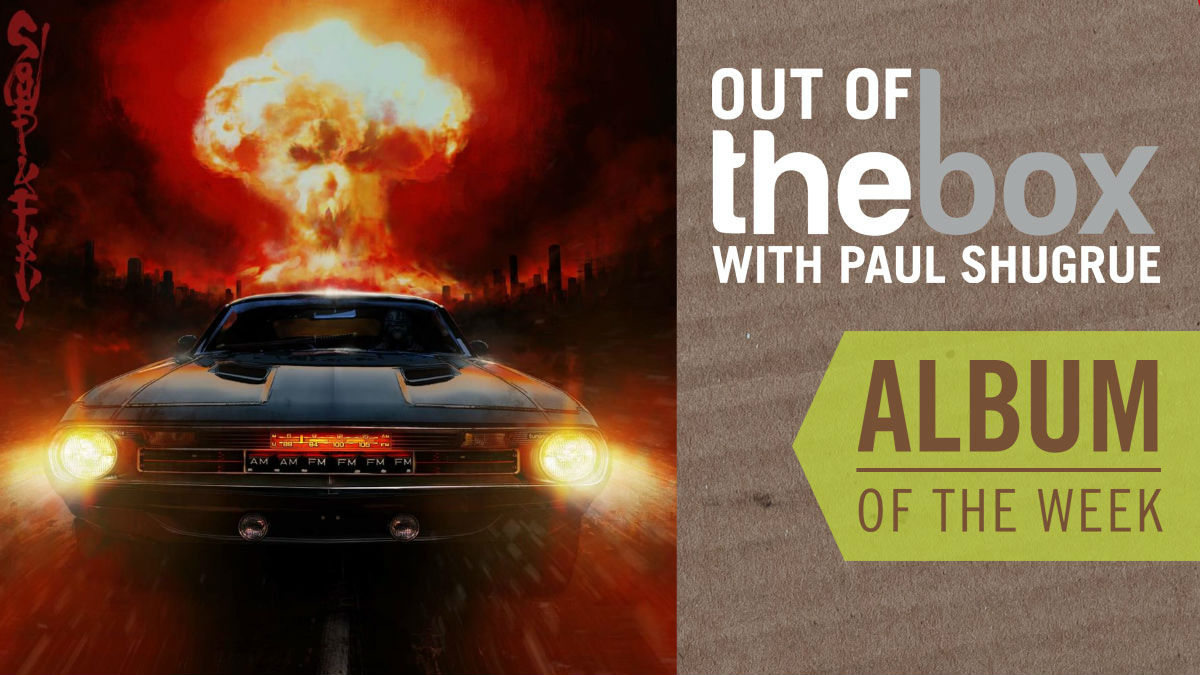 The cover of Sturgill Simpson’s fourth album “Sound and Fury” features a muscle car with a radio for a front grill, driving away from a nuclear bomb mushroom cloud. That should be enough to let you know he is nuking all expectations about his first album since winning the Grammy for country album of the year, and whatever you think he is, he’s not.

"Sound and Fury" is an onslaught on crunching electric guitars, howling synths and heavy metal drumming. The songs crash into each other with the sound of a radio dial tuning to another station and his lyrics, when you can make them out above the roar, deal with new found fame, record company excess and answering the persistant voice in his head.

The new album is the furthest away he has ever gotten from his acoustic Americana beginnings. Simpson has said one of his main influences for the album came from the music of T Rex. Just the pure sound of the album is a statement that he will not be pigeon-holed into conventional musical definitions.

Sturgill Simpson’s sharp left musical turn on “Sound and Fury” is similar to Bob Dylan’s electric transformation or Neil Young’s abandoning of his singer-songwriter sound to rock out with Crazy Horse. It’s lasting influence should be just as powerful.