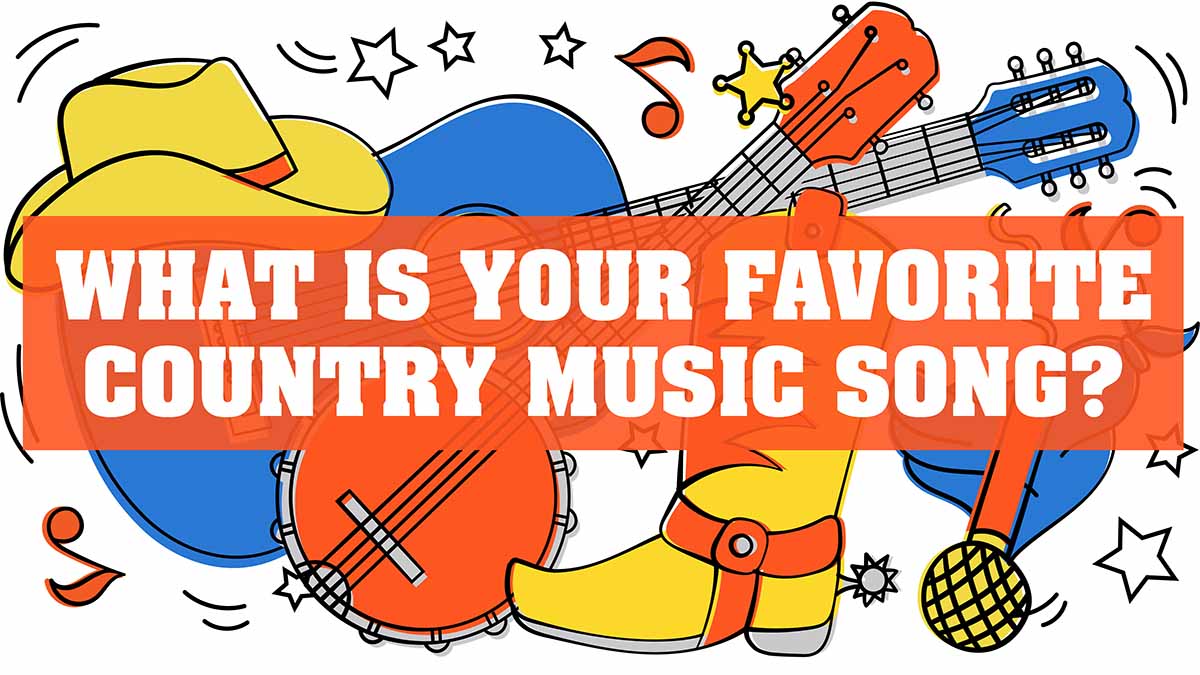 What Is Your Favorite Country Music Song?

As we count down the days until the premiere of Ken Burns' latest documentary, Country Music, we asked some of our staff members about their favorite country songs.

Hank Williams, Sr. “Your Cheatin’ Heart.” Kind of a classic country benchmark. I always thought it was impossible to deny his authenticity, especially with that recording.
Todd Washburn, WHRO Audio Engineer

Hank Williams, Sr. was regarded one of the most significant and influential American singers and songwriters of the 20th Century. He had 35 singles that charted in the Top 10 and 11 that reached number one. His music was covered by Jerry Lee Lewis, Elvis Presley, George Jones and The Rolling Stones. Hank Williams, Sr. is regarded as one of the greatest of the first generation of country music stars. He was inducted into the Country Music Hall of Fame, The Songwriter’s Hall of Fame, and the Rock and Roll Hall of Fame. Williams died January 1, 1953 near Princeton, West Virginia.

Charlie Rich’s "Somebody Done Somebody Wrong Song." I like it because my late grandfather would sing and whistle it when I was a kid.
Jeff Sandner, Radio Schedule & Automation Associate

In 1958, Rich became a regular session musician for Sun Records, playing on a variety of records by Jerry Lee Lewis, Johnny Cash, Bill Justis, Warren Smith, Billy Lee Riley, Carl Mann and Ray Smith. His own career peaked in the 1970s with several country ballads and cross-over pop hits including “Behind Closed Doors,” and "The Most Beautiful Girl.” He is featured here performing the BJ Thomas hit “Hey, Won’t You Play Another Somebody Done Somebody Wrong Song.” Charlie rich passed away July 25, 1995 at age 62.

One of my favorite country music songs is Roger Miller’s 'King of the Road.' When I was a child, my dad would play it continuously. I, along with all of my siblings, knew all of the words by heart.
Aileen Adams, WHRO Development Database Manager

"King of the Road" was recorded in 1964 and became Roger Miller’s biggest Hit. It peaked at number one on the Country Singles Chart and number four on the Billboard Hot 100 Chart. Miller recalled the song was inspired when he was driving and saw a sign that read “Trailers for sale or rent.” This became the opening for the song. Roger Miller was among the first to discover the plane crash that killed Grand Ole Opry stars Hawkshaw Hawkins, Cowboy Copas and Patsy Cline. Miller died in 1992 at age 56.