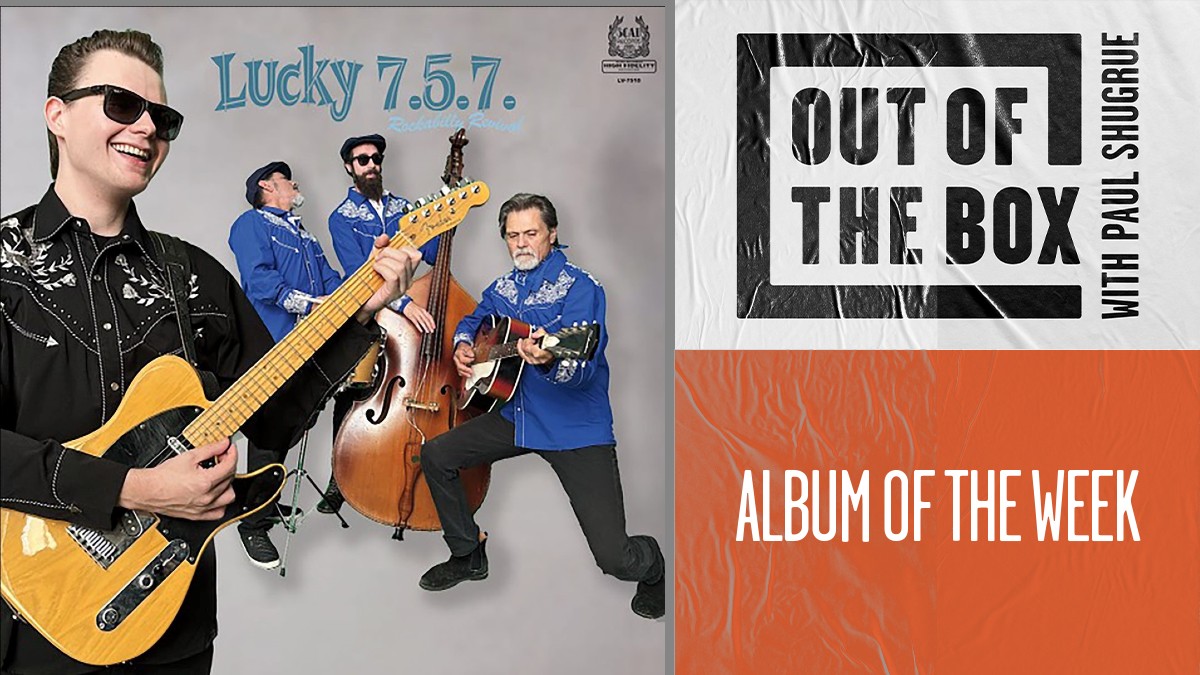 Lucky 757's new album “Rockabilly Revival” brings the 1950’s genre kicking and screaming into the 21st century by recalling the frenetic energy of its pioneering artists. Delivering slap back rhythms, electric surf guitar and echoing vocals on a set of mostly original songs, they build a true party atmosphere.

They come from Portsmouth, Va the home of the legendary rockabilly original, Gene Vincent and the album cover of “Rockabilly Revival” pays tribute to a 1957 album cover by Vincent and The Blue Cats.  There’s even a song that extols the virtues of Vincent and Eddie Cochran, one of his contemporaries.

Whether listening to their album through the lens of eighties revivalists like the Stray Cats and Robert Gordon or using the original artists like Johnny Burnette and Carl Perkins as a measuring stick, Lucky 757 shows a true love of the music and adulation of it’s originators.

The band is made up of father and son duo Dan and Corey Spivey on guitar and vocals, guitar builder and bass player Sam Haga and the chunky rhythms of Angel Lopez. They’ve been recording since 2015 and this is their fifth and most delightfully zany album.