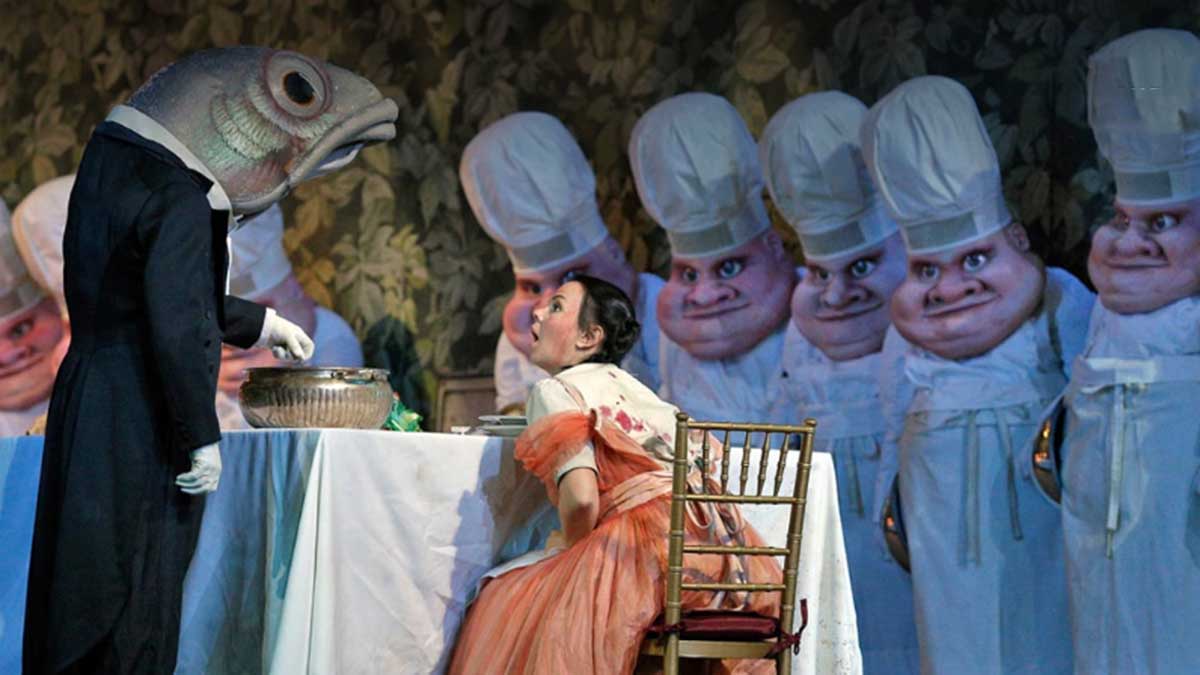 A Fantastical Opera of Trousers and Skirts

The Met’s first radio broadcast for 2018 is the holiday classic Hansel and Gretel from German composer Engelbert Humperdinck. Humperdinck began his career as an assistant to Wagner, and even tutored Wagner’s son in music. The libretto for Hansel and Gretel was written by Humperdinck’s sister Adelheid Wette. It was originally going to be a set of songs for her children but after a few revisions to the songs it transformed into a full-scale opera. The libretto is based on the classic Grimm brothers’ fairy tale of the same name. It premiered on December 23rd 1893, conducted by Richard Strauss, followed a year later by its second run conducted by Gustav Mahler.

Hansel and Gretel offers its audience many fantastical settings, characters, and music. One aspect that contributes to our immersion in this magical world is the fact that almost every male character is often performed by a woman, and the witch is often played by a man! In the broadcast we will hear on Saturday the witch is played by the great German tenor Gerhard Siegel. This idea comes from a rich tradition of what is commonly known as ‘Pants roles’ or ‘trouser roles’. Just a couple weeks ago we heard this exact same concept in the role of Cherubino from Mozart’s Marriage of Figaro. The concept of trouser roles first appeared in London in 1660, when females were finally allowed on the stage. In earlier times, including the Shakespeare era, female roles were played by males in dresses. Seeing women on stage was a great novelty at the time, soon elevated even higher when women began wearing male clothes on stage! In the opera world pants roles became popular when the practice of castrating boy singers began to go out of style, thank goodness. To replace the castratos on stage, directors started filling these male roles with female singers.

In more modern operas pants roles are used for a number of different reasons. One of the most common is when a male character is supposed to be a young child. Rather than having an adult male acting as a child, a female voice is put in the role to convince the audience that the character is indeed a child. That is exactly what we see with the role of Hansel, which is always sung by a mezzo soprano. For the role of the witch, it is a director’s choice to turn it into a ‘skirt role’ or not, a skirt role being a male playing a female character, often used for comedic and visual effect. In the case of a witch it’s an easy choice to turn it into a skirt role to make this female character to have a more jocose effect.

Hansel and Gretel really creates a magical world, and the score is absolutely lush and creative. Donald Runnicles will be the conductor for this fairy tale opera. American soprano Lisette Oropesa will be our Gretel, with Irish mezzo Tara Erraught as Hansel. The dramatic Verdi mezzo soprano Dolora Zajick portrays Gertrude, with baritone Quinn Kelsey as Peter. Tune in Saturday at 1 p.m. for this enchanted adventure which is sure to be fun for the whole family! You can also listen online.