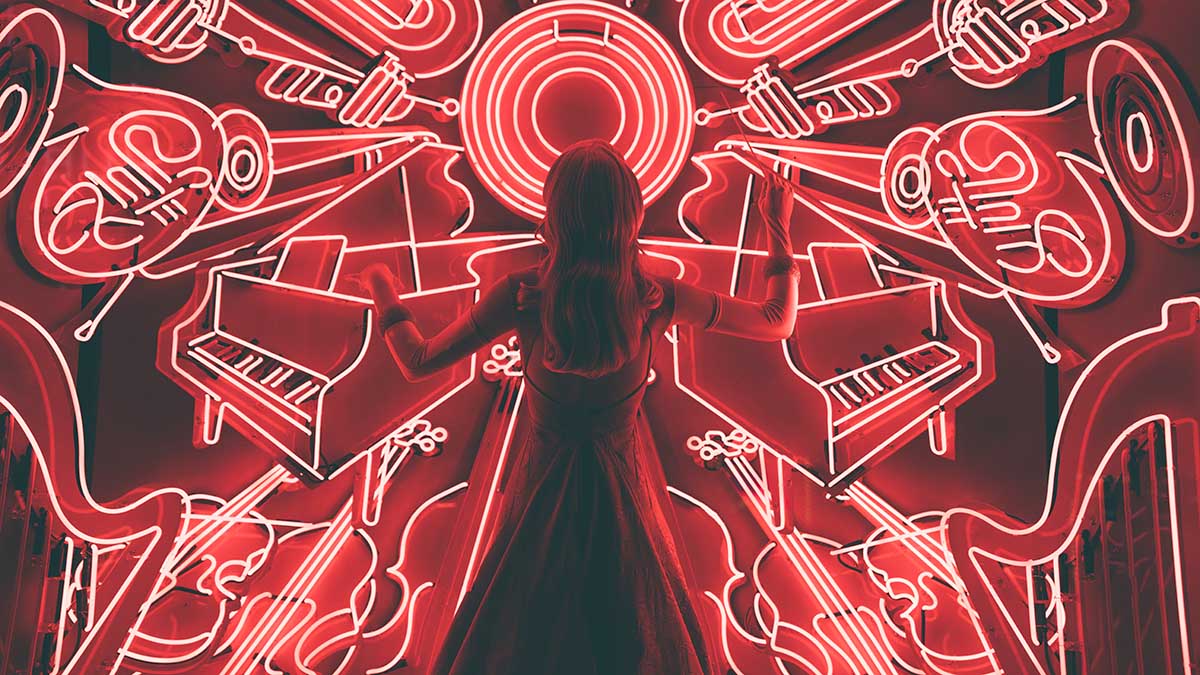 Photo by Spencer Imbrock on Unsplash.com

Top Jazz Picks of 2017 from 'Sinnett in Session'

Jae Sinnett, host of Sinnet in Session, compiled this list of his top jazz picks from the last year. Which one is your favorite?

10. Christian McBride Big Band – Bringin It – Bassist Christian McBride shows off his arranging chops in addition to his amazingly swinging and soulful bass work on Bringin It. That huge fat bass tone and feel is what grabs me out of the gate. Then the FUN these guys are having. They’re bringin for real! The pocket and swing beat are thick and the improvisation…energetic. I love the way Christian balances the roots of his personal musical preferences. You can hear them for sure….from James Brown to Thad Jones. Bringin It is the most swingin large jazz ensemble recording I’ve heard all year.

9. Steve Nelson – Brothers Under the Sun – Time for a dose of some straight up II V swingin from vibraphone master Steve Nelson. Masterful solo work here by all but particularly Nelson. Steve is paying much respect too to one of my all-time favorite pianists…Mulgrew Miller. Several of “Grew’s” tunes are featured with their perfectly constructed melodies and harmonic progressions. These tunes sing and swing!!! Drummer Lewis Nash holds down the foundation with his usual stellar performance. He’s a master time keeper with great dynamic ranges and a beautiful touch and swing beat to match Steve’s.

8. Billy Childs – Rebirth – Billy has always been one of my favorite composers and arrangers. At times a bit heady in concept which can make the music feel less soulful, but never the less, you can’t ignore the magnificence of this writing and these performances…individually and collectively. Brilliant! Eric Harland is one of the true visionary drummers playing today. A match made in heaven with Childs.

7. Nate Smith – Kinfolk – Postcards from Everywhere – Drummer Nate Smith’s versatility is quite impressive. From pocket to swing…he’s ever so inventive. Smith has a sophisticated touch with layers of creativity to spare. I love the variety here…the pacing and the aural landscaping. This is the perfect bridge recording in my view…in that it can bring folks into jazz that normally wouldn’t listen. Smartly balanced and beautifully produced.

6. Ralph Bowen – Ralph Bowen – My good friend…I know him well because he’s the saxophonist in my Zero to 60 Quartet. That said, my appreciation of this CD has nothing to do with our personal friendship. I know first-hand how much work Ralph puts into his development. He’s a technical virtuoso with incredible layers of soul in his playing. I don’t know a musician that practices more than he does. His effort pays off greatly here with an incredibly musical self-titled release that never settles for repetition and predictability. The big musical three (Melody, Harmony and Rhythm) are represented quite well here…memorable melodies with thought provoking harmonic progressions and rhythmic sophistication. He’s truly one of the best saxophonists playing today. Ralph can play anything. With every listen of this CD I hear a new layer. Deep.

5. Gary Meek – Originals – Another great saxophonist but what’s truly impressive here for me is the writing. Fantastic compositions! Each piece tells a unique story that develops beautifully. I like the long form writing. Not just AABA. A true modern composer. Randy Brecker is a standout soloist here and Terri Lyne Carrington has one of her all-time best recorded performances.

4. Chuck Owen and the Jazz Surge – Whispers in the Wind – Outstanding large ensemble release. Everything about this record I love….the recording quality…the writing…the arranging and the improvisation and the varied directions in concepts. The sections are in tune and the time of the unit is very cohesive. I love the dynamic ranges of the band and harmonic voicings. At times I hear Maria Schneider and others as influences but I also hear originality with plenty of something new to say. The ensemble breathes and realizes space is also a sound. Truly one of the best large jazz ensemble recordings I’ve heard in a while. Nominated for several Grammy’s and deservedly so.

3. Chris Potter – The Dreamer is the Dream – One of the most original saxophonists playing today. Like Ralph Bowen, Potter is a technical virtuoso that can play anything. His sound…wow! He has such a beautiful tone on tenor, soprano and bass clarinet. Definitely HIS sound and very recognizable. Chris is also a superb writer. There’s always a forward moving quality in his compositions and smart resolutions…completing the stories.

2. The Reunion Project – Varanda – The group is led more or less by guitarist Chico Pinheiro. He’s another technical virtuoso on his instrument and plays with much fire, soul and commitment. Varanda features some of the best Brazilian jazz musicians playing today. Collectively they’ve produced one of the most original, unique and musically varied projects you’ll come across. It’s jazz in concept with their culture’s components immersed throughout. You can hear the history but you can also hear the future of where they’re taking Brazilian jazz traditions.

1. San Francisco Collective – The Music Of Miles Davis – My top pick of 2017! Wow! That’s my first reaction. The arrangements are incredible with mind blowing complexity. Miguel Zenon’s take on Nardis for example is one of the most sophisticated, challenging and visionary small ensemble arrangements you’ll ever hear in any genre. He simply hears it differently. Then throw in trumpeter Sean Jones and you have a dangerous musical package. This is an explosive recording that raises the bar and sets an example on how jazz is moving forward. Stunning!

Hear songs from these jazz albums and more on Jae's show. Sinnett In Session is heard Monday through Thursday evenings and Sunday afternoons. Or you can listen live online, and catch up on past episodes anytime.