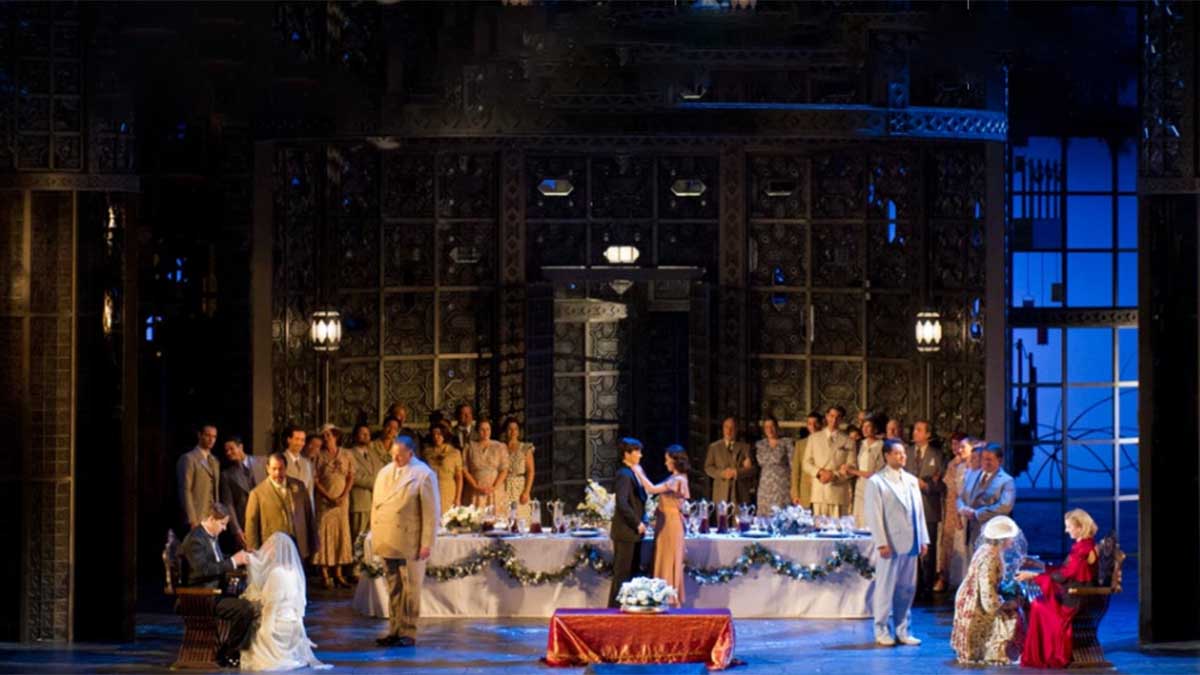 Courtesy of The Metropolitan Opera

A Forgotten Hero: Pierre Beaumarchais, author of The Marriage of Figaro

When opera lovers hear the name Figaro they think of one of two things: either Mozart’s The Marriage of Figaro or Rossini’s Barber of Seville. What gets lost in this is the original author, Pierre Beaumarchais. Beaumarchais was a man of many hats. He was a famous clock maker, even inventing a watch so small that it could fit on a ring. He was a musician, a spy, a philanthropist, an inventor, a revolutionary, a playwright. He even convinced the nations of France and Spain to secretly send supplies and weapons to the Americans in the American Revolution. It was this man that wrote a trilogy of plays that became the source material for Rossini and Mozart. The three plays that make up this trilogy are The Barber of Seville, The Marriage of Figaro, and The Guilty Mother. These plays were originally banned in France. King Louis XVI said of the plays that they mocked everything that “must be respected in a government”, and worried it might cause unrest. Napoleon described it as “Revolution in action” and Marie-Antoinette was very disappointed by the ban.  King Louis XVI finally lifted the ban on these plays in 1784, three years after they had originally been banned, and Mozart’s opera premiered just two years later. The public and even the aristocratic audiences loved the plays.

There are many autobiographical aspects in the plays that give us a glimpse into the life of Pierre Beaumarchais. For example, the role of Chérubin resembles the youthful Beaumarchais who did consider suicide when his love was going to marry another. The role of Figaro is again an extension of the author himself. Beaumarchais was never one to sit by while the nobility took advantage of others. He himself publically and legally took down the Royal Clockmaker who had tried to steal Beaumarchais’ invention. In the third play of the trilogy the character of a scheming, devious man inserts himself into the family affairs, and it is not until much has been lost that they finally rid themselves of him. This character is based off of a lawyer with whom the Beaumarchais family was locked in a legal battle that lasted about eight years.

Mozart and his librettist Lorenzo Da Ponte’s adaptation of the play The Marriage of Figaro is always a crowd pleaser. On its premiere the audience was so thrilled that five numbers from the opera were encored. However, one thing that the operagoers will miss from the story is the powerful monologue Figaro gives in act five of the play. In this monologue Figaro directly challenges the aristocratic system for all of its faults. It is a powerful monologue and its words still ring true today. I implore all of you to read these plays: in their day they were the revolutionary weapons that launched their assaults on the injustices of the time, and they serve as a reminder to us that theatre and music are for more than just casual enjoyment.

The Metropolitan Opera’s performance will be conducted by Harry Bicket with Rachel Willis-Sørensen as the Countess Almaviva, Christiane Karg as Susanna, Luca Pisaroni as the Count Almaviva and the Czech Bass-Baritone Adam Plachetka as Figaro. I hope you join me in listening to this amazing performance on Saturday, December 23 at 1 p.m.! You can also listen online.