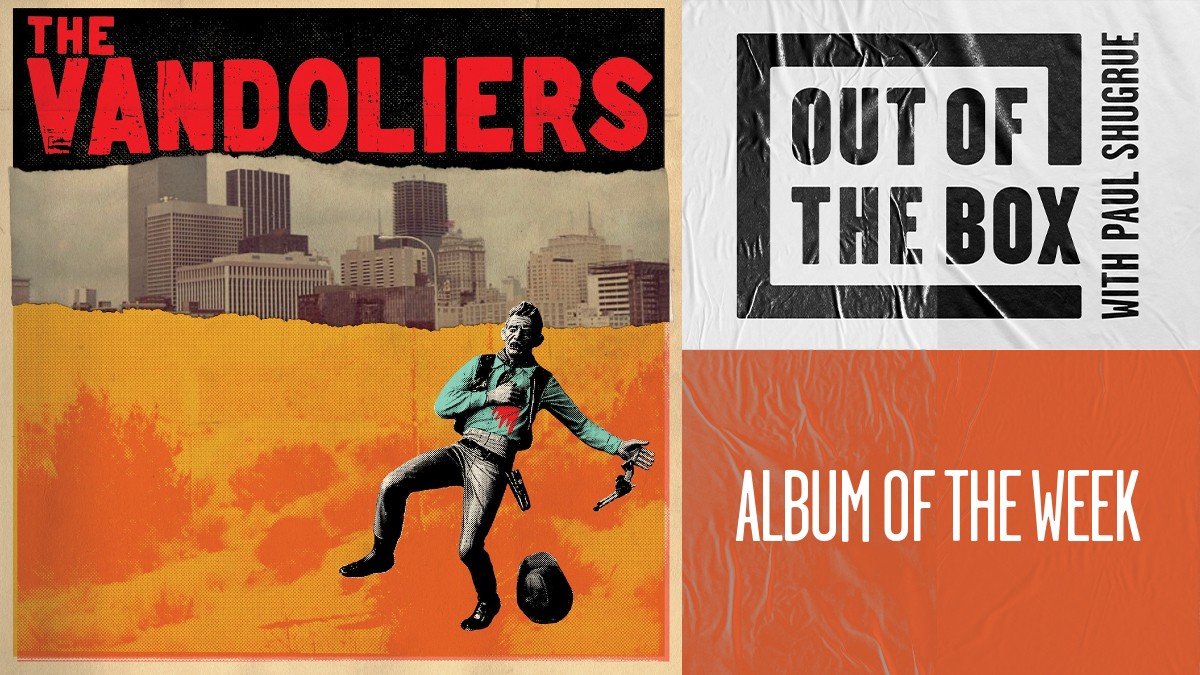 Out of the Box Album of the Week-The Vandoliers

The Vandoliers are a hard charging Texas band who mix country music with alternative rock. Call them cow-punk if you must but on their third album, a self-titled release, they put all labels aside and meld their varied influences into one cohesive sound.

Frontman Joshua Fleming says “we wanted to make an album that had the same power as our live performance — a tight, big sound. Through trial and error, label closure, fatherhood, sobriety, relapse, the album grew on its own stylistically. We have faith in ourselves as a band I don’t think we had before.”

The album was recorded before, during and after the pandemic as the band went through a series of changes including their record label folding, but the album is a positive, high spirited romp that bangs and thrashes with wild abandon. The first track was written for Fleming’s daughter who was born during the Covid-19 lockdown.

Rowdy anthems, honky tonk hybrids, a tight rock and roll band highlight “The Vandoliers.” The aura of good times is spread thoughout just when we needed it most.