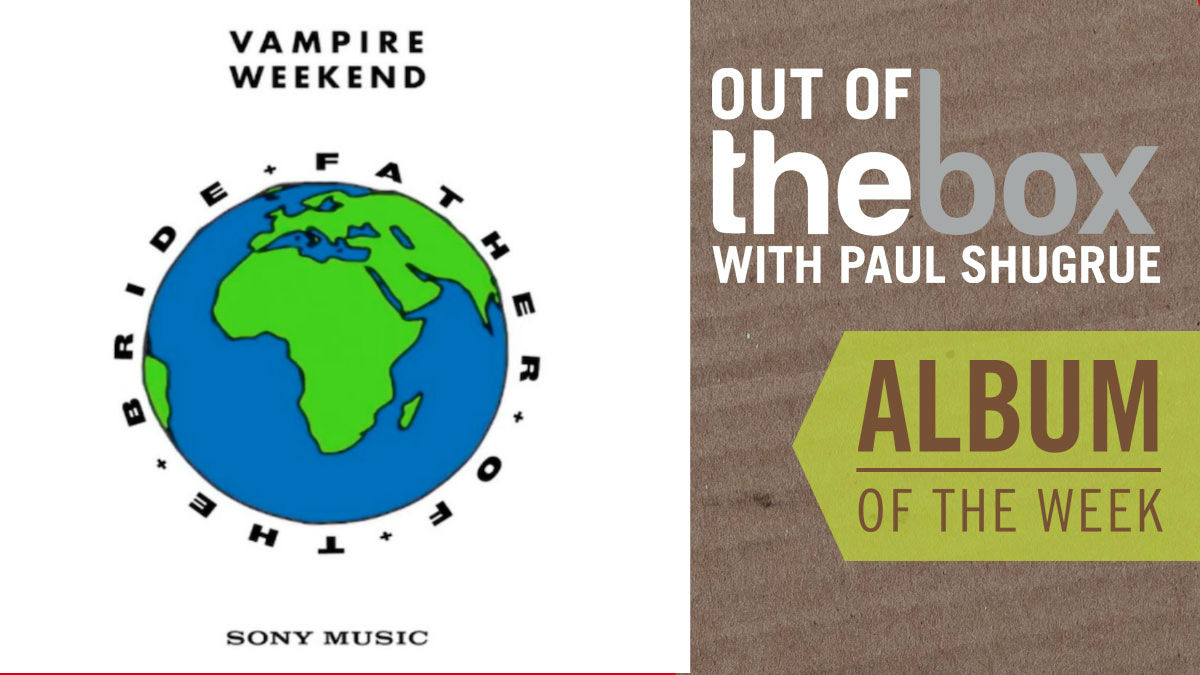 Vampire Weekend’s first album in six years “Father of the Bride” reflects a lot of changes, their move to Los Angeles from New York and the departure of Rostam, the song writer and multi-instrumentalist. Ezra Koenig, the band’s leader more than makes up for the wait, the so-cal locale and altered lineup with an 18 song tour de force of irresistible, imaginative and trend setting music.

The band doubles down on their habit of writing bouncy, bright songs about suffering, unpredictability their strong suit. With the sheer number of songs on the album there are plenty of sharp left turns musically always coming back to the joyous arrangements and inventive wordplay.

HAIM’s Danielle Haim shows up on a couple of the album’s highlights. They are two of the songs that reveal a new approach by Koenig, he says he wants to write songs that can be more immediately understood without delving into politics and history.

Father of the Bride is Vampire Weekend's fourth album and catches the band at the height of their creative powers. With the intricate vocal arrangements and experimental nature of the intstrumentation it’s easy to compare the new album with Brian Wilson’s best work with the Beach Boys in the late 60’s. Good vibrations indeed.