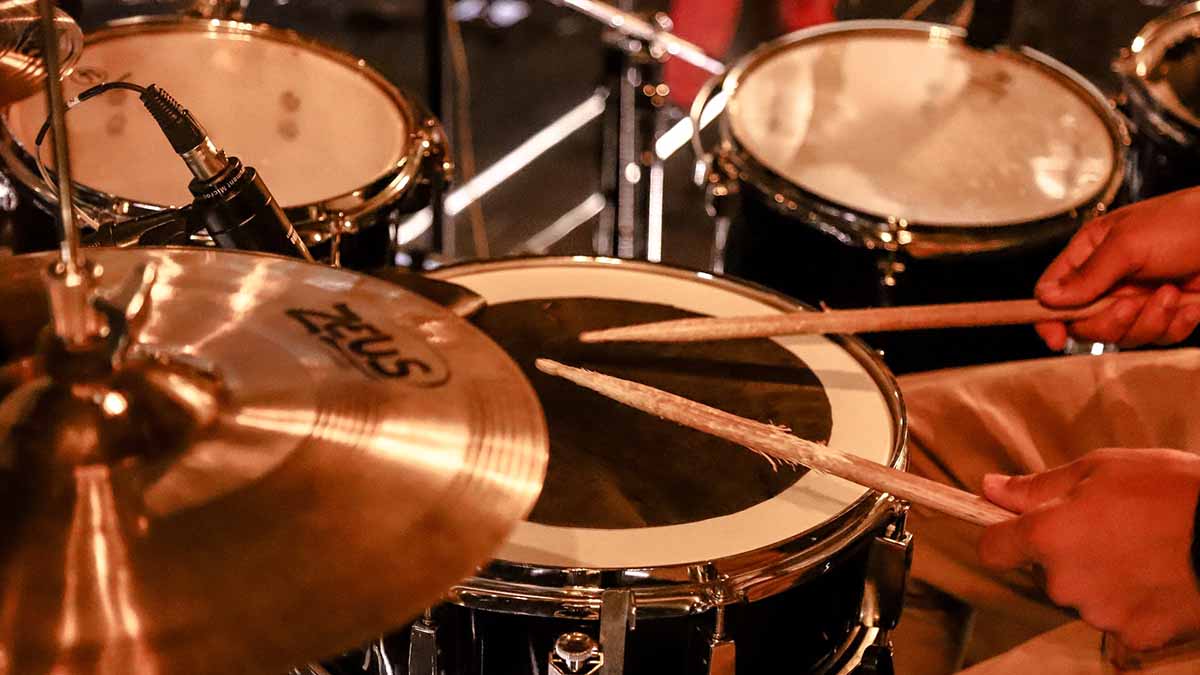 Photo by Luana Azevedo on Unsplash.com.

Jae Sinnett: A Passion for Drumming

Someone asked recently, “Jae, what’s your passion?” I said, "I have passions. Plural." I think it’s very important to have passions because they help to keep us balanced. Healthy passions enable us to use our brains creatively and constructively and keep us connected to positivity. Cooking is one of my passions as many know. I have my Cooking with Jae show, and now I’ve started my cooking business venture, The Cosmopolitan Palate. Broadcasting became a passion. That was a surprise because I ended up in broadcasting on a fluke. Wasn’t something I planned but it was a new challenge that I embraced and now almost 33 years later, I can say I’ve made the best of that challenge.

I grew up near Pittsburgh listening to the great Porky Chedwick. He was on WAMO AM radio for decades. WAMO is an acronym for the Allegheny, Monongehela and Ohio rivers and was licensed in 1956. Remember Three Rivers Stadium? There was always a great mixture of styles featured, but WAMO eventually evolved into a mostly soul format during the time I was in the area. Chedwick was the first radio “jock” I heard with the “personality.” He was the ”Daddio of the radio” or the “Platter pushin papa” or “if you don’t like this, you’re a donut because you have a hole in the center of your soul.” Ha! Great stuff, but it was then I started to grasp a bit of the concept of individualism in the creative process. I saw how important it was to find your voice and style when you’re creating.

My number one passion though and one I’ve been involved with since I was a little boy, is drumming. I found a picture a few years back of me holding drumsticks, banging away on a drum pad while watching the Beatles on the Ed Sullivan Show in February of 1964. That’s how far back the passion goes. I knew then, after seeing Ringo play those drums, that was it for me. I never gave it up. Drumming has been a part of my life ever since.

Drumming for me is more than just playing a beat or a drum solo or keeping time with a song. While the drummer’s main responsibility is to keep great time and feel, drumming transcends this for me. Part of it is the equivalent of someone doing a crossword puzzle in how you’re using your thought processes. I play mostly jazz at this point in my career. In jazz you must think incredibly fast and in the moment because of the spontaneous nature of how improvisation works. Jazz is not all improvised. It’s composed too, but improvisation is at the music’s core. In addition to being intellectually and emotionally stimulating, drumming is physically challenging too. It’s my main work out. People will ask what I do to keep in shape and my answer… drumming. You’re using several muscle groups with the arms, legs and torso plus the cardiovascular element is intense. It gets the heart rate up playing the instrument and you sweat much… making it a fantastic body work out. I’m reminded of the great Buddy Rich who suffered four heart attacks in his life. People asked him all the time why he would sweat so much when he played. His response was, “that’s the good sweat.”

Jae Sinnett hosts Sinnett in Session, The R&B Chronicles, and Students in Session on WHRV FM. He also shares his love of the culinary arts on Cooking with Jae on Facebook every Sunday at 6 p.m. Plus, catch up with past episodes.