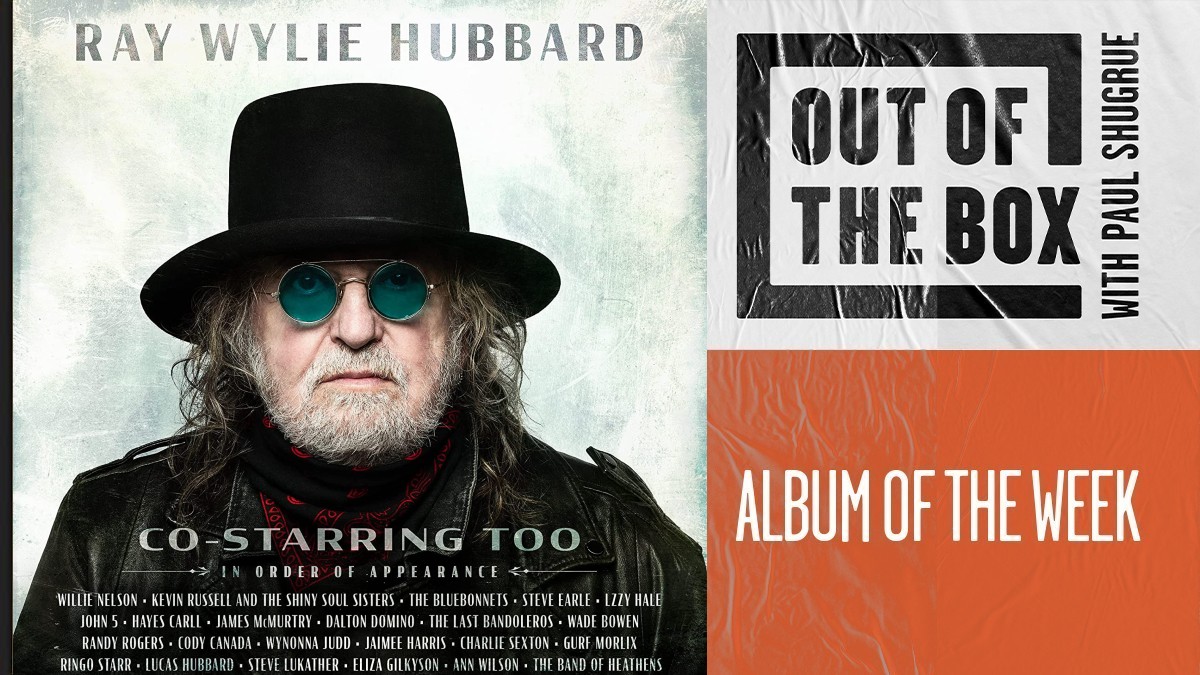 Ray Wylie Hubbard’s new album “Costarring Too” is an example of, if it ain’t broke don’t fix it. The album is the followup to his 2020 collection of collaborations and features an even more impressive lineup of guest musicians.

Hubbard’s been around for over 40 years and the artists who join him are all fans of his insurgent outlaw country persona. On the new album, as with the previous release he’s tailored the songs to the act he is performing with, like Willie Nelson.

Others artists on the album include Steve Earle, Hayes Carll, James Mcmurtry, Ringo Starr, Eliza Gilkyson and more. As the title suggests, “Costarring Too” has the focus directly on Ray Wylie Hubbard and not just the guests. These are songs that would have legs without them.

The 75 year-old Hubbard’s gruff voice and sharp witted songs are enhanced by the stellar lineup of guest artists on “Costarring Too” but he holds his own as a spinner of tall tales and if nothing else, he’s getting better at it.