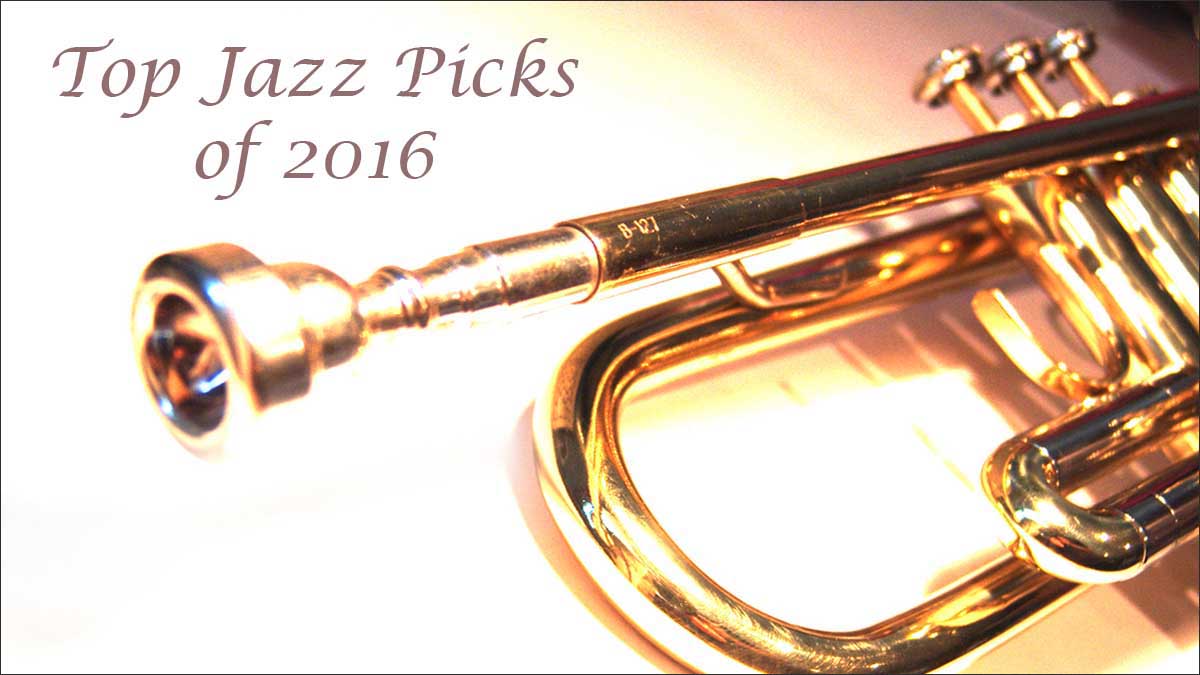 Jae Sinnett hosts Sinnett in Session and The R&B Chronicles on WHRV 89.5 FM. Here are his top jazz picks of 2016.

9. Pat Metheny Unity Band – The Unity Sessions – Beautifully layered compositions. Thick in complexity and movement but I could stand a bit more soul in the mix. The high level playing though makes up for much of what’s not felt.

8. Silvano Monasterios – Partly Sunny – An amazingly rhythmic pianist that is also a visionary composer. He’s great at creating space for his band to shine and forward movement in his songs…demonstrated through smart playing and sophisticated pacing.

7. Hiromi – Spark – Acoustic fusion is how I would describe her music. She’s a blistering technician with chops to spare but brings some soul to the table. I love the fact she uses acoustic piano with electric bass in a non-swinging eighth note context. It simply feels better. Also some amazing power fusion drumming from the great Simon Phillips and bassist Anthony Jackson is one of the most solid and grounded bass players playing today. Fabulous chemistry in this trio.

6. Jacob Collier – In My Room – Certainly the most original and varied record I’ve heard this year. It’s not all jazz but it happens as a result of jazz. It’s incredibly diverse in conceptual direction with ridiculously complex vocal layers and fascinating harmonic vision. I only wish he would have played more acoustic piano on the date. He downplayed that part of his extraordinary talent.

5. Branford Marsalis Quartet with Kurt Elling – Upward Spiral – One of the best jazz vocalists today teaming up with one of the best saxophonists…creating at times scorching hard swinging textures and other times introspective tone poems that drip with melodic beauty and soulful sincerity.

4. Ben Wendel – What We Bring – Wendel’s compositional original voice merges a younger generation sensibility with old school sophistication. Visionary in its tone and texture and melodic connectivity. I actually remember some of these melodies and that’s saying a lot for jazz these days.

3. Etienne Charles – San Jose Suite – I had the pleasure of seeing Etienne perform this music live before the record was released. His magnificent writing features detailed tonal avenues on top of beautifully constructed rhythmic dances. Through this sound you hear and see the historical journey of San Jose. It’s in the story of this unique musical language… beautiful in its organization and conceptual direction.

2. Damian Draghici – The American Dream – Well, if you would have told me ahead of time I would be diggin a pan flutist playing bop I probably would have thought you were joking. One of the most uniquely original releases I’ve heard in a while….like Jacob Collier… but definitely more jazz in intentions and direction. Draghici is a virtuoso on the instrument. THIS is fresh. Never heard anything like it before and I doubt I will again. Remarkably inventive.

1. John Beasley – Monk’estra – My top jazz pick of 2016. It’s always a risk taking material that’s been played to death…trying to transform it into fresh ear food but Beasley manages to redefine Monk on his terms while respecting the composer’s compositional intentions and purpose. Playing Monk is never easy because it’s so deeply connected to that one spirit and soul. It’s easy to infringe on Monk’s process with an attempted remake but I can’t help but believe Monk would be laughing out loud and nodding his coconut in approval listening to these re-inventions of his music. I’m on an emotional and sonic edge every time I hear this record. It makes me feel like I’m in a small town I know very well, on a street I don’t, but thinking I’m too curious to care if I may be a bit lost because I’m digging where this road is taking me.