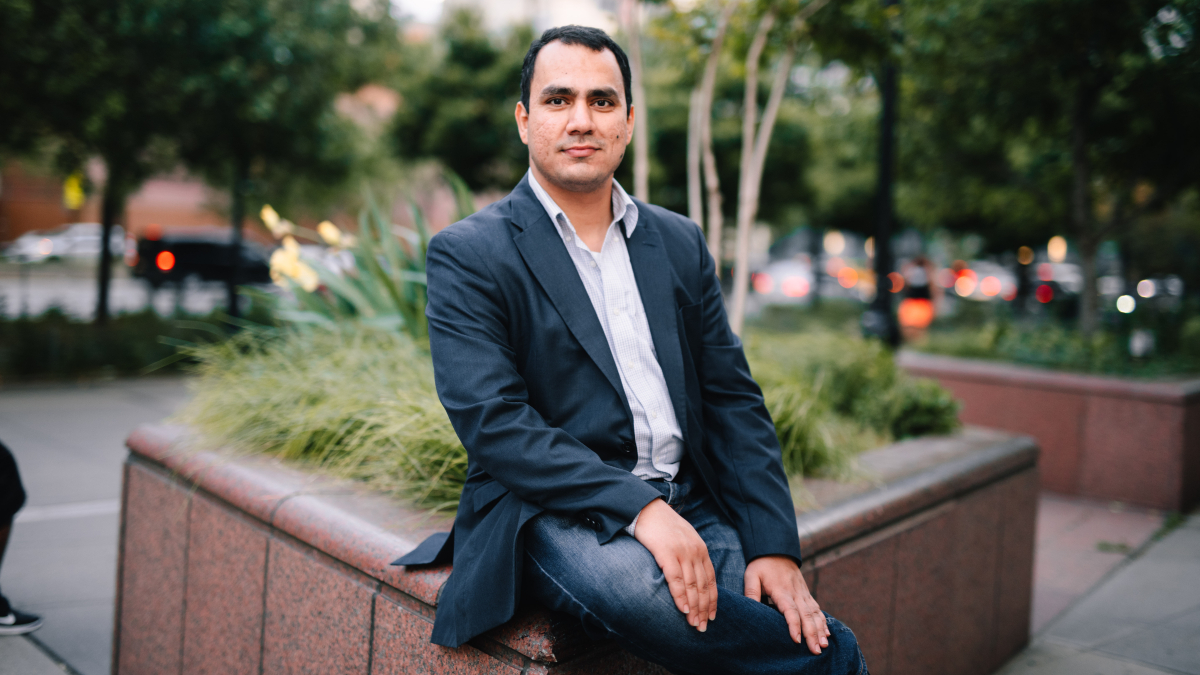 Photo courtesy Faisal Al Mutar. Faisal Al Mutar founded "Ideas Beyond Borders" in 2017. One goal of the organization is to translate books and articles into Arabic.

According to Faisal Al Mutar, less than 1% of internet content is available in Arabic. He says this situation sustains a bubble of misinformation in the Middle East.

Al Mutar was born in Babylon and raised in Baghdad, where he experienced civil war and ideological extremism most Americans could not imagine. He lost his brother and cousin to violence in his neighborhood. In 2013, he came to the United States as a refugee.

Al Mutar was fortunate to receive a wide-ranging education through his parents, but many people from his homeland are not so fortunate. After arriving in the United States, Al Mutar founded Ideas Beyond Borders to provide educational opportunities to people who have little or no access to information about science, literature, philosophy, and history.

"Most anti-extremism and counter-terror organizations address individuals at the end of the spectrum – converted extremists that are ideologically primed to commit acts of hate and violence. Ideas Beyond Borders empowers individuals before extremism has taken root by providing ideological alternatives and fresh information.”

In this interview on Watching America, Al Mutar has a compelling discussion with host Dr. Alan Campbell about his experiences in the Middle East and the mission and work of Ideas Beyond Borders.

Al Mutar received the President’s Volunteer Service Award from President Barack Obama and is a Fellow at the Elevate Prize Foundation. Ideas Beyond Borders is a nonprofit with Special Consultative Status to the United Nations. An important project the group is currently working on is funding underground schools for girls in Afghanistan where the Taliban has banned girls from mainstream education.