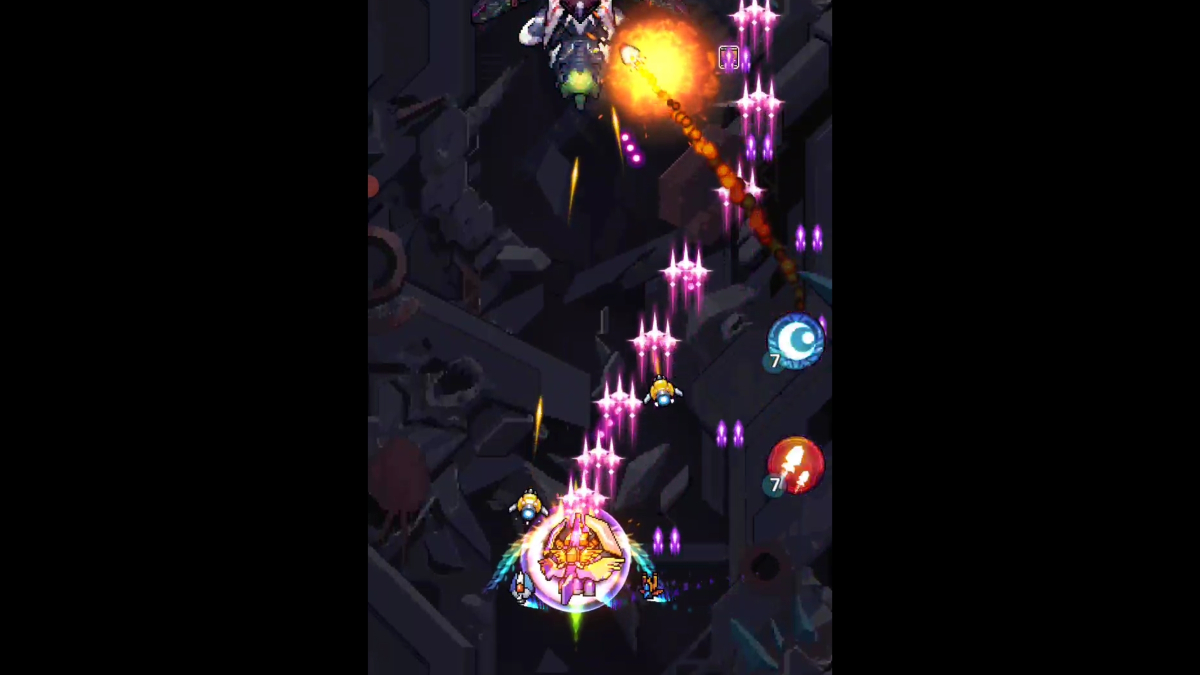 Photo by Gina Gambony/WHRO. Falcon Squad is not just a game about saving the galaxy. It's also about making friends.

The last couple of years has had a strange effect on many of us. WHRV's Gina Gambony is no exception.
For this episode of Open Channel, she reflects on a new hobby she acquired quite unexpectedly ….

When my son was about 7 years old, his dad got him a Playstation or a Nintendo or something of that nature for Christmas. My boy was instantly addicted to playing it and would have meltdowns when it was time to read a book at bedtime.

We would like to have commentaries on the program from our listeners who have something to say about their experiences.
If you are interested in creating a commentary, send an email to This email address is being protected from spambots. You need JavaScript enabled to view it..

Within one week, I not only got rid that game box, but the entire television. It wreaked havoc on our lives.

I became very anti-video games after that. I didn’t get my son a cellphone until he was nearly 16—and it was not a smart phone, because: video games on smartphones.

But … I had a secret. When I was a kid, I was a huge arcade game fanatic. I loved Ms. Pac-Man, Tempest, Q*Bert, and most of all, Galaga.

Just the sound of it makes me think of carefree days at the 7-11 with a pocketful of quarters, shooting alien ships with abandon.

It was a good thing I couldn’t play Galaga at home in my living room. I would have done nothing else --- just like my son with his Playstation (or whatever it was).

I didn’t have an interest in video games after I grew up, though, and obviously I kept them from my child. But something strange happened a little over a year ago.

November 2020 was a strange time for me. I think it was the phase of the pandemic where I was eating chocolate cream pies—ENTIRE chocolate cream pies---on a weekly basis. All by myself. I think this is because as a child, I would always get chocolate cream pie for my birthday. I haven’t seen a therapist about this, but I think I had some kind of regression to childhood going on—one of various strange pandemic responses, perhaps.

At any rate, I found out midway through November 2020 that I’d be spending Thanksgiving alone. And somehow, around that time, I saw an ad on my phone that said Galaga.

Now, it wasn’t actually Galaga. Instead, it was a game called Falcon Squad that advertised itself to be like Galaga. And I was pulled in.

It’s a really cool game. You start with one space ship, but you can scrounge your way up to a fleet of up to 11 ships—plus a multitude of drones and special wings. It is kind of like Galaga, a space-shooter game, but you’re shooting at aliens who are basically weird insect-type creatures who are trying to kill you.

And you can join teams and have wars against other teams.

I admit, the music isn’t great.

On Thanksgiving Day in 2020, all alone, I played Falcon Squad all day long. In a few months time, I joined a team. Eventually, I made some friends. Like Marlo, the captain of my team, Snow Eagle.  Phil teaches math in Missouri. He does all the stats so we launch a good battle. And there’s crazy Jimmy in Georgia, Sweet Dee, moody and meticulous FiFi. And Jerry, the big joker. He passed away of a sudden onset of cancer recently. He gave me a lot of laughs before he left.

When I thought about making a New Year’s resolution, I considered that maybe I should stop playing Falcon Squad. I mean, is it a good use of my time?

But I didn’t make that resolution. I just decided I shouldn’t play before bed. I should be reading before bed, like I always have. Also—I started playing my own choice of music for the game. Doesn’t this sound better for protecting the galaxy?  (Do you recognize the song? It's from My Generation by The Who.)

Yes, this could be another childhood regression. Oh well. (At least it's not high-calorie?)