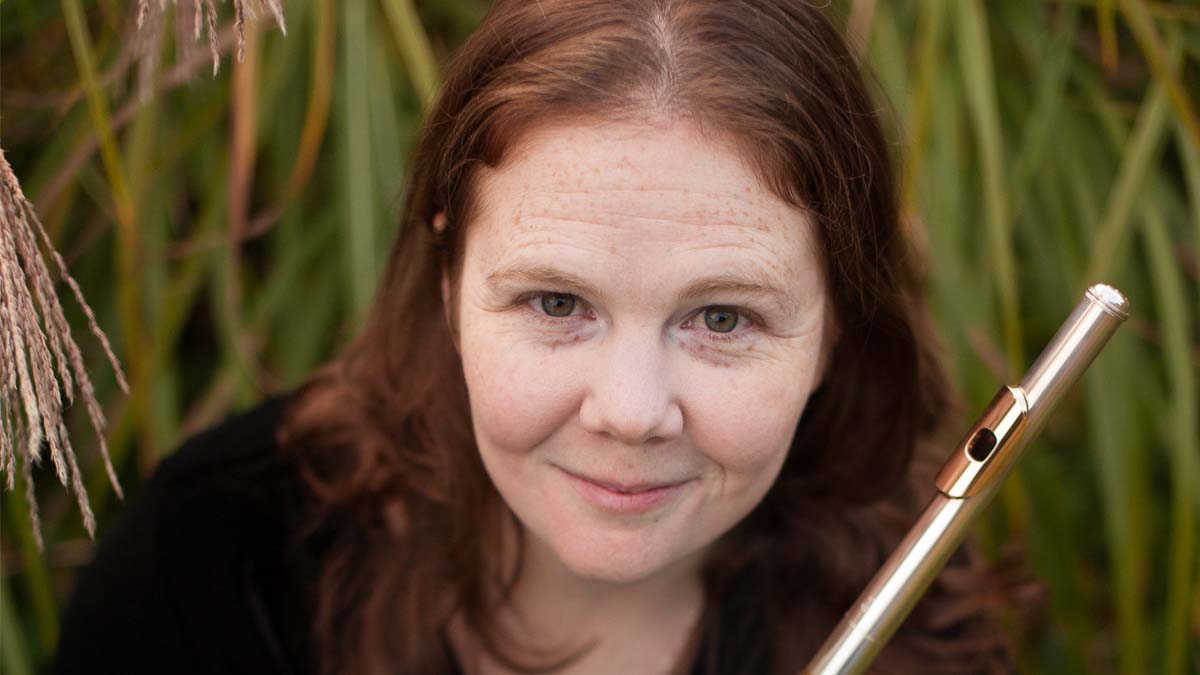 I’m delighted to partner with Dr. James Kosnik of ODU for the first performance of our new duo collaboration, a program featuring works for flute, piano and harpsichord by women composers from the 18th century through the present day. Many concert programs and classical playlists might lead one to believe that this music has been composed only by men, but in fact women have been active throughout history as both composers and performers, and have an increasingly strong presence in classical music today.

While some of these composers’ names (like Fanny Mendelssohn and Lili Boulanger) may be familiar to lovers of classical music, others are less well known. Anna Amalia of Prussia was the youngest sister of Frederick the Great; she was born in 1723 and was dedicated to music throughout her life, studying and composing as well as amassing an important collection of manuscript scores in her library. Following Anna Amalia’s “Sonata in F” for flute and harpsichord we’ll present a modern work for that same instrumentation, the intricate and evocative “Florescence” by American composer Ingrid Arauco.

Other highlights of the program include the fanciful “Forlane” by Germain Tailleferre, the only female member of the group of French composers known as “Les Six” in the early 20th century; an emotive work for solo bass flute by the young British composer Shiva Feshareki titled “She Cried”; and the sparsely beautiful “Parlando” from German composer Barbara Heller. We’ll also enjoy several works in more traditional styles, including pieces by Mendelssohn and Boulanger, and finish the program with the music of Leopoldine Blahetka. Blahetka was a child prodigy pianist and often included her own compositions on her concert tour programs. Her “Variations for flute and piano, Op. 39” is a fun and flashy 19th-century showpiece in quintessential salon style.

The concert will be held in Chandler Recital Hall in the Diehn Center for the Performing Arts at Old Dominion University, Sunday, January 20, at 7:30 p.m. It is free and open to the public, and we hope you can join us for this exciting evening!