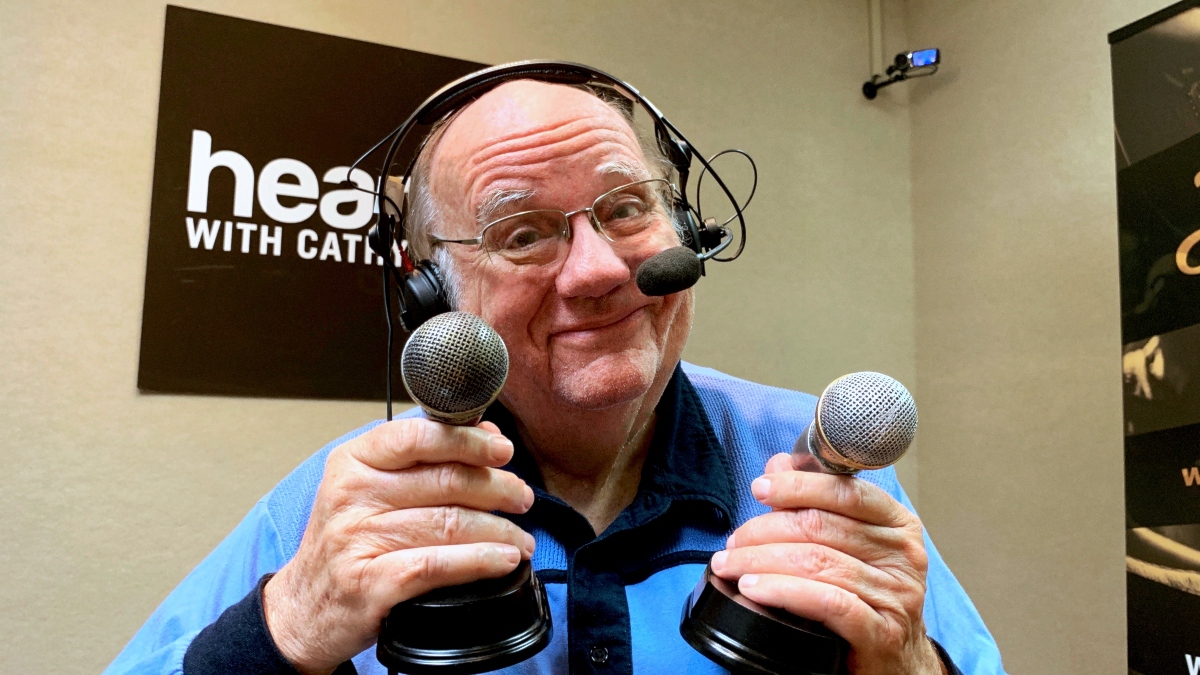 Photo by WHRO. Vincent hosted the WHRO podcast “This Week in Mal’s World” and was a regular guest on WHRV’s “HearSay with Cathy Lewis.”

Mal Vincent, the longtime Virginian-Pilot movie and theater critic, died over the weekend. He was 83.

Vincent hosted the WHRO podcast “This Week in Mal’s World” and was a regular guest on WHRV’s “HearSay with Cathy Lewis.”

He was known for his colorful stories about meeting famous Hollywood movie stars like Audrey Hepburn and Elizabeth Taylor.

“He was a Jedi Master storyteller,” Danny Epperson, a past producer for “Mal’s World,”  said in an email.

Born in the small town of Roanoke Rapids, North Carolina, Vincent had a thick southern drawl.

Epperson recalled one of Vincent’s trademark stories: The time he gave Sir Laurence Olivier pointers on how to deliver a proper “southern accent.”

Vincent started writing for the Pilot in the 1960s and continued freelancing until his death.

Denise Watson, features editor for the Pilot, said he was working on a piece to turn in this week.

She met Vincent when she started working for the paper in the 1990s.

“He just really believed in entertaining people,” Watson said. “That if you gave them great stories they would appreciate it - well, no they wouldn’t appreciate it as he would say - but it was his job to give that to them.”

In addition to his newspaper reviews and radio appearances, Vincent hosted a summer movie series at the Naro Theater in Norfolk.

Thom Vourlas is co-owner of the Naro. He said hundreds of people came to the movies during Vincent’s series even if they had never heard of the film.

“They would always do business because people wanted to hear him talk and see him,” said Vourlas. “He was always among the people.”

Vourlas said they’ve thought about doing a similar series with a new host, but it just doesn’t feel right.

“Nobody can do it,” Vourlas said. “He’s irreplaceable.”