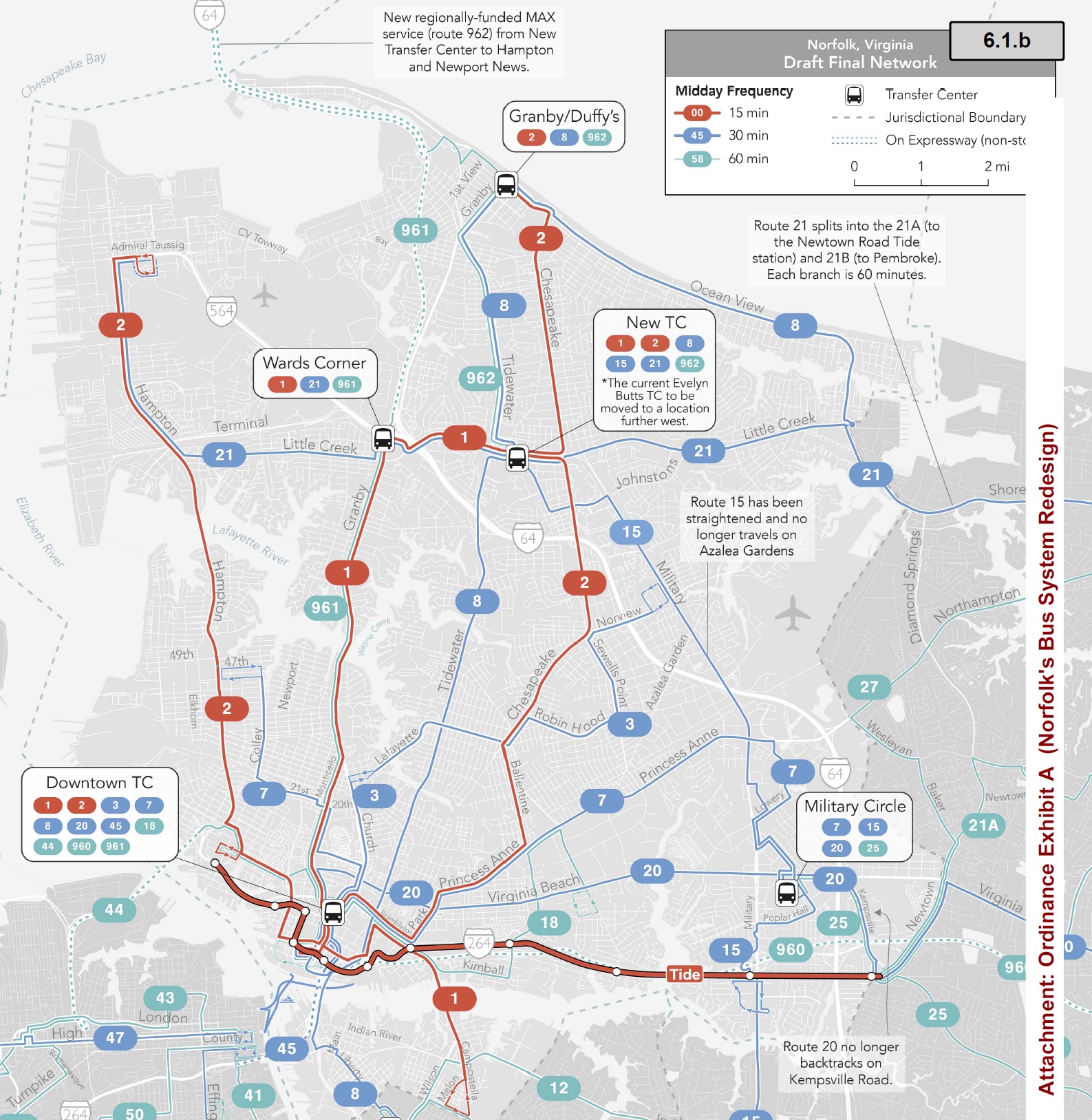 The planned Norfolk bus route overhaul. (Courtesy of the City of Norfolk)

The redesign is primarily focused on reducing wait times for buses by implementing more direct routes. It means fewer but more frequent routes.

Most current bus routes only see a bus every half hour. Some wait for as long as an hour.

The hope is the changes will encourage more riders to counteract sagging ridership.

The city wanted to implement the rework in the spring. But at a March meeting, members of Norfolk’s City Council said they felt the city’s plan didn’t take into account issues for poor and minority residents.

The council voted the plan down along racial lines in a 4-4 vote, with the body’s four Black members voting against it.

The city held additional public comments and town hall meetings this summer to update the plan with more feedback.

The most notable change between the plan presented in March and the one approved Tuesday is increased service between Naval Station Norfolk and Old Dominion University.

Because the city’s plan cuts the number of routes while upping frequency, the updates are only projected to increase the cost by about 1%, city documents said.

Meanwhile, HRT is also mulling possible additions to the Tide light rail line, exploring a run from where the line stops at Newtown Road up to Military Circle.

Further down the line, light rail expansions to Norfolk International Airport or down to Chesapeake are also under consideration.