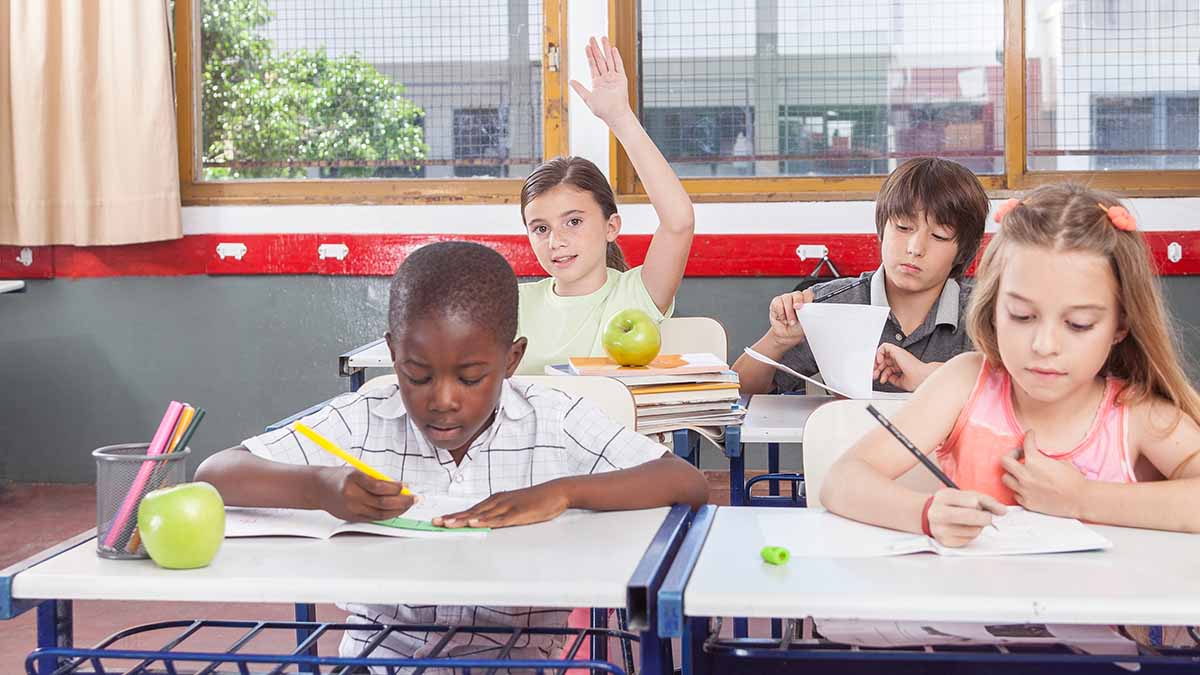 As students head back to school in a nation that is still grappling with a pandemic, teacher shortages, and concerns over the mental health of both teachers and students, there are many complex issues facing America's schools and universities. APM Reports, a national investigative journalism and documentary group, is exploring these issues in a series of new education documentaries.

These hour-long specials will air on WHRV 89.5 FM throughout September. You can also listen to them live online.

Schools around the country are struggling to find enough teachers. Many quit after a short time on the job, creating a constant struggle to replace them. Each year, there are close to 300,000 first-year teachers in the nation’s classrooms. At the same time, enrollment in teacher training programs at colleges and universities is plummeting, and schools are looking to other sources to fill teaching positions. In Nevada, a desperate need for teachers this year led to allowing people with just a high school diploma to fill in as substitutes. Oklahoma recently changed its law to allow people with a bachelor’s degree — in anything — to teach indefinitely on emergency teaching certificates. Schools in Texas are increasingly turning to for-profit teacher training programs. We’ll look at the implications of these changes, both for the children and for the teaching force.

About the hosts:
Alex Baumhardt produces APM Reports’ Educate podcast along with national radio documentaries. She has reported nationally and internationally, from the Arctic to the Antarctic and is an alumna of the U.S. Fulbright program. Shabby Robinson produces stories for the Educate podcast and investigative and documentary projects for APM Reports. She is a reporter at the Washington Post. Will Craft is an award-winning data reporter for APM Reports and the podcast In the Dark.

Even before the pandemic, campus counseling services were reporting a marked uptick in the number of students with anxiety, clinical depression and other serious psychiatric problems. A 2019 survey found that 66 percent of college students felt overwhelming anxiety during the last year. Almost half felt so depressed that it was difficult to function. Some 13 percent seriously considered suicide. Students and parents are pressing colleges to provide more support and accommodations for students with mental health challenges. College administrators are feeling pressure to do more to retain students whose mental health issues might otherwise lead them to drop out — and to ensure that students don’t harm themselves or others. This collaboration between APM Reports and the Call to Mind project asks: What is a college’s responsibility for helping students navigate mental health challenges, and how well are colleges rising to the task?

About the hosts:
Alisa Roth is the mental health correspondent for APM Reports, a Rosalynn Carter Mental Health Journalism Fellow and the author of Insane: America’s Criminal Treatment of Mental Illness. She has been a Soros Justice Fellow and a Fulbright scholar, and her work has appeared in many media outlets. Sasha Aslanian is an award-winning producer and correspondent for APM Reports, where she has covered education, human trafficking and criminal justice among other issues.

This hour explores a sea change in the number of foreign students attending U.S. colleges, which have typically attracted more than a million international students a year. Higher education is one of America’s top service exports, generating $42 billion in revenue — money those institutions need, given the drop in public funding. After the Great Recession, a rapid rise in full-pay international students, especially from China and India, helped make up for the loss of public support. But the money spigot is closing. The pandemic, visa restrictions, rising tuition, and a perception of safety issues in America have driven new international student enrollment down by a jaw-dropping 72 percent. Tuition dollars aren’t the only loss. In the past, international exchanges served as a form of diplomacy, forging ties to other countries. In this hour, we team up with Karin Fischer of the Chronicle of Higher Education to trace America’s rise as a global beacon for higher education and examine what’s lost as that changes. Listen to the program.

About the hosts:
Karin Fischer is a correspondent for the Chronicle of Higher Education and a research associate for at the Center for Studies in Higher Education at the University of California, Berkeley. Sasha Aslanian is an award-winning producer and correspondent for APM Reports, where she has covered education, human trafficking and criminal justice among other issues.