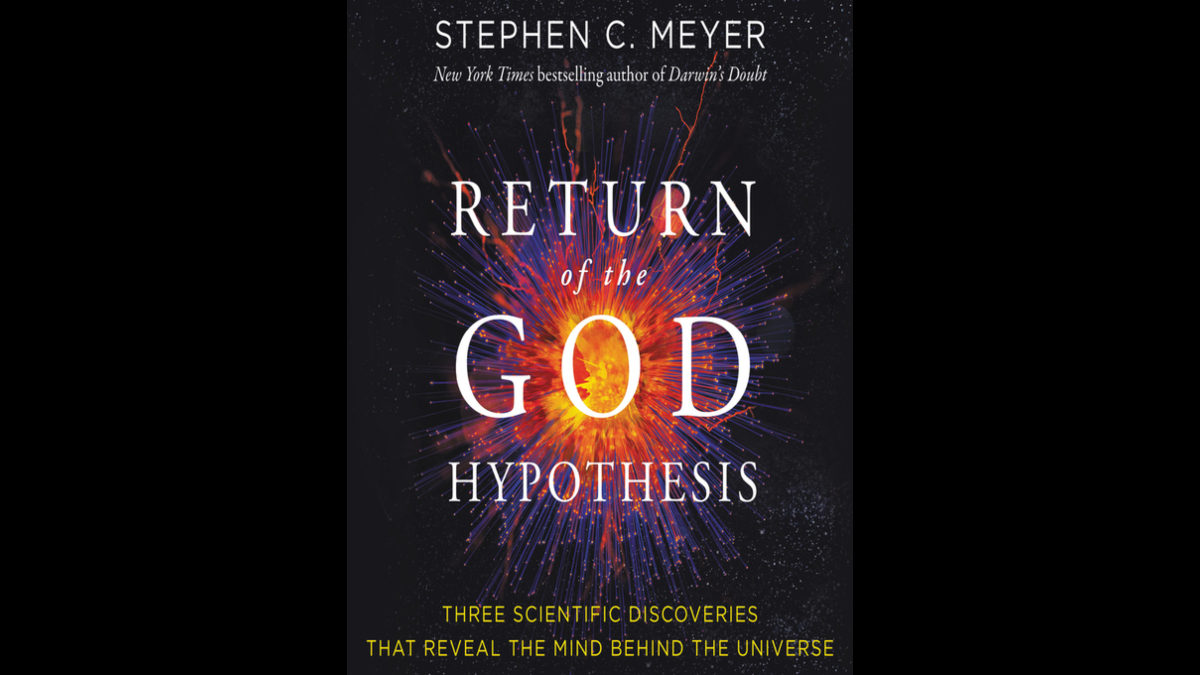 The Return of the God Hypothesis: Three Scientific Discoveries That Reveal the Mind Behind the Universe

Watching America: "The Return Of The God Hypothesis" By Stephen C. Meyer

Dr. Stephen C. Meyer has dedicated his life to the philosophy of science in an attempt to answer some of the most pressing questions in the universe.

In this episode of Watching America, Meyer talks about his book, Return of the God Hypothesis. While intellectuals in the 19th century began rejecting the place of a "prime mover" or transcendent mind in scientific pursuits, Meyer details three modern scientific discoveries in biology, physics, and cosmology that he says have decidedly theistic implications. You don’t want to miss this thought-provoking conversation between Meyer and Dr. Alan Campbell.

Meyer received his Ph.D in the philosophy of science from the University of Cambridge. He was a geophysicist and college professor, and now directs Discovery Institute’s Center for Science and Culture in Seattle.

Other books by Meyer include the bestseller Darwin’s Doubt and the award-winning Signature in the Cell. His work can be found in various publications and media, including Wall Street Journal, USA Today, Jim Lehrer News Hour, Nightline, and The Tavis Smiley Show, amongst many more.