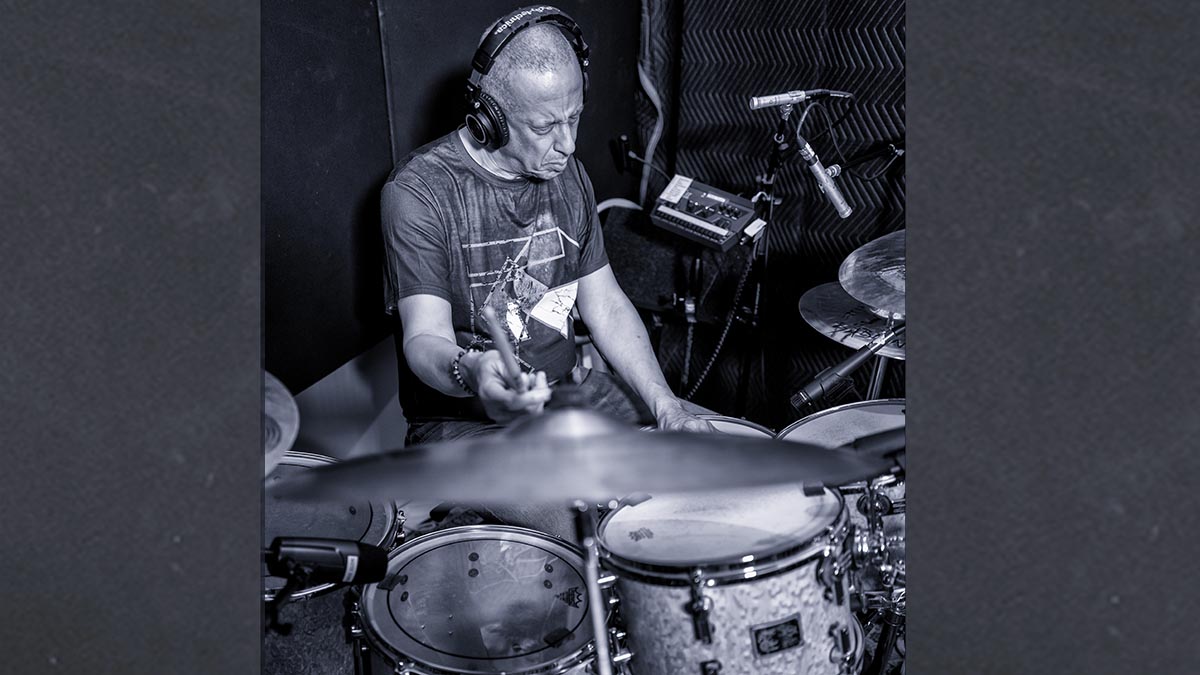 "You Still Play At Your Age?"

"While having some work done in my new home last week one of the young technicians noticed my drum kits and said..... "Yo, dope!!! You STILL play dude?" I asked, what does that mean...do I STILL play? I said, "They're not decorative pieces." He said, "At your age?" Ahhhhh....now I get it. He said enough for me to know he played drums at some level. He asked me to play something and I said no. He joked..."Cause you would be slippin?" I said, "Nah, my brother, I'm not going to play because I have nothing to prove or any need to. You'll just have to take my word for it that I can play."

See, there are so many perceptions in this and they're not unfamiliar. Those of us "older" folks know the perceptions that can be leveled, but it's really interesting in music. Us "older" musicians are often times heard differently or viewed as out of touch. Or we play "the old" stuff. We're not up on what's happening now or we've had our run so we should step aside. I asked him what music he played and he said "mostly gospel." He named a few drummers he liked...some that I've heard. Great players. I call them "chop-sters." There's a lot of that in gospel drumming, but for the most part it's not my thing. He asked me who I listened to and I share some of the great names....Philly Joe Jones...Max Roach....Tony Williams....Jack DeJohnette....Steve Gadd...Billy Cobham...Peter Erskine...etc. None of which he heard of but that's not surprising.

It's not surprising because it seems to me a lot of these young players are only listening to each other...in their contemporary circles. The importance of completely grasping the history doesn't seem to be significant above a passing fancy with many. This is why I don't personally care for much of what's happening now. There are a few exceptions of course but for the most part I have little emotional connection to what's being played today in many circles. One thing I'll give my generation...we LISTENED to what preceded us. In a serious way and we retained. That's why we keep going back, because we have a hunger for the feel of how much of that music was played back then. That spirit. That vibe. That emotional content, but saying "back then" puts us out of touch with this younger generation. We think many of them are out of touch by not doing so. Ha!

There's also a sound narrative that's been established over the past 25 years. Technological advances have created new aural landscapes...but fewer musical ones. That's what was happening before technology. Musical advances. It seems now that if we're not incorporating these synthetic elements, the older crew is out of touch. We're "old school" or just old. No, many of us "older" cats just choose to play our acoustic instruments--with a certain level of emotional responsibility.

I told him that I'm not out of touch because I don't gravitate towards what he enjoys. I just have different listening preferences, and it's not about repeating history. He has to learn to understand and respect differences. I also told him the creative process is profoundly important for me. It brings much fulfillment into my life, and I take performance art very seriously. You have to learn to value the things you love, and age has nothing to do with it. You can either play or not. At 80 years old or 20. At 60 or 15. Doesn't matter.

I closed with him sharing that it takes time to create something meaningful. Something lasting. A style. A signature. When you don't look at the process like it's a game or low-grade sporting event, it will start to truly mean something to you, and if you don't get that you'll only produce shallow, forgettable layers of what you think is cool. A few minutes ago I received an email from him asking me questions about some of the names of those I said I listened to. Perhaps there is hope.

Hear Jae Sinnett on WHRV FM on Sinnett in Session and The R&B Chronicles. Also, check out his culinary talents on his weekly Facebook series, Cooking with Jae.