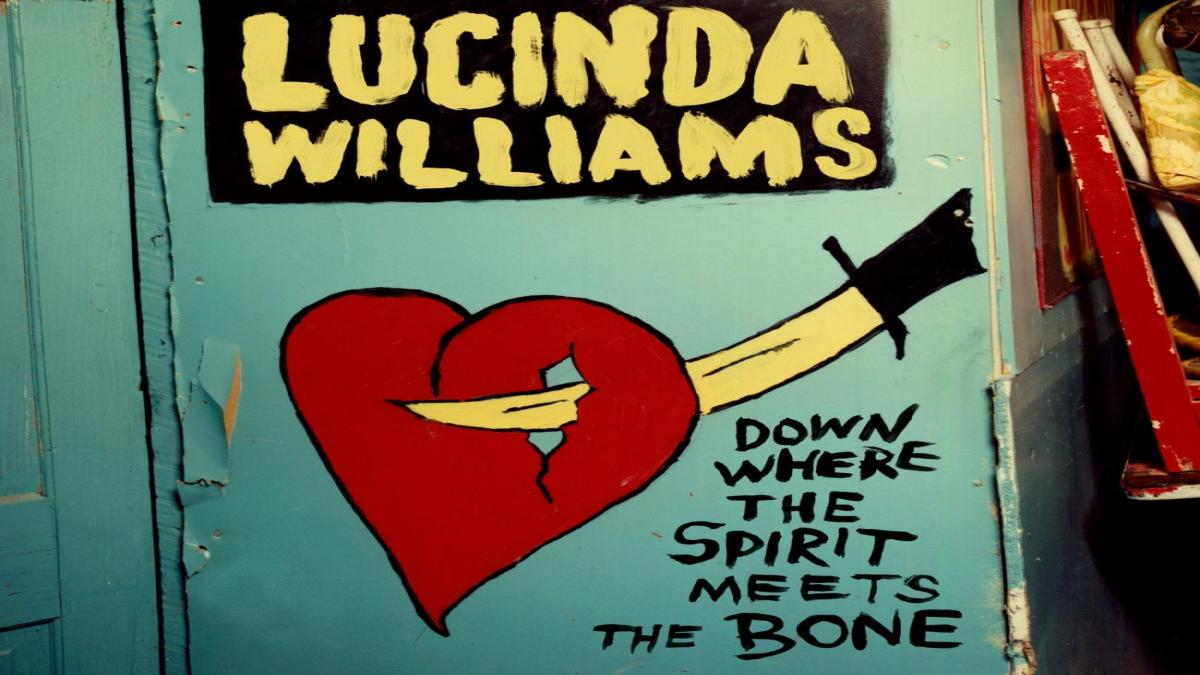 Lucinda Williams first double album of all new songs “Down Where the Spirit Meets the Bone” is a statement of independence. It’s the first of her eleven albums on her own label and you can feel the spirit of her finally doing things her way on the albums twenty stellar songs.

The main theme of the album is compassion, epitomized in a song taken from the poet Miller Williams, Lucinda’s father.

The guitar work is superb through out the album as Greg Leisz, Tony Joe White and Bill Frisell fill the voids between Lucinda’s lyrical highs and lows, creating an edge to match her weary vocals.

Jakob Dylan joins in harmony of an aching Americana song.

"Down Where the Spirit Meets the Bone," with it’s country blues guitar, top notch acoustic balladry, tight arrangements and Rock & Roll attitude is that rarest of artistic feats...a double album set with no filler.