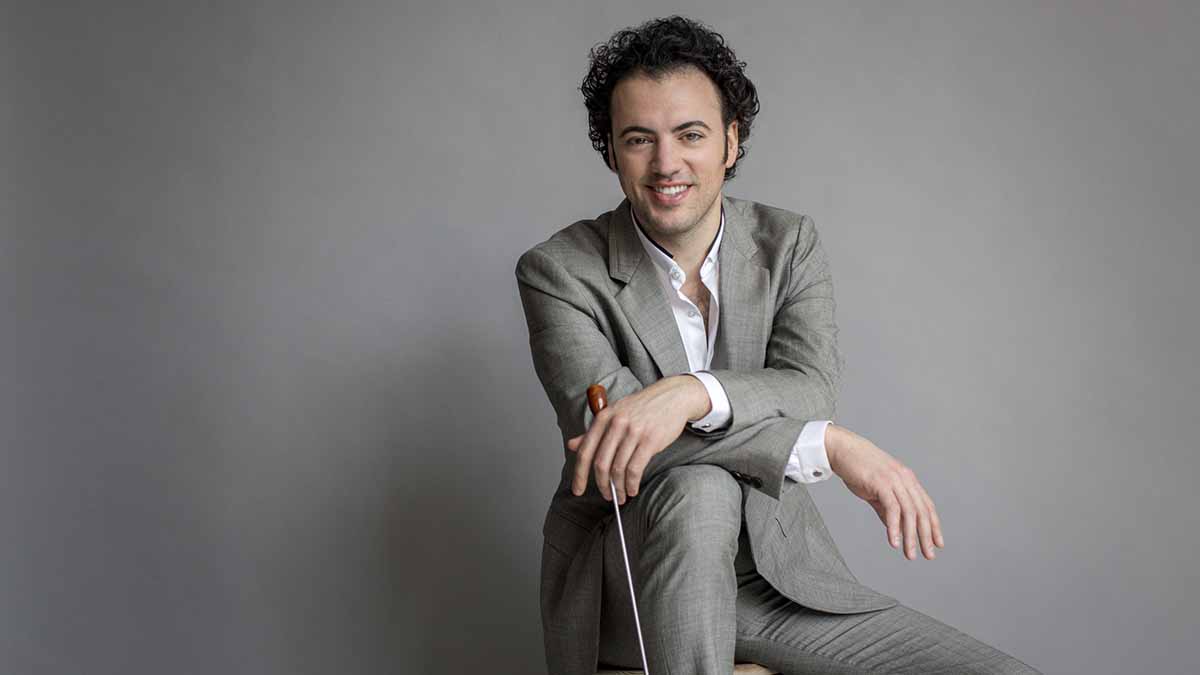 Courtesy of the Virginia Symphony Orchestra.

Hailed by the Los Angeles Times as helping to ensure “the future of classical music in America,” Jacobsen, 38, has already carved out a reputation as one of the classical music’s most exciting and innovative young conductors. He combines the best of the core classical canon with cutting-edge collaborations and projects that cut across musical boundaries, captivating both traditional as well as younger and more diverse new audiences.

Jacobsen is currently the artistic director and conductor of The Knights, a NYC-based orchestra known for its adventurous programs and cross-genre musical partnerships. He is also Music Director of the Orlando Philharmonic Orchestra and the Greater Bridgeport Symphony in Connecticut.

"The Virginia Symphony has been wonderfully warm and welcoming to me, and I am overjoyed to be joining as Music Director!” said Jacobsen. “Music is the deepest, most powerfully meaningful form of communication I know, encompassing the entire range of human emotions from towering transcendental experiences to moments of sheer lightness and joy. It also offers virtually endless possibilities for discovery, and I'm so excited to embark on this journey of exploration with the musicians, staff and audiences of the Virginia Symphony."

Jacobsen becomes the twelfth music director in the VSO’s 100-year history, succeeding JoAnn Falletta who stepped down in 2020 after 29 years in the role, and is now the orchestra’s Music Director Laureate.

In making the announcement, VSO President and CEO Karen M. Philion said the selection of Jacobsen signals an exciting new chapter in the organization’s history. “In 1991 the VSO made a bold decision when it chose JoAnn Falletta as its music director. We now look forward to building on our success and momentum. Eric’s innovative vision, musical curiosity, and boundless energy are in perfect alignment with this moment, and with the VSO’s commitment to serve the entire community in new and exciting ways.”

The VSO’s international search, which attracted more than 100 candidates, was chaired by Michael R. McClellan and his wife Andria, leading a committee made up of community leaders, musicians, and board members. In making the announcement, McClellan said the committee was impressed first by Jacobsen’s musicianship but also by his charisma, inclusivity, and thoughtfulness. “The joy he has for making music is contagious,” McClellan said, adding “I believe his approach to collaboration and making concerts fun experiences will energize a new generation of musically curious audiences.”

Hailed by the New York Times as “an interpretive dynamo,” conductor and cellist Eric Jacobsen has built a reputation for welcoming and engaging audiences, creating powerful and compelling experiences around music through creative programming and meaningful artistic partnerships. Jacobsen founded the adventurous orchestra The Knights with his brother, violinist Colin Jacobsen, to foster the intimacy and camaraderie of chamber music on the orchestral stage. As conductor, Jacobsen has led the “consistently inventive, infectiously engaged indie ensemble” (New York Times) at Central Park’s Naumburg Orchestral Concerts, Celebrate Brooklyn! Festival, (Le) Poisson Rouge, the 92nd Street Y, Carnegie Hall, and Lincoln Center, at major summer festivals such as Tanglewood, Ravinia, and Ojai, and on tour nationally and international.

In his six years with the Orlando Philharmonic Orchestra, Jacobsen has pioneered the orchestra’s programming and community engagement in new and exciting directions. The 2019-20 season in Orlando included two new initiatives: Inside the Score, in which Jacobsen led the audience on a guided exploration of Hector Berlioz’s Symphonie fantastique, and Resonate, which featured a unique blend of old and new orchestral and chamber works, performed in standard and more intimate concert formats. During the pandemic, Jacobsen embraced the virtual medium and continued to engage audiences in a variety of high-energy ensemble performances ranging from full-length online concerts to social media content, many of which were self-produced.

A dedicated chamber musician, Jacobsen is a member of the Silk Road Ensemble, founded by Yo-Yo Ma, participating in residencies and performances at the Hollywood Bowl, Carnegie Hall, and across the U.S., Central Asia, Middle East, Far East, and Europe. In addition, as a founding member of the string quartet Brooklyn Rider – dubbed “one of the wonders of contemporary music” (Los Angeles Times) – he has taken part in a wealth of world premieres and toured extensively in North America, Europe, and Asia.

Married to Grammy Award-winning singer-songwriter Aoife O’Donovan, Jacobsen also finds time away from the stage for an active family life with Aoife and their three-year-old daughter, Ivy Jo.