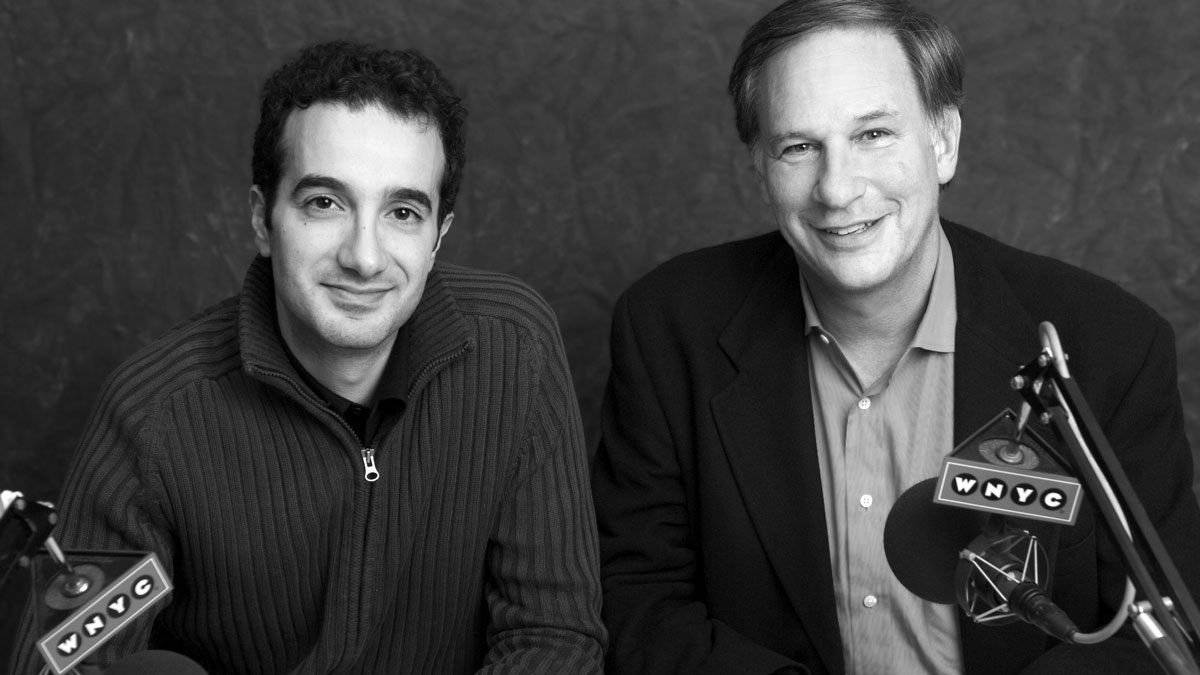 Radiolab is a Peabody Award-winning program that examines big questions in science, philosophy and the human experience through compelling storytelling.Where sound illuminates ideas, and the boundaries blur between science, philosophy, and human experience. The weekly show is hosted by Jad Abumrad and Robert Krulwich. The son of a scientist and a doctor, host Jad Abumrad did most of his growing up in Tennessee, before studying creative writing and music composition at Oberlin College in Ohio. Following graduation, Abumrad wrote music for films, and reported and produced documentaries for a variety of local and national public radio programs, including On The Media,Studio 360 with Kurt Andersen, Morning Edition, All Things Considered and WNYC's "24 Hours at the Edge of Ground Zero."

Co-host Robert Krulwich is co-host of Radiolab, and reports for National Public Radio. “Krulwich Wonders” is his NPR blog featuring drawings, cartoons and videos that illustrate hard-to-see concepts in science.   Today, its podcasts are downloaded over 4 million times each month. Radiolab is one of public radio's most popular shows.

Radiolab, Wednesdays at 1pm on WHRV