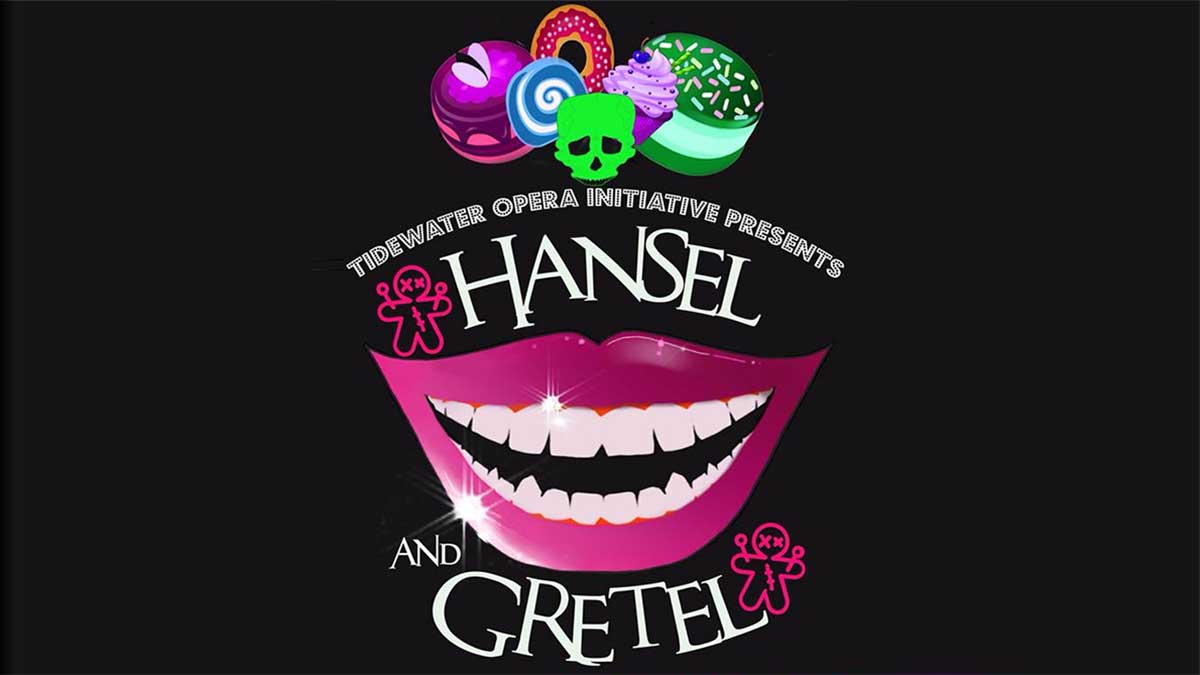 TOI’s Hansel and Gretel Full of Ghouls, Goodies, and Possibilities On Bourbon Street

Last weekend Tidewater Opera Initiative (TOI) performed their adaptation of Engelbert Humperdinck’s famous opera Hansel and Gretel. Based on the Grimms’ fairy tale, Hansel and Gretel is the story of two imaginative (and hungry) siblings who run to the forest at their mother’s insistence to look for food. There they encounter an evil witch who plans to throw them in an oven and turn them into gingerbread. The siblings trick the witch, pushing her into the oven instead. Then they kindly turn a group of gingerbread children back into humans.

Humperdinck’s opera has entranced audiences since 1893; its soaring, folk-infused melodies and familiar story make it accessible and open to countless interpretations. TOI modernized the story and set Hansel and Gretel in the French Quarter of New Orleans rather than Germany. Chorus members partied to the recorded orchestral overture. Skilled pianist Kelly Vaughan accompanied the singers during the remainder of the evening. Several lyrics in the opera were cleverly changed to reference Bourbon Street and voodoo, and as Gretel played with her voodoo dolls, their human avatars appeared on stage, contorting their bodies in concert with the dolls.

Director Shelly Milam-Ratliff and Music Director Scott Williamson assembled a talented, committed cast that had a blast with New Orleans costumes. Rowdy choristers donned sequins, bright tights, and Mardi Gras masks. TOI cast our protagonists as teenagers, rather than children, in this production. Lisa Hogan’s unique and rich timbre crafted an endearing Hansel (portrayed as transgender in rainbow suspenders). Kathryn Kelly produced spinning and striking high notes as Gretel - her pianissimos were especially well-performed. Hogan and Kelly sang wonderfully together but lacked chemistry. Their triumph at the end felt particularly underwhelming and low energy from the choristers at that pivotal moment didn’t help. More character work for the leads would have substantially improved the opera as a whole. The choristers, however, showed energy and spunk during the remainder of the opera. We got to hear many of the young singers perform songs in the lobby during intermission. Their placement was a little awkward, but it was exciting to witness their emerging and remarkable talents.

Sandra Krueger personified the frenzied mother with engaging facial expressions and exasperated gestures. Her robust and well-trained voice made her a stand-out of the cast, along with Steven Field, who played the giddy, goofy, and golden-voiced father.

Adriane Kerr made a vivacious and vicious Madame LeRoux/Witch. She sported bright pink hair and a tenacious smile - skeletons and ornaments hung from her apron. Kerr showcased some of the strongest vocals and acting of the cast during Act III; her high-pitched laughs were particularly resplendent. Anyeé Farrar, as the Dew Fairy, danced provocatively in Bourbon street wear while Gretel sang and pranced in the opening duet with Hansel. She later displayed thrilling high notes and got boisterous laughter taking a selfie onstage. Bridget Cooper played the mysterious Sandman who sang the children to sleep in Act II with her warm and well-balanced voice. Cooper was attired in an eclectic black and white blazer and sleek pair of paints. Her face was painted in otherworldly hues by makeup designer Erin Hannon.

Director Shelly Milam-Ratliff noted in the program that the original oral story of Hansel and Gretel existed in numerous variations. This left many trajectories and “what if”s in the air. TOI’s off the wall costumes and adjustments to the libretto brought fresh insight to the classic opera, but also retained its themes of despair, wanderlust, and possibilities.