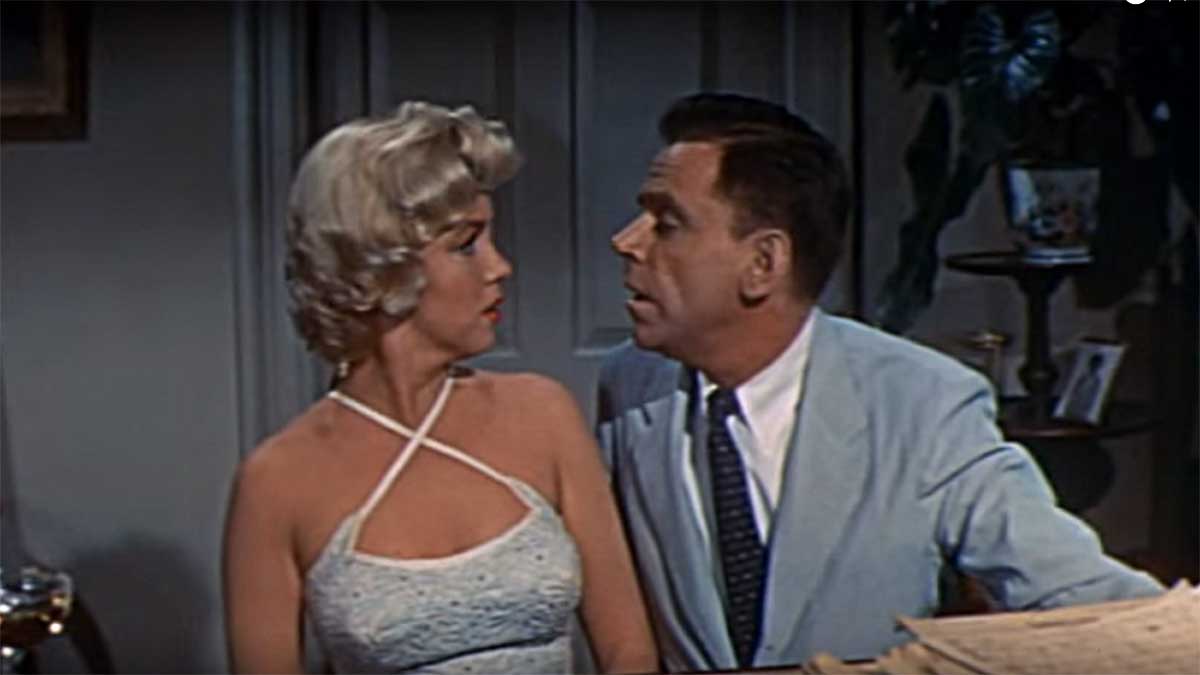 Tom Ewell leans towards Marilyn Monroe for a kiss in the theatrical trailer of the 1955 film "The Seven Year Itch" directed by Billy Wilder.

Learn more about the MOCA festival.


Watch the trailer for The Seven Year Itch: