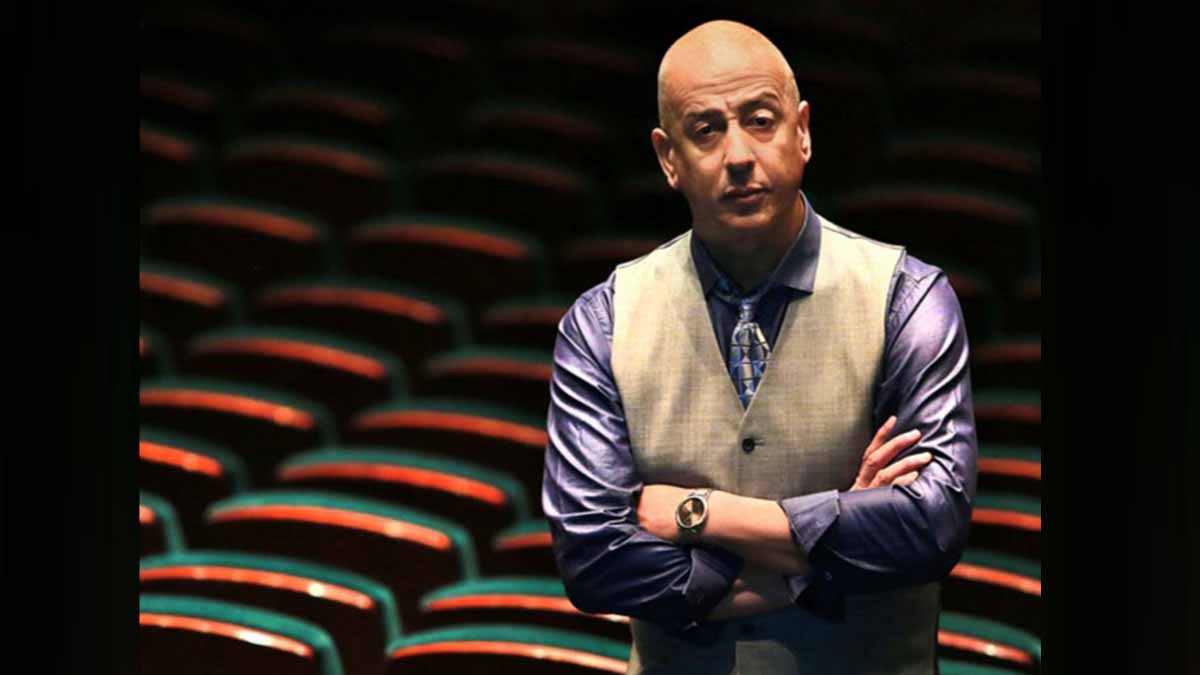 He’s a performer, composer, music educator, radio announcer and chef extraordinaire—and those are just a few of his many talents. We wanted to learn more about the man behind the microphone, so we sat down for a brief conversation with WHRV host Jae Sinnett.

How did you get into radio?

Sort of on a fluke. I came to the station one day to complain to then station manager, Vianne Webb, about an issue. During the conversation she said, “By the way, Jae, did you read about our new station WHRV FM 89.5 coming on the air soon?" When I said "Yes," she asked, “Would you be interested in the jazz producer position?" I was stunned. I told her I knew nothing about broadcasting, and she said that was okay – I could learn. She obviously knew I had a deep understanding of the music. That was sort of how she got into broadcasting, and she liked the concept of a raw talent growing into the position. Not someone already trained and polished. After about five years of anxiety attacks, I grew into the position. It’s funny now when I think about it.

What part of the job excites you the most?

Having the opportunity to present this great music to our fantastic listeners. Jazz can be a challenging listen to the untrained or unprepared ear, so there is a teaching component in the mix as well. I try to offer viable points of departure for listeners to grasp more of what they're hearing. I don't spoon-feed this audience. Some will get it and some won't, but many appreciate the educational element I incorporate into the program.

How has the job changed since you started?

The most obvious area is the technology. I didn't feel at the beginning that I had to be as concerned about the engineering aspect of the medium. It’s different now. We're more technologically driven. The beginning was light years more simplistic from a technology standpoint. The music was and is as creative as ever, so that hasn't changed, but I've grown considerably as a broadcaster over these 30 years. So there's much change in this regard.

What musician has influenced you the most?

Not one but many – for various reasons. John Coltrane's power, passion and commitment. Vince Mendoza's compositional ability and style. Jack DeJohnette's drumming virtuosity. The melodic and compositional inventions of drumming innovator Max Roach. The utilization of space from Miles Davis. The cohesive melodicism and group camaraderie of the Yellowjackets. I have many influences.

What made you get into jazz? What makes it so special?

Being a drummer, I became disenchanted with the pop, rock, soul and funk styles I was playing early on, basically relegating me to keeping the beat. The repetition wore thin with me. I felt stagnant creatively speaking. Then someone introduced me to jazz. I had heard some jazz growing up in the ‘60s but didn't pay much attention to it until I started taking drumming seriously. Jazz presented an entirely new world for me with rhythm, drum set variation and creativity, and thought processes. It was improvisationally driven so there was considerably more room to expand and explore. I couldn't get there with other genres of music. Later, I went back to those earlier styles as a much more mature artist and now have just as much appreciation for them in approach. I think expanding my choices and ability brought me back to that point because I developed options.

I would turn this into the funniest thing I've ever done on the job. My first week sitting in the chair I was very sick with bronchitis. The coughing and congestion were terrible. I was drinking this industrial-strength cough medicine and taking strong antibiotics. At the time, WHRV hadn't gone live yet. We were still one signal, WHRO, but jazz was overnight at the time I started. Being as sick as I was and drinking that strong cough medicine and working an overnight shift wasn't a good mix. By the time 6 a.m. hit, I was out of my mind and I had to read underwriters at about 5:50 a.m. One was from the Tidewater Board of Rabbis. In my loopiness I read... "Underwriting support comes from the Tidewater Board of Rabbits." The phones lit up like a Christmas tree. Oh, the pitfalls of LIVE radio!

If you had not become a radio announcer, what job do you think you'd be doing instead?

I am a professional touring and recording performing artist. Drummer, composer and music educator. I was teaching at the Governor's Gifted High School and performing with my jazz group when I accepted the WHRV FM position. If I didn't accept the broadcasting position I would certainly be performing and teaching at a very serious level. I was doing that before WHRV. Maybe cooking somewhere too.

Speaking of cooking, how did you get started in that? Why do you enjoy it so much?

Being a broke college student. Ha! I had to figure out something or starve, so I started simple: eggs, hamburgers, boiling pasta with bottled sauces, etc. This was way before I realized cooking is also a very sophisticated art. Over time it became about creativity, like folks working a crossword puzzle. Using your mind in a creative way. I look at cooking now no differently than I look at writing a new composition or playing a solo. The artistic explorations of cooking and performing and writing music all parallel the other. It's also about living a healthier lifestyle. I can create my own choices in what I decide to put in my body.

What's your favorite dish to make?

A common question but honestly, I don't have a favorite dish. I have favorites, yes, but not a singular one. My chicken piccata is one of my favs. My sriracha chicken meatballs are another. I have a weakness for pasta, rice, potatoes – the carb dishes for some reason. I cook many dishes that feature these foods, but moderation is always front and center. So anything I cook with these ingredients are my favorites.

Be sure to hear one of Jae's new creations in January when you tune into Another View with Barbara Hamm Lee.