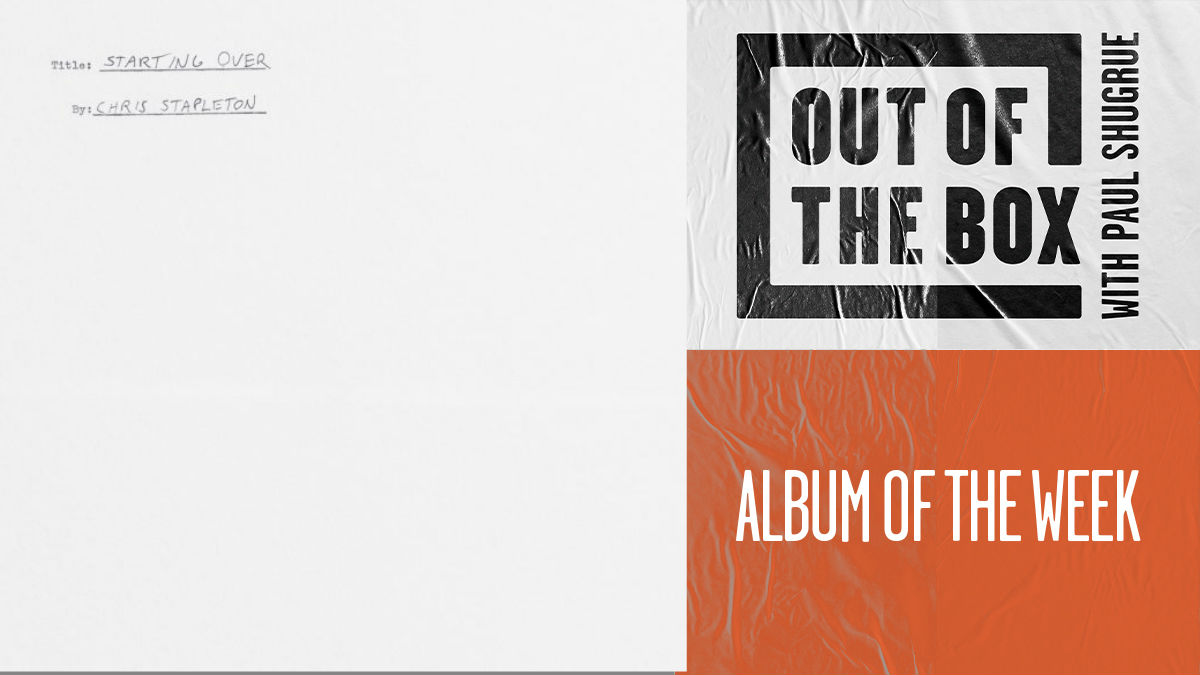 If Outlaw Country was still a thing, Chris Stapleton would be right there, aiding and abetting Waylon, Willie and the boys. “Starting Over” is his fourth album since he made the switch from songwriter to recording artist. Despite what the title suggests, Stapleton is further entrenching himself as an artist who can bridge the gap between country and rock.

Working with his long-time producer, and guy who’s been getting a lot of work lately, Dave Cobb, Stapleton runs the gamut from acoustic Americana to rootsy rock with Tom Petty sidemen Benmont Tench and Mike Campbell.

There’s a couple of Guy Clark covers and one by John Fogerty and with it’s kissoff to Nashville as the album’s final song he gets the message across that he’s not just another big hat country star.

Chris Stapleton could be one of the few artists who can bring together rural elements with urban sensibilities and get away with it. His honest to goodness appeal on “Starting Over” might be just the thing this country needs.