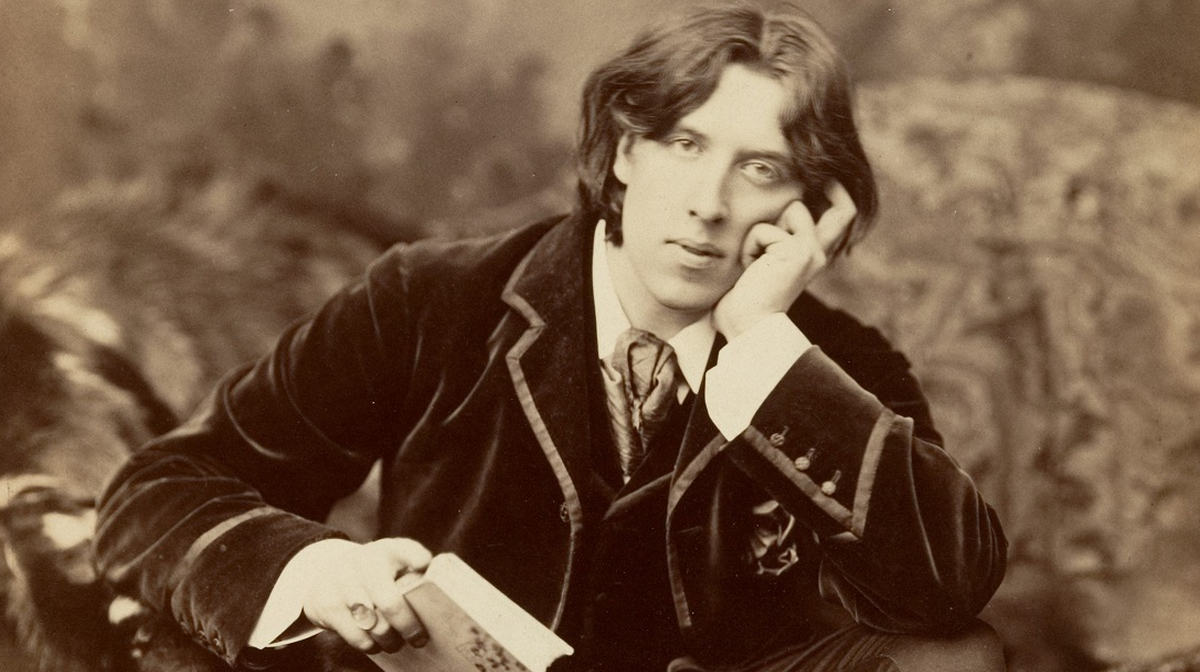 Arts Undercurrent: Oscar Wilde and the Academy of Music

In the summer of 1882, the little port town of Norfolk, Virginia, welcomed a memorable visitor: one of the giants of literature at the time, Oscar Wilde.

Note: The pandemic had a disastrous effect on our local arts community. In honor of our many local artists and performers on pause, Arts Undercurrent with Rebecca Weinstein recently took a look back at memorable moments in Hampton Roads arts history. These four special episodes were written by and produced in collaboration with Norfolk Tour Company.

In the summer of 1882, the little port town of Norfolk, Virginia, welcomed a memorable visitor: one of the giants of literature at the time, named Oscar Wilde. The great Irish writer and author of “The Importance of Being Earnest,” was in the midst of a U.S. lecture tour. Wilde visited 150 U.S. cities over a period of 10 months to declare his genius to the American people.

On July 10th, Wilde arrived in Norfolk aboard the Seaboard and Roanoke Railroad line. He’d come to lecture on decorative art and aestheticism, a trendy topic amongst literary intellectuals at the time. When he arrived, Wilde took the trolley car to Ocean View, and explored that area’s resort and casino. Then he returned to the Downtown neighborhood to prepare for his lecture, which would take place that evening at Van Wyck's Academy of Music.

The Academy of Music was a theater on Main Street in Norfolk that was hailed as “the most elegant and costly temple of the muses in the entire South.” It opened in 1880 and for the next 50 years, hosted operas, Shakesperian plays, academic lectures, and classical music concerts. Its famous dazzling crystal chandelier dangled above the theater like a glowing starburst.

The theater had luxurious carpeting, richly textured velvet hangings, and gilded carvings. A ceiling decorated with oversized portraits of Shakespeare, Beethoven, Goethe, Mozart, and Haydn gave it an additional touch of elegance. It was a fitting place for Oscar Wilde to lecture on the decorative arts, donning a black velvet suit, dark stockings, and lace ruffles that burst from his shirt. Wilde’s aesthetic was just as fanciful as the theater’s, and he was the likely the most eccentric lecturer to have ever graced the stage of the Academy of Music.

Wilde’s lecture abounded in beautiful descriptions and poetic thought, with an occasional flash of humor. He talked for an hour on the elegant aesthetics in designs of our modern world and how to work them into the fabric of our lives. “Art, for art's sake,” as he would call it.

The Academy of Music served Norfolk with an abundance of art and inspiration for 50 years, but was destroyed by a fire in 1930. The next year, another Norfolk landmark would be erected on that site, the Selden Arcade, now home to an incubator for small emerging local businesses called the Selden Market. When you stand in the middle of the Selden Market, you’re standing where the Academy of Music’s stage once stood, walking where immortals of the late 19th century theatre and musical circuits shared their talents with Hampton Roads. Even an unassuming place, or place in time, can hold stories of wonder. Every place has a memory...and as Oscar Wilde said, “art for art's sake” can transform even the ordinary into the remarkable.