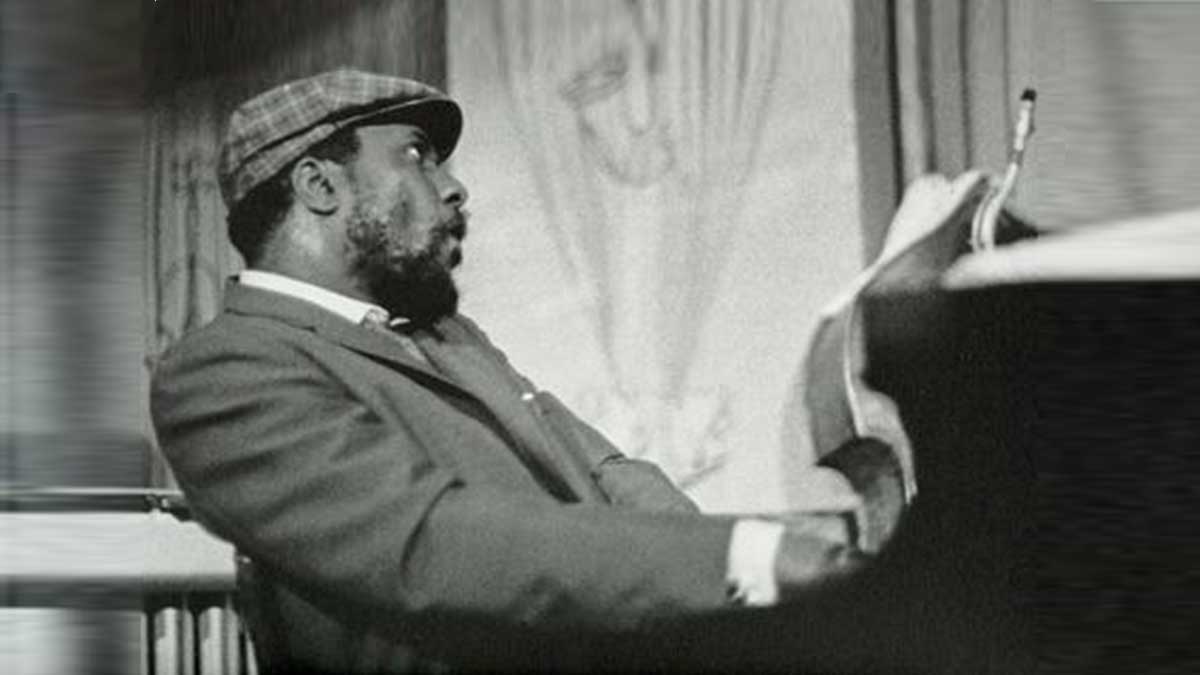 While opening up the week’s onslaught of new CDs, one in particular helped put a huge smile on my face. The never before released 1968 concert: Thelonious Monk - Palo Alto. It was recorded live at Palo Alto High School in California. A 17-year-old senior named Danny Scher had a dream and vision of bringing Monk to the school for a benefit concert. He miraculously succeeded.

At the time Monk was dealing with serious health and financial concerns and touring sparingly. Critics weren’t completely favorable towards him either. Calling his Quartet “predictable” and worse. It took many musicians a long time to warm up to Monk’s startlingly original approach to playing coming out of starting while he was part of the house band at the legendary Minton’s Playhouse in Harlem in the early 40’s. His piano work didn’t align with the fleet fingered stylings of bebop virtuoso pianist and good friend Bud Powell as one example, or the stride masters James P. Johnson or Willis “The Lion” Smith but they were influences. Monks' playing was sparse with space and silence. His use of questionable note choices raised eyebrows along with his unique sense of rhythmic variation and harmonic phrasing. At times Monk would stop all together to let his band improvise over chord-less structures. No pianist was doing that at the time.

The year of this recording was 1968 and it was one of the most turbulent years in American history with the tragic assassinations of Dr. Martin Luther King and Robert F Kennedy, unsettling revelations about the Vietnam War and brutal police beatings of war protestors. There were over 125 American cities that saw and experienced protesting, riots and racial conflicts. The country was still deep in the Civil Rights Movement and in Palo Alto there was considerable racial tension between the poorer, predominately black neighborhood of East Palo Alto and the wealthier and whiter Palo Alto.

Scher’s deep love of jazz and wanting to see one of his musical idols perform weren’t the only driving forces fueling his vision for bringing Monk to his school. He also envisioned the concert as a unifying event for the two communities. Merging the cultures to celebrate this great music, support one of the innovative pioneers of jazz and to bring racial unity to the community. He even went to East Palo Alto to promote the concert against the advice of the police and hung up flyers. He was looked at with skepticism from the East community. Many didn’t believe it but they lined up on that rainy fall day to see if Monk would show up. Up to that point ticket sales were slow but once the van drove up with Monk’s Quartet, tickets sold quickly. The beautifully mixed audience packed into the theater to hear the legend.

When I listen to this record I’m reminded how remarkably consistent Monk was with his tempos, touch, sound, ideas, conceptual directions, solo orders, tune selection, keys and more…over the decades. In the course of his long career he was also recognized as a great writer but he only wrote around 80 compositions. Unlike the couple of thousand Duke Ellington composed. The frequency in which Monks; songs were or are played and recorded by others can easily lead one to think he wrote considerably more than he did. The Palo Alto concert was fantastic! Monk was in good spirits. There was the usual out-of-tune piano Monk played which always baffled me, but it just seemed to fit his humorous and brilliantly conceived quirkiness. The Quartet with bassist Larry Gales, drummer Ben Riley and saxophonist Charlie Rouse where the perfect musical extensions for completing Monk’s musical imagery. They swing hard and Riley’s cymbal beat keeps that happy bounce on point. Judging by the audience’s gracious response to the performances I’m quite sure the packed house left musically and artistically fulfilled.