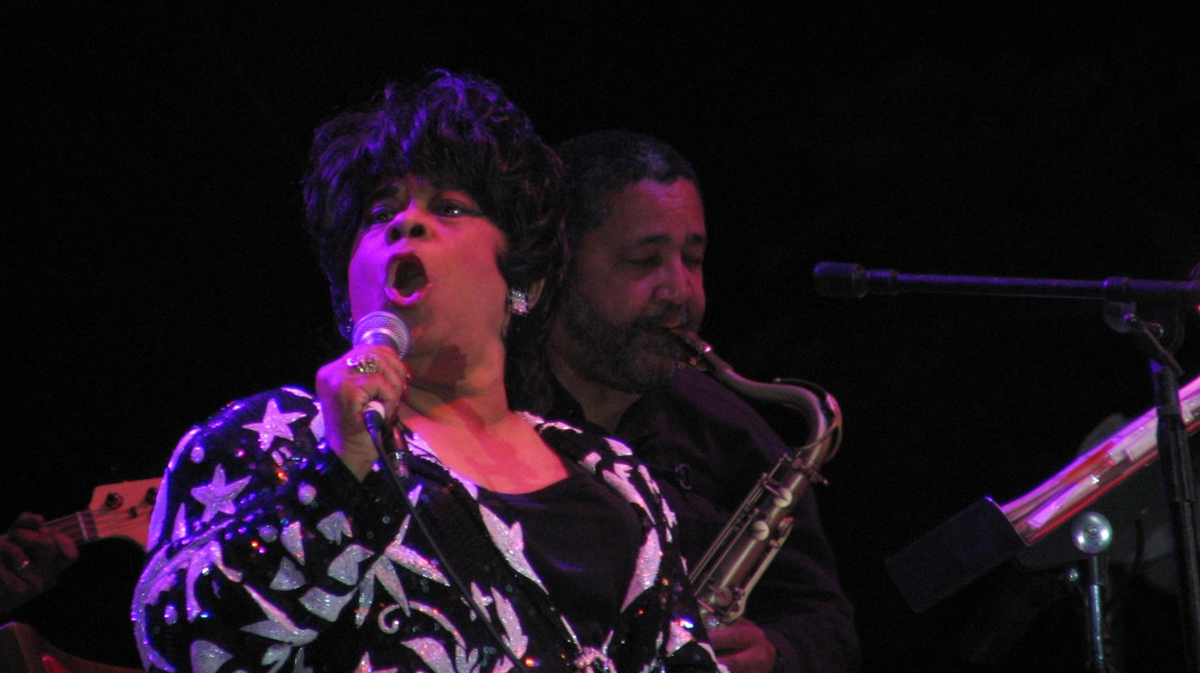 In a Portsmouth church in 1932, a legendary R&B singer was born. That’s where Ruth Brown, then known as Ruth Weston, made her singing debut.

Note: The pandemic has had a disastrous effect on our local arts community. This month, in honor of our many local artists and performers on pause, Arts Undercurrent with Rebecca Weinstein will take a look back at memorable moments in Hampton Roads arts history. These four special episodes were written by and produced in collaboration with Norfolk Tour Company.

In a Portsmouth church in 1932, a legendary R&B singer was born. That’s where Ruth Brown, then known as Ruth Weston, made her singing debut. Now, she was only four years old when her father lifted her onto a church piano at Sunday services, but the toddler began wailing and dancing, and the crowd loved her. Needless to say, a star was born. Ruth Brown went on to build a 60-year career in show business. She started as a bluesy-pop singer and later became a symbol of strength and perseverance, recapturing her career and pushing back on unfair record contracts. Her life was filled with hard work - and hard luck - both of which contributed to her success.

By the time Brown was a teenager during World War II, she’d learned enough Bing Crosby songs to sing for Portsmouth civic groups. She’d tell her parents she was going to choir practice, but instead would sing at USO clubs on Fort Eustis, Little Creek, and Langley Field. That same rebellious spirit led Ruth to run away from home at age 17, first singing under the name Ruth Brown in D.C. after marrying a musician with that last name. The marriage didn’t last, but the name stuck.

In 1946, a car accident crushed Brown’s legs. She dealt with that the rest of her life. She sang through the pain in 1949 when she stood on crutches during her first recording sessions with Atlantic Records. Those recordings would make Ruth Brown a star.

After her song “Teardrops from My Eyes” reached No. 1 on the R&B charts, Brown was dubbed “the girl with a tear in her voice.” But in reality, this strong woman from Portsmouth didn’t shed tears for anybody. She was Atlantic’s money maker, and in a few years cranked out three gold records with 50 hits on the charts. Songs like “Mama He Treats Your Daughter Mean” and “5-10-15 Hours” brought in millions to Atlantic, but due to unfair contracts, Brown, and many other black singers of the time, received no royalties, even after selling millions of albums. Although Atlantic would eventually pay back overdue royalties in 1987, these lopsided contracts left Brown nearly penniless when her hits ended in the early 60s.

After more than a decade of obscurity, Ruth Brown made a comeback in 1975 that continued the rest of her life. Over the next three decades, she landed roles on TV, movies, radio, and Broadway. She received Tony and Grammy awards and was inducted into the Rock and Roll Hall of Fame. The strength and talent that propelled Ruth Brown from Portsmouth to stardom influenced generations of artists.

Brown never forgot about her hometown, and in 1990 she celebrated her 62nd birthday in Portsmouth with a black-tie gala and parade. She’d return again for a citywide celebration in 2006, and also set up a scholarship for Portsmouth high school students. Portsmouth even named a street after her: "Ruth Brown Way." Brown dominated early 1950s R&B, and set the standard for a new genre; that era of music could easily be named Ruth Brown’s as well.