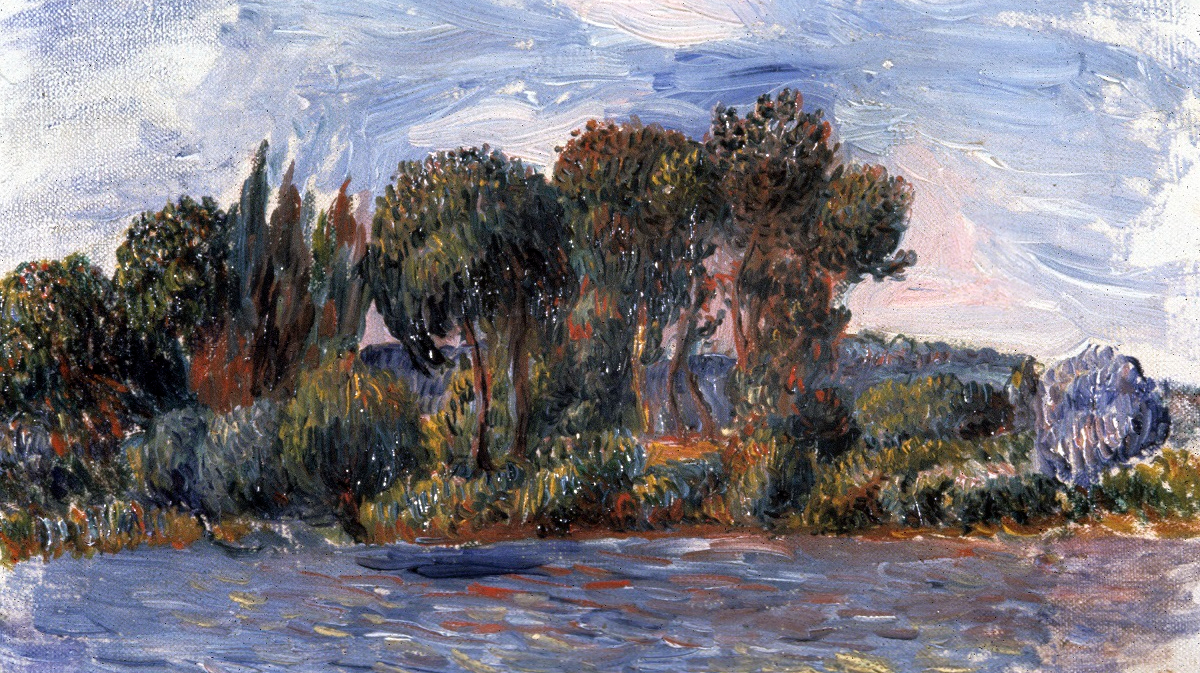 Image courtesy of the Chrysler Museum of Art

When was the last time 20,000 people split the bill? In Hampton Roads, it was 1966-1967, when residents donated money towards the purchase of a painting by Auguste Renoir.

Note: The pandemic has had a disastrous effect on our local arts community. This month, in honor of our many local artists and performers on pause, Arts Undercurrent with Rebecca Weinstein will take a look back at memorable moments in Hampton Roads arts history. These four special episodes were written by and produced in collaboration with Norfolk Tour Company.

When was the last time 20,000 people split the bill? In Hampton Roads, it was 1966 and 67, when residents donated money towards the purchase of a painting by Auguste Renoir — one of the premier artists of the Impressionist movement. The painting, titled Trees by the Edge of a River, would become Norfolk’s first tangible connection to an artist that everyone recognized.

In 1966, then-Norfolk Mayor Roy Martin Jr. initiated the public donation drive to raise $19,000 for the painting — equivalent to nearly $150,000 today. The work of art would be owned by the Norfolk Museum of Arts and Sciences — now known as the Chrysler Museum of Art.

Affectionately called the “Little Renoir,” Trees by the Edge of a River was a small painting, just over 5×7 inches. Its painted landscape was divided into thirds — water, trees, and sky. The river's prevailing color was blue, with unmixed pieces of red, yellow, and purple paint on the surface.

Most people did not know the small size of the Renoir painting when they donated, leading to some disappointment after it was purchased. But “a Renoir is a Renoir,” and the donation drive for its purchase stimulated the community like no other; schoolchildren, girl scouts, fraternal orders, and clubs all donated to the drive. People held bake sales and put up donation jars. Civic leagues held raffles and costume contests. School children brought pennies to class. People from every city in Hampton Roads worked to bring the “Little Renoir” home to Norfolk.

The funny thing is, Trees by the Edge of a River was already in Norfolk. The Auslew Art Gallery in the Freemason neighborhood was selling the Little Renoir on consignment from an art dealer in New York City. With the painting for sale just a quarter-mile from the Norfolk Museum, it seemed fateful that it would end up there. The prospect of a household name like Renoir gracing the walls of Norfolk’s museum made the arts more exciting and relevant to the area than ever before.

With most people donating less than one dollar on average, it took the museum 14 months to raise the money. After the Norfolk Museum kicked in the last $3,200, it purchased the painting and first displayed it in the summer of 1967. It has been part of the museum’s collection ever since.

Although the painting was the first Renoir purchased by the museum, it now boasts 19 works of art by the great Impressionist. They include paintings, etchings, drawings, and sculpture — a reminder that even a little art can grow the future. And although Trees by the Edge of a River is small, it holds an outsized place in the collective memory of the 20,000 people who helped purchase it.

The painting is still owned by the Chrysler Museum of Art, and is currently on view in Gallery 217.