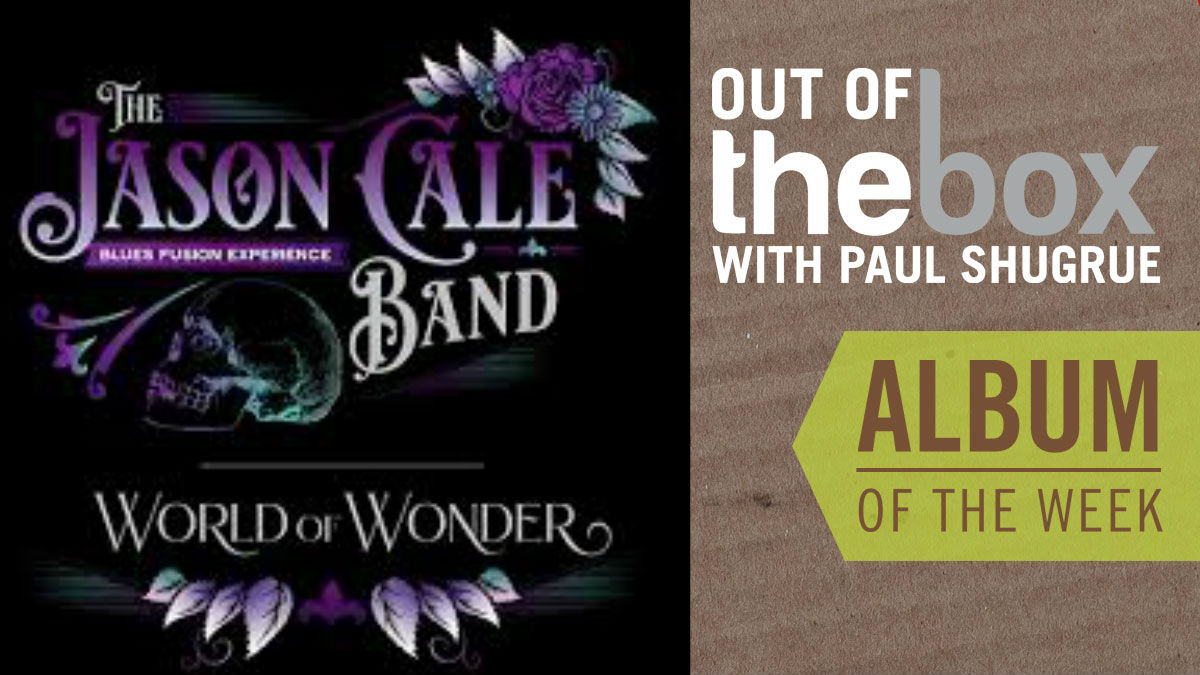 When The Jason Cale Band played the Out of the Box series at the Sandler Center in the pre pandemic era of early 2020, they blew the crowd away. Now, they’ve released a live album “World of Wonder” that captures the same magic from that night and then some.

From the playful opening bass solo to the thundering chords of their big finish, it is a stylish blend of funk, blues, jazz and rhythm and blues with powerful vocals from Cale, whose guitar is the heart of this five-piece band.

“World of Wonder” was recorded in front of a studio audience at Soniqual Studios in Portsmouth and the strong bond with the audience is evident from the beginning. The Band stretches out to improvise on almost every song and with great sax work from Jeff Saunders, and a triple threat rhythm section of Donnell Smith, Randy Hagin and Smithfield Dash.

The band’s sound has grown in leaps and bounds in musicianship, timing and production since their first album and “World of Wonder” sounds like the beginning of a new musical force.