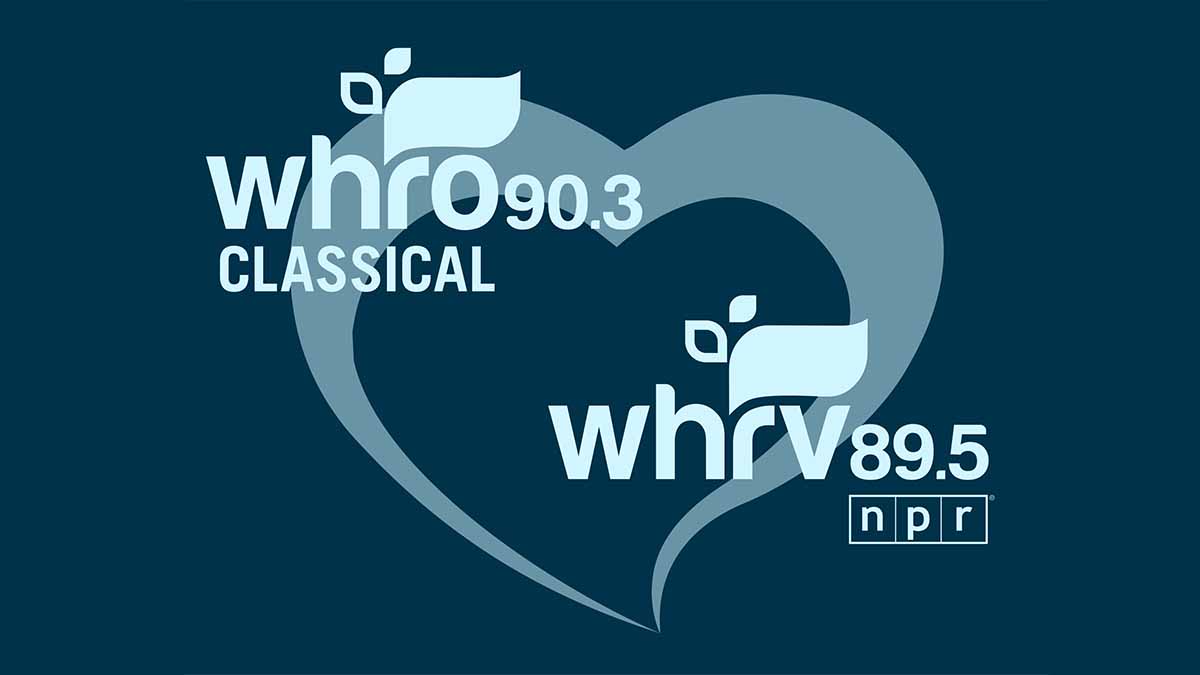 A Tale Of Two Stations

Public radio was born in Hampton Roads, Virginia, in 1973 as WTGM at 89.5 FM, owned and operated by The Virginia Cultural Foundation, which was supported by Dr. Mason Andrews, Dr. William Whitehurst, Professor Pat Clay and others. In 1975, WTGM’s license was transferred to WHRO Public Media by the Virginia Cultural Foundation, with a goal of stabilizing and preserving public radio in Hampton Roads.

The station prospered, and it soon became clear that Hampton Roads was hungry for more. A feasibility study indicated that the community would readily support two public radio stations, particularly if one were devoted entirely to classical music—but in 1985, the Federal Communications Commission froze noncommercial FM applications, and thus postponed WHRO’s plans.

It took nearly seven years from concept to reality, but through WHRO’s vision and persistence, and under the leadership of John Morison, a construction permit to activate a second station was finally granted by the FCC in 1988.

In September 1990, after a successful capital campaign, WHRO 89.5 FM became WHRV 89.5 FM, with a format of NPR, news and information, and non-classical music. The new frequency, 90.3, assumed the original WHRO FM call letters, and became a 24-hour classical music station. Leading this project was the late Vianne B. Webb, whose perseverance helped make the two stations a reality. Vianne died in October of 1992, but her legacy lives on, and inspires our radio staff still.

Today, thanks to the extraordinary generosity of the Hampton Roads community (and even some members beyond our geographical borders), we’re celebrating 30 years of providing the world’s best classical music on WHRO 90.3 FM, and news and public affairs programming from NPR, along with local music programs featuring jazz, folk and eclectic/alternative rock on WHRV 89.5 FM.

Back in the days of WTGM, it would have been impossible to imagine, but today we offer even more than the two stations—we’ve taken advantage of technology to expand our radio services to include the online stations AltRadio and The 1920s Radio Network.

This month, from September 16-20, we'll be celebrating 30 years of WHRV and WHRO. You’ll hear our poignant memories from our announcers and have the opportunity to support public radio in Hampton Roads.