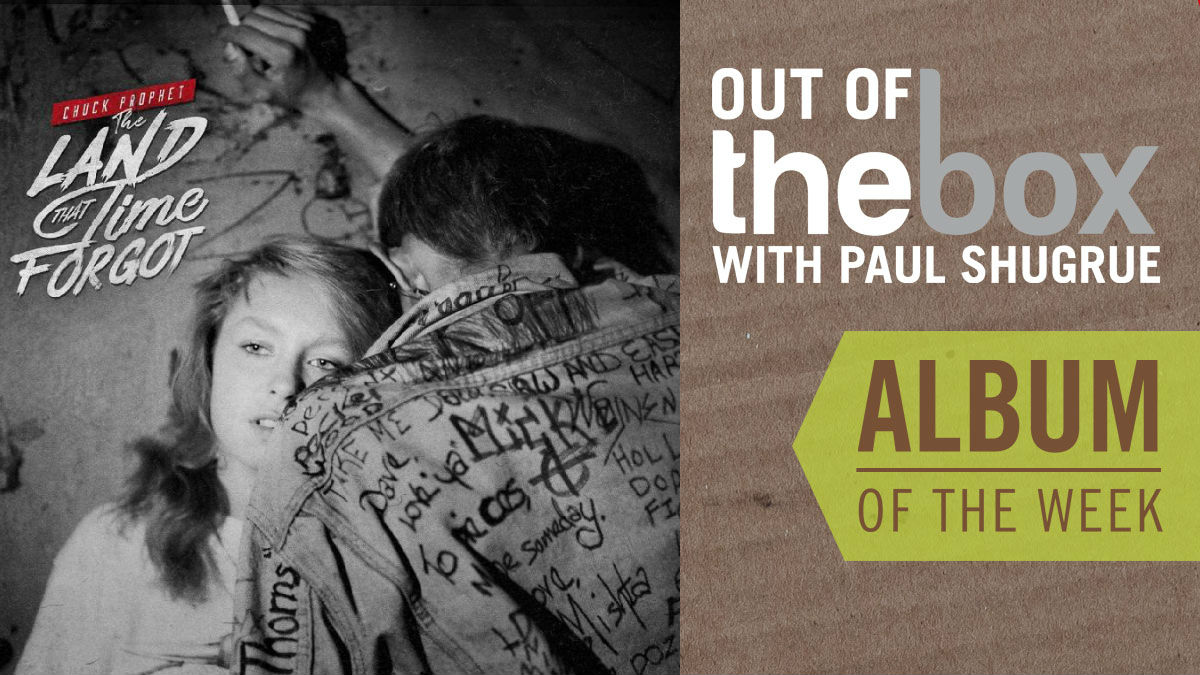 Chuck Prophet has a lot of stories to tell. He’s been recording since the eighties and, as a solo artist since the nineties and his wry, sardonic wit is perfectly suited to the upside down world we are in today. His new album, his 14th, is called “The Land That Time Forgot” and showcases his portraits of people in many different situations.

The album, because of the limitations of the coronavirus, is more acoustic than previous recordings, but he layers lots of Americana instrumentation into each song, with an ever present rhythm section chugging along.

He contrasts stories about ordinary people with those of a more political bent. One song pays tribute to Abraham Lincoln, another is about growing up in Richard Nixon’s town of San Clemente and closes the album with a song encouraging Donald Trump to “Get off the Stage.”

There’s some great vocal interplay between him and his wife, Stephanie Finch on some of the songs including one that compares their relationship to an old fashioned dance marathon. His likeability is hard to resist and makes “ The Land that Time Forgot” one of his best albums.