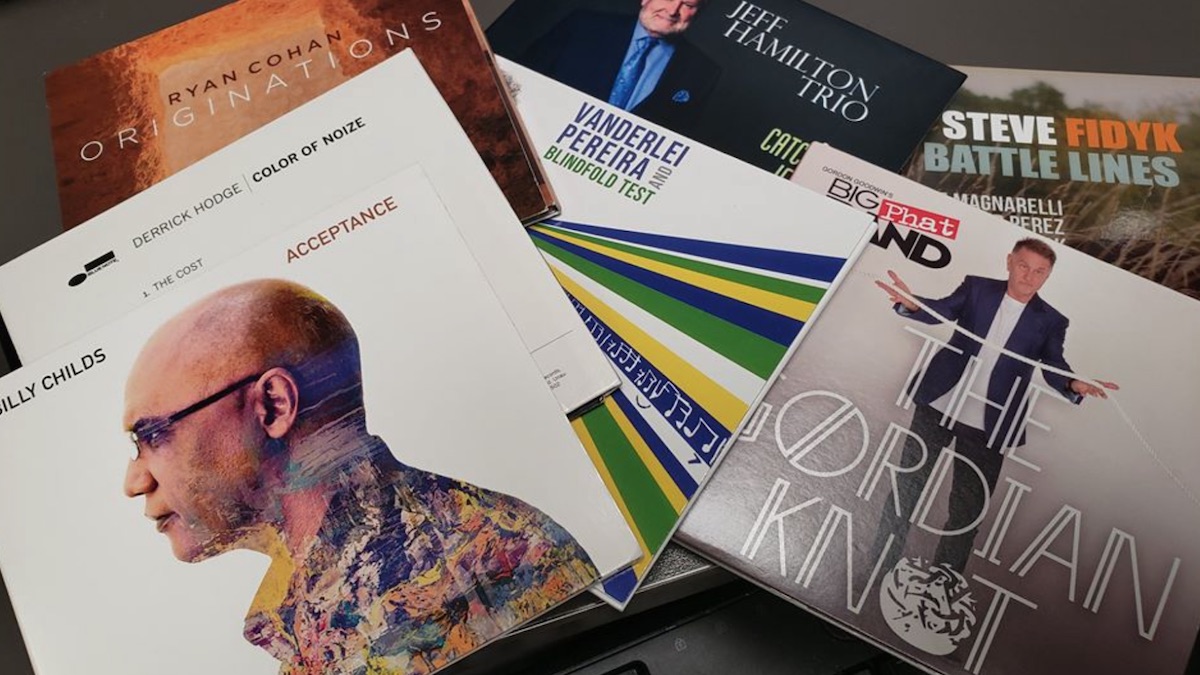 Tune in to Sinnett in Session on WHRV FM 89.5 Monday through Thursday evenings from 9-1 a.m., Saturday mornings from 1-5 a.m. and Sunday afternoons from 1-5 p.m.

Billy Childs is back with another incredible release featuring saxophonist Steve Wilson, drummer Eric Harland and Hans Glawischnig with some special guests. The writing as usual is incredible as is the playing. Billy's music has the intellectualism but it's played with deep soul and passion.

Bassist Derrick Hodge's latest continues in his concept of merging the new while maintaining deep levels of harmonic and rhythmic sophistication. Ryan Cohan's Originations is deep. Extraordinary composition and arranging. A visionary record that's headed for my top picks of the year.

Vanderlei Pereira is a deeply soulful Brazilian drummer that is a master of the many facets of the rhythmic culture of Brazil. He's also a fine writer and pens several tracks on the record.

Gordon Goodwin's The Gordian Knot release with the Phat Band is another gem and also headed for my top picks. Sophisticated harmonic structures played with rhythmic precision. His arrangement of The Incredibles is worth the price of the record.

Lastly, two more great releases from drummers. Jeff Hamilton with his swingin trio playing pianist Tamir Hendelman's thought provoking arrangements. They create a wonderful vehicle for Jeff to weave his formidable skills through the tracks with impressive versatility and feel. Steve Fidyk might be a name you're not that familiar with but he's a swingin, musical drummer. He's also an impressive writer and penned most of the tracks on the record. I have tremendous respect for drummers that write their own material and create THEIR system of playing without being overly concerned with repeating history or emulating their heroes. All outstanding projects and are highly recommended.