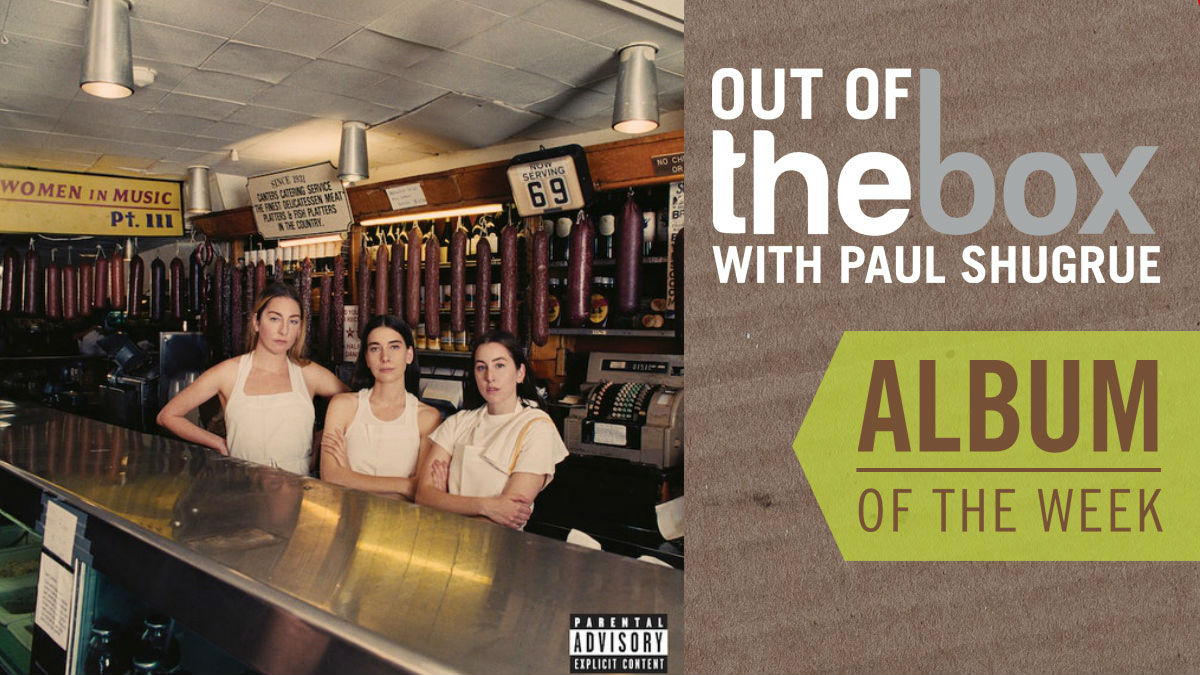 Out of the Box Album of the Week--Haim--Women in Music pt. lll

“Women in Music pt. lll” is the third album by the trio of sisters, Haim. The title is meant as an understated kiss-off to critics who have stereotyped them because of their sex. They have set out to make an album comparable to any rock band, male or female and have succeeded with a sixteen track release that overflows with a wide variety styles and arrangements.

The sisters, Danielle, Este and Alana have all experienced bouts of depression since their almost overnight success seven years ago, but rather than ignoring and trying to push through it, the group has channeled their troubles into the songs.

The album bursts at the seams with unique rhythms, sing-along vocals, crafty guitar work and the ever present sibling harmonies that have been their trademark. Joni Mitchell is an obvious influence on a song that decries the sexist interviews they have endured with the press.

“Women in Music pt. lll” was delayed because of the coronavirus pandemic and almost half the songs have already been released as singles but as a whole the album serves as a corollary for the pandemic itself. Despite all the negativity that surrounds us Haim has provided an antidote to the pain with music that shows the way through the darkness to the light.