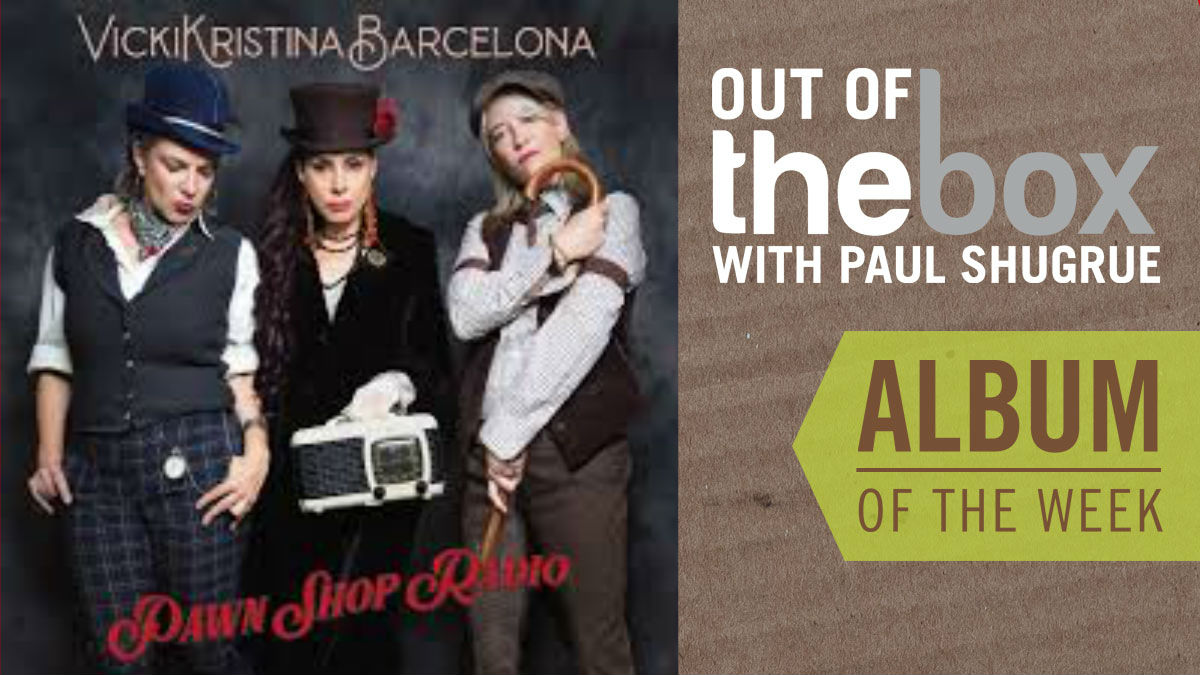 Out of the Box Album of the Week--VickiKristinaBarcelona--Pawnshop Radio

There’s no one named Vicky, Kristina or Barcelona in the debut album by the trio of that name, but their love for the tragic-comedy of Tom Waits’ songs is what makes the album “Pawn Shop Radio” so irresistible.

The instrumental backing is eclectic gypsy rock played on instruments that sound like they were found in the back of a carnival wagon.

Talking about their goal for the album VickiKristinaBarcelona says, “We aim to re-imagine and bring a feminine perspective to the rough and rugged wreckage…melodies are unearthed and shine like polished diamonds, no longer in the rough.”