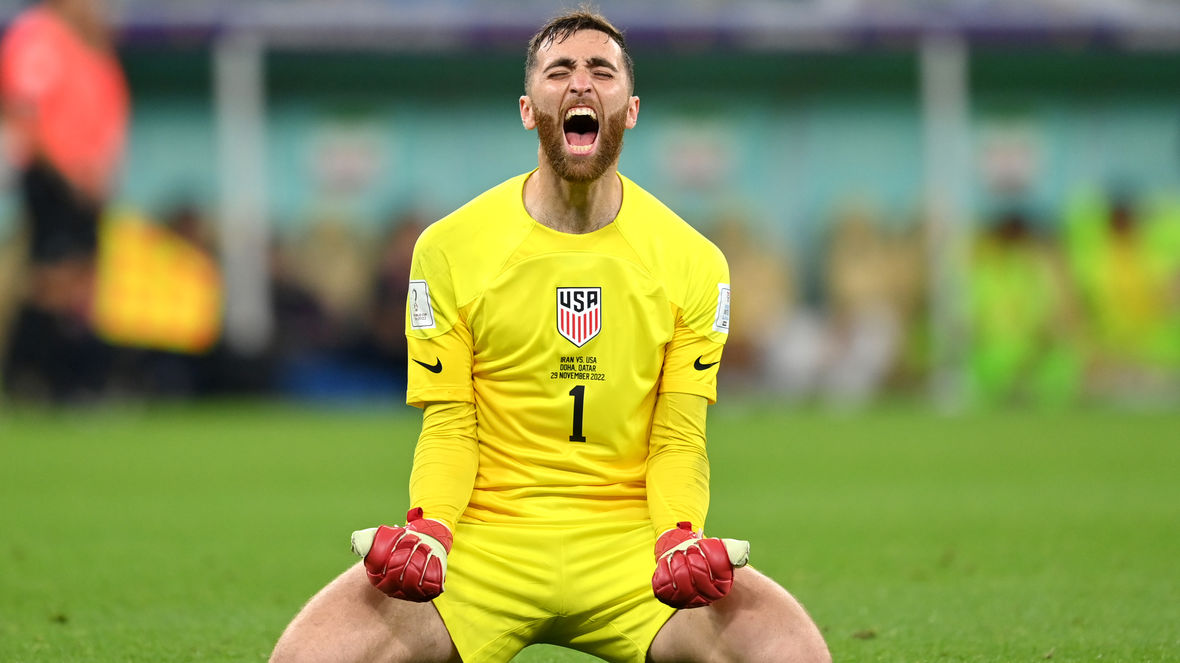 Matt Turner of the United States celebrates the winning goal by Christian Pulisic against Iran at the World Cup on Tuesday.

U.S. men's success in the World Cup brings a windfall to the women's team

Players on the U.S. women's national team have long cheered on their male counterparts. Thanks to the historic equal pay deal signed earlier this year, they have millions more reasons: The two squads are evenly splitting the World Cup prize money they earn.

When the men's team advanced to the Round of 16, they also secured a payout of at least $13 million. An equal share of that money will go to the women's team — a windfall greater than any prize the women have won in their string of tournament successes.

Under the collective bargain agreements the two national squads signed with U.S. Soccer earlier this year, the federation will take 90% of the prize money FIFA pays for the 2022 men's World Cup — and also for next year's women's World Cup — and divide it evenly between players on the two teams.

"World Cup winnings have long been considered the biggest obstacle to true equality between the United States National Teams," according to the U.S. Women's National Team Players Association.

The breakthrough arrangement chips away at that obstacle, but it also highlights a telling statistic: By watching the men advance, the women's team stands to gain more money than they were awarded for winning the two last women's World Cups.

In all, FIFA is doling out $440 million in prize money to the 32 men's teams at this year's tournament.

As part of its equal pay negotiations with U.S. Soccer, members of the women's team also won $22 million in back pay, ending a lawsuit over the issue. The new contracts were agreed upon and signed after that settlement was reached.