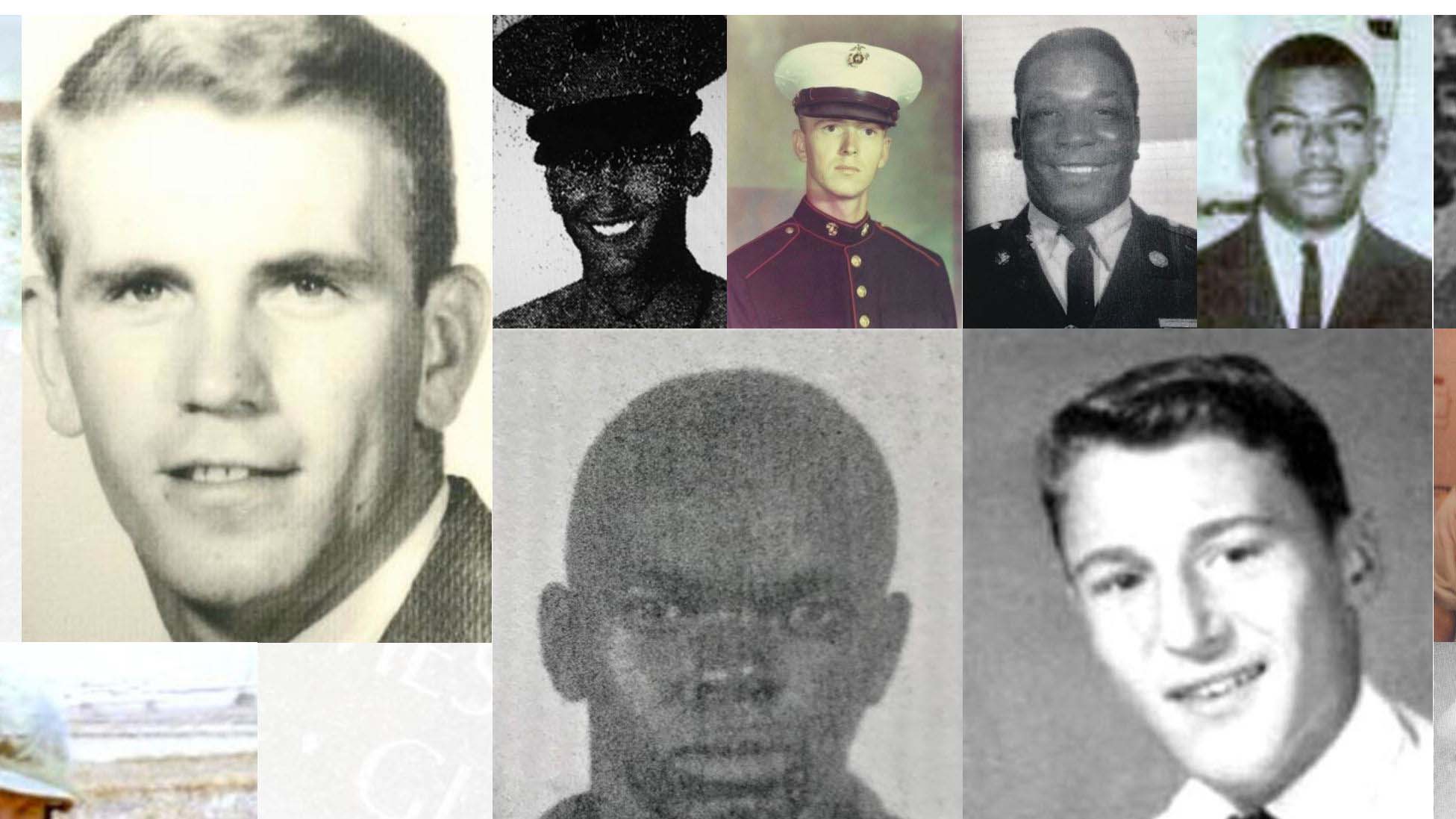 Photo via https://vietnam.whro.org/walloffaces. The final photo was added the Friday before Memorial Day 2020.

But some faces are missing from the collection.

In 2015, Nancy Rogan, the Community Engagement Officer for WHRO, began a journey. She set out to find people who had photos of Virginia’s veterans who died in the Vietnam war.

There were 1,306 Virginians who died in the Vietnam War. When Rogan started the project, more than 500 of these vets lacked a picture to go along with their name. When people started contacting her, she would sometimes simply give instructions on how to add the veteran’s photo to the wall. Oftentimes, she became much more involved.

Rogan said people started showing up in “dribs and drabs,” sharing personal stories, sending emails about battles and about the families of fallen soldiers. She received letters from schoolmates with pictures from yearbooks. “So it’s kind of had a sort of a steady, slow drumbeat through the years,” she said.

The final photo of a Virginian veteran was posted to the Wall of Faces on Friday. The hundreds of blank spaces now have a face and a story.

Rogan says it was perfect timing—just before Memorial Day.

She’s happy that the project is finished, and she got emotional thinking back to the very first photo she received nearly five years ago.

It came from a classmate of Private First Class Gerald C. Mull, or “Gerry.” He was from Vienna, Virginia, and died in Tay Ninh in April of 1968. He was 19 years old.

When Rogan went to the online Memorial to upload the picture, she found a note there from Mull’s brother:

My younger brother Gerry was a medic. His platoon was ambushed about 35 miles northwest of Saigon on April 13, 1968. He was shot in the leg while tending to a fallen comrade. In spite of his terrible injury, he made his way to a second wounded soldier and was fatally shot in the neck after helping him. For his ultimate sacrifice, Gerry received the Silver Star, the Gallantry Cross with palm, the Purple Heart, the Bronze Star, and the Military Merit Medal. The names of the two soldiers he cared for before he was killed are unknown to me, but I hope they recovered from their wounds, and are living productive and rewarding lives as a result of my brother's sacrifice. Gerry was a terrific brother. His goal was to return to school and become a dentist after serving his country. I still miss him.

Rogan says reading this remembrance of Gerald Mull convinced her of the importance of this project.

Editor's note: This report was conducted with the same editorial rigor of all WHRO journalism. No one outside the journalism department had any editorial input in this piece.