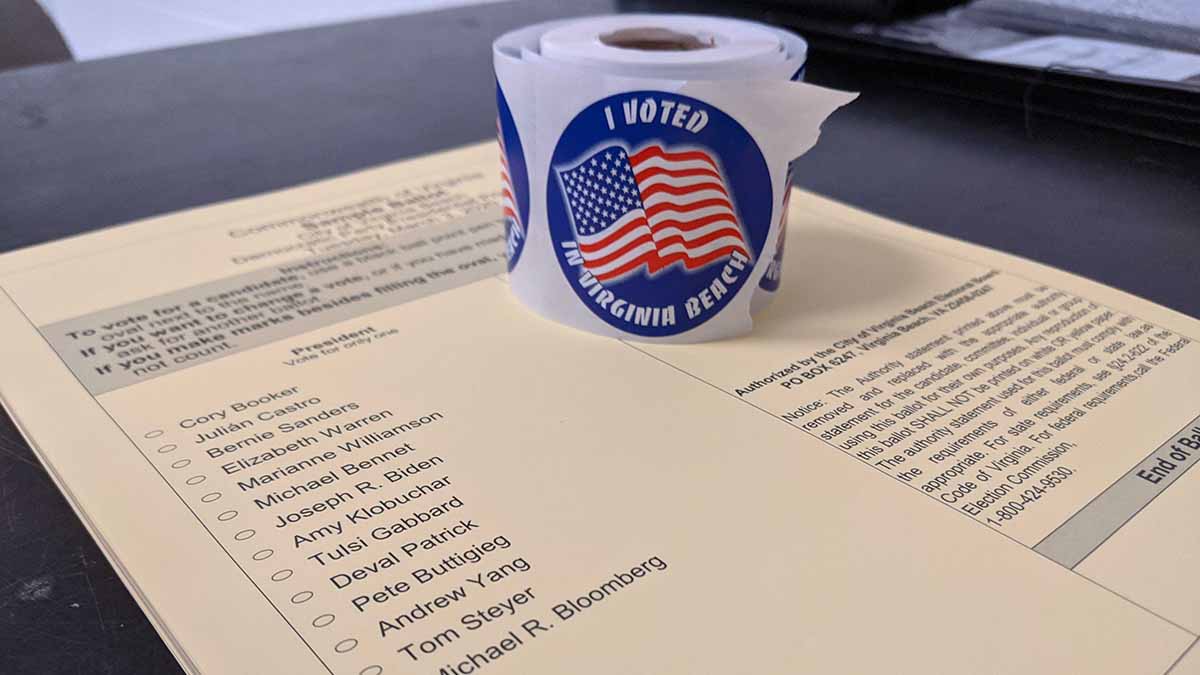 The commonwealth is voting on Democratic presidential candidates Tuesday.

PHOTOS: Virginia Voters At The Polls On Super Tuesday

Voters are heading to the polls Tuesday for Virginia's presidential primary.

The commonwealth is among 14 states voting for a Democratic candidate. Virginia holds open primaries, which allows any registered voter--regardless of party--to vote.

Polls are open until 7 p.m. If you're in line by then, you will be able to vote.

WHRO's reporters are at polling places across Hampton Roads covering the election and capturing photos. We will continue to update this post throughout the day.