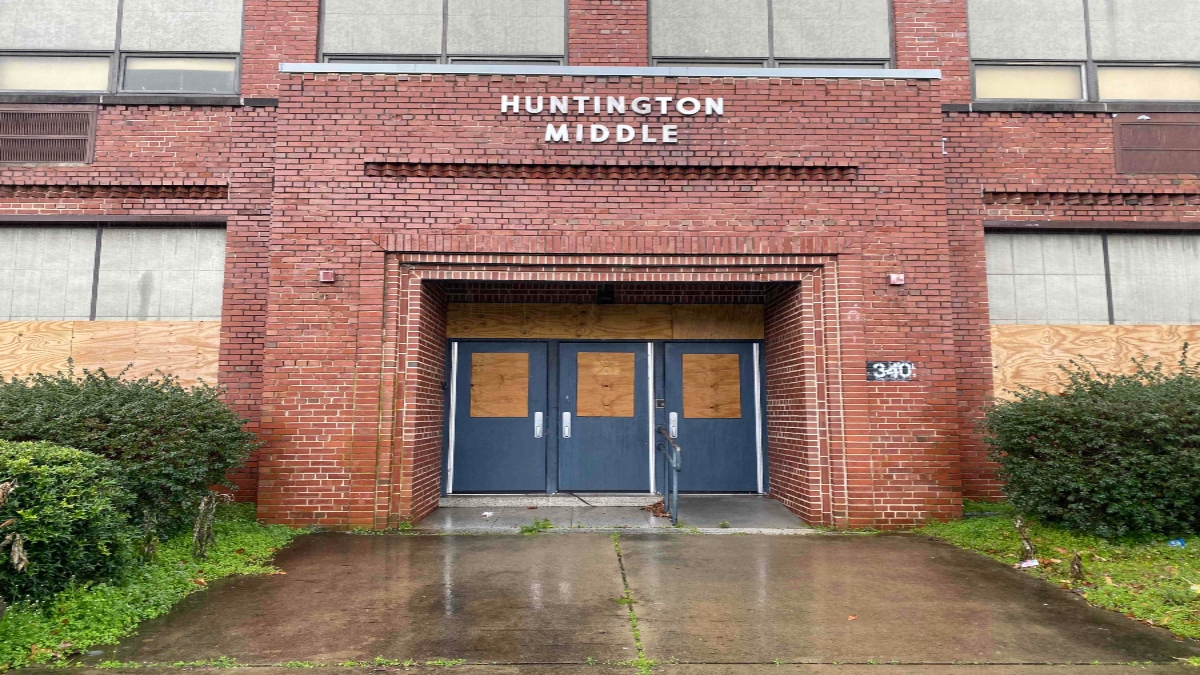 The ‘Backbone Of The Southeast Community’: Huntington Middle School Has Timeline To Reopen.

It’s been a decade since the Newport News School Board first asked City Council for money to address the aging Huntington Middle School building.

And after years of disagreements, council and the school board have agreed on a loose timeline to reopen the school, which served as an all-black high school during segregation.

The agreement was met with applause from Huntington alumni watching the two boards at a joint meeting Tuesday night.

“We've decided we're going to build a school,” school board chair Gary Hunter said. “I believe that we're moving in the right direction. We got a consensus.”

Hunter estimated a revamped Huntington could open as soon as 2023. Newport News Public Schools are a member of Hampton Roads Educational Telecommunications Association, which holds the license to WHRO Public Media.

The city council and school board have consistently disagreed about how fast the school should be rebuilt and how much it should cost.

Built in 1936, the school in the southeast part of the city was the all-black high school through segregation. Over time, it needed expensive repairs, like a new HVAC system and all new windows.

In 2018, the school board decided the repairs would cost too much, and closed the school, dispersing students to nearby middle schools and promised to find a solution.

A 2017 facilities analysis estimated a new Huntington would cost about $37 million. That’s exactly how much the City Council put in the budget for the school’s reconstruction in 2021-2022.

Newport News Mayor McKinley Price said the council did the best it could to budget for a new school building.

“We don’t carry $37 million around in our pockets,” he said.

He was also a champion of the idea of a multi-use campus and wanted to make sure the city was getting the most use out of the 15-acre site.

Price and City Manager Cynthia Rohlf said they envision a school that would also serve the community, with features like a pool and library or connection to a new YMCA building.

For now, the building sits empty, with its lower windows and front doors boarded up and a parking lot closed off by a chain-link fence. The marquee still reads “Vikings 4 Ever,” referring to Huntington’s mascot.

James Ford, Jr. attended Huntington in the 1950s when it was a high school. Its current condition doesn’t dampen his memories.

“Huntington was a catalyst for the whole community,” he said. “It meant everything to all of us. The name is the backbone of the southeast community.”