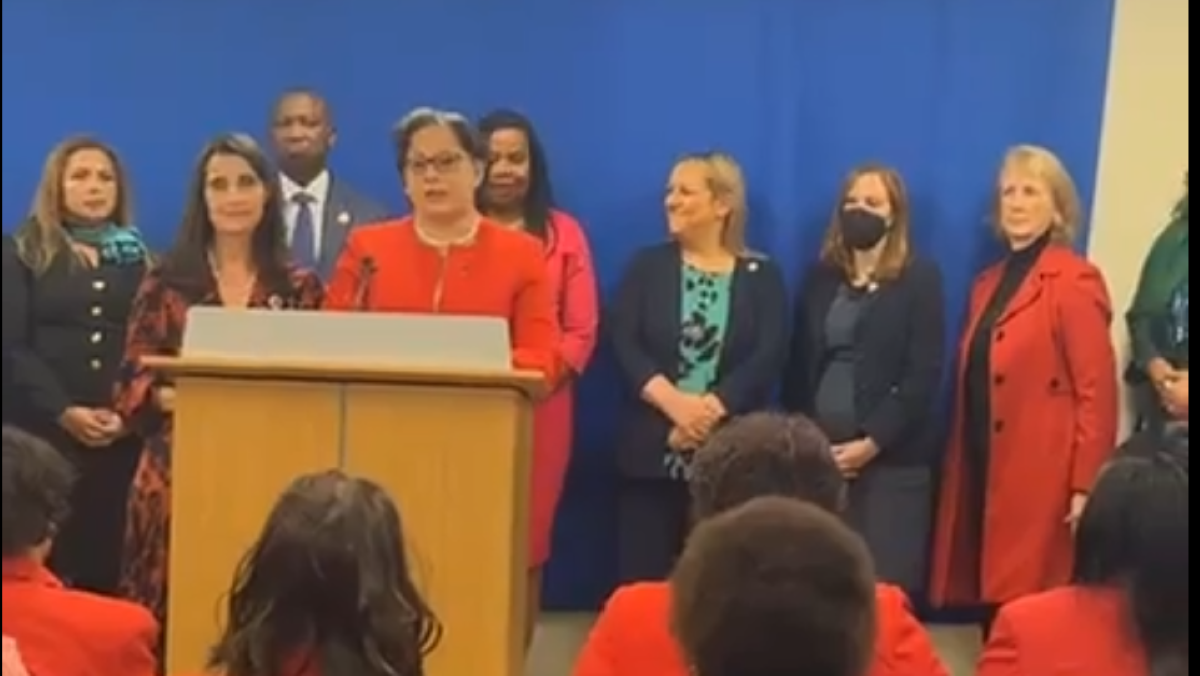 Photo by Laura Philion. State Senator Jennifer McClellan, who sponsored a bill to legally protect abortion access, speaks at the Capitol on Tuesday.

Sunday marked the 50th anniversary of the Roe v. Wade ruling. That ruling, which guaranteed abortion access, was overturned by the Supreme Court last summer.

On January 24, state Democrats introduced legislation to enshrine the right to an abortion in the state constitution.

Lawmakers introduced bills in both the House of Delegates and Senate that would prohibit the state from prosecuting anyone seeking or providing an abortion.

Democrat Charniele Herring said she was committed to seeing abortion protected at the state level after the fall of Roe.

“The voters have made it clear they support abortion access and bodily autonomy,” Herring said. “And my colleagues and I will continue to listen to the voices of Virginians.”

A number of Republican delegates have sponsored bills restricting abortion this session. They vary from the Governor Youngkin-backed 15-week-limit to a total ban.

One Republican exception is Senator Siobhan Dunnavant, an OB-GYN representing Henrico. She proposed extending that 15-week limit to 24 weeks in cases of severe fetal abnormalities.

Bills from either side will face a difficult road to passage.