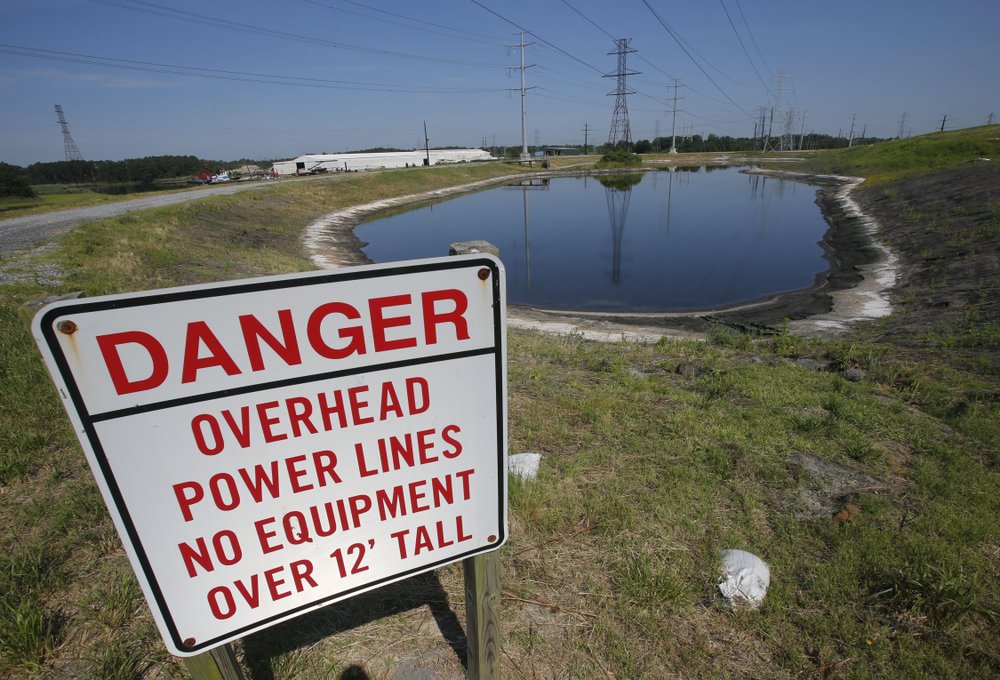 Photo by Steve Helber/Associated Press. A coal ash pond at the Chesapeake Energy Center in 2016.

For nearly a decade, 3 million tons of coal ash have sat in ponds and a landfill at Dominion Energy’s former Chesapeake coal plant along the Southern Branch of the Elizabeth River.

The ash was the subject of federal litigation and part of larger conversations over how to safely get rid of the substance in old facilities across the country.

Prompted by state law, Dominion’s now taking the first steps toward removing it.

The utility recently got permitting and zoning approval from the city to conduct the work. Officials will need several more approvals and permits before starting the removal, which likely won’t begin until at least 2025 and will take several more years to complete.

The Chesapeake Energy Center operated as a coal plant for about six decades before closing in 2014, leaving behind the ash residue that’s a byproduct of the process. Dominion demolished the plant a few years later.

How to get rid of the ash has been controversial ever since.

The substance, also called fly ash, is a fine, powdery material made when coal is burned, according to the Environmental Protection Agency. It often contains contaminants like arsenic and mercury that pollute surrounding air and water when not properly contained.

At the Chesapeake site, the ash has been stored in ponds — a historical industry standard — and a landfill on-site.

Dominion originally wanted to put a cap over the ash and permanently leave it in place.

The Southern Environmental Law Center sued the utility company on behalf of the Sierra Club, alleging arsenic from the ash was seeping into the groundwater and Elizabeth River.

The group won in federal court, with the judge agreeing that Dominion had violated the Clean Water Act. An appeals court sided with Dominion and reversed the decision.

Virginia lawmakers passed a law in 2019 that requires Dominion to remove coal ash at the Chesapeake site and three others around the state.

The state law mandates that it either be reused — such as sold to companies that turn it into concrete — or go to a lined landfill, meaning there’s a barrier at the bottom preventing liquid from getting into the groundwater. A quarter of the total ash must be reused.

The company hasn’t yet determined where Chesapeake’s coal ash will go once it’s excavated, Adkins said. The city said it won’t allow the material to stay within its borders.

The city’s use permit requires the utility to transport most of the ash by rail or barge, but some will likely be hauled in sealed trucks.

Adkins said the company expects to spend about $225 million cleaning up the Chesapeake Energy Center.

Deborah Murray, senior attorney with the Southern Environmental Law Center, helped push through the 2019 legislation and said she’s confident in the standards it sets for the ash removal.

“Folks won’t have to worry, once this is done, about arsenic and other pollutants going into the waterways,” she said. “It’s going to take time, but we’re very happy about that result.”

But the nonprofit’s work stretches beyond Virginia, she said. The law center aims to ensure safe disposal of coal ash at the many legacy coal-fired plants closing around the Southeast.

Like the Chesapeake plant, many electric utilities were originally sited along waterways.

“That makes sense. They needed water for their operations,” Murray said.

But when those facilities had to get rid of the coal byproduct, very few of them used ponds or landfills that were lined.

In the six states where SELC works —Virginia, North Carolina, South Carolina, Tennessee, Georgia and Alabama — utilities have removed and are removing about 275 million tons of coal ash to date from unlined riverfront impoundments, Murray said.

Dominion has until 2034 to complete the work at all four sites, which include the Chesterfield, Bremo and Possum Point power stations.