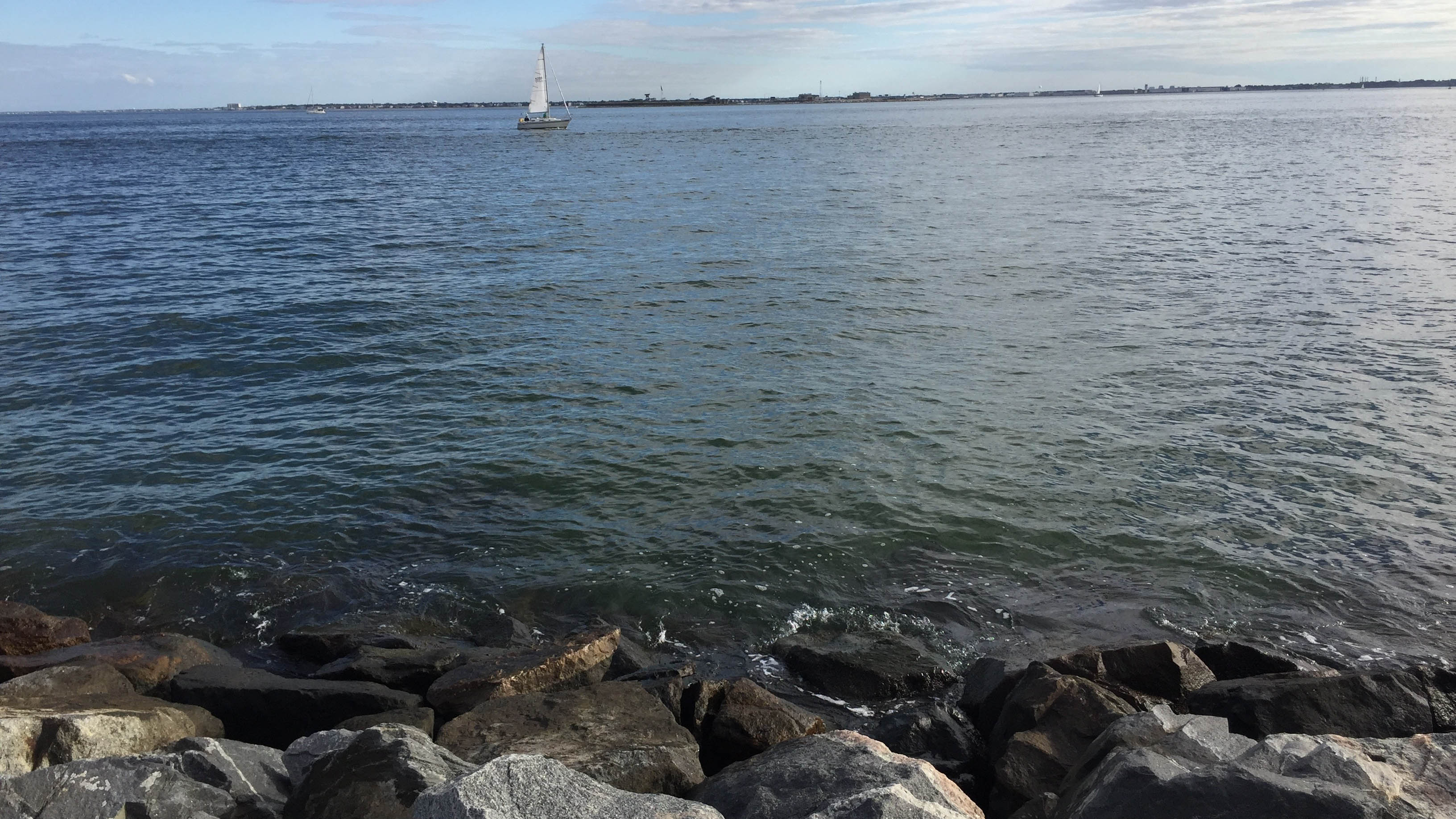 Photo by Katherine Hafner. A view of the Chesapeake Bay as seen from Fort Monroe in Hampton.

A long-time effort to add the Chesapeake Bay region to the federal park system is on its way to Congress.

Lawmakers, environmental groups and others have backed the idea of a Chesapeake National Recreation Area under the National Park Service.

Recently released draft legislation lays out what that could look like – and Hampton’s Fort Monroe would play a major role.

The move could open the door for more funding, tourism and federal protection for the bay.

The sprawling Chesapeake Bay watershed is the nation’s largest estuary and spans about 4,480 square miles.

The concept of turning it into a national park was floated as early as the 1960s.

It would allow the NPS to acquire or partner with some initial sites throughout the area, including the North Beach of Fort Monroe.

The lawmakers note it would not let the government impose any additional regulations on recreational or business activities in bay waters.

A national recreation area is different from a traditional national park, though both are under the NPS.

Recreation areas tend to be near bodies of water and focus on visitor access to water-based activities like kayaking and fishing, according to the Interior Department. The NPS currently oversees about a dozen of them, including the Golden Gate area in San Francisco and Lake Mead outside Las Vegas.

The park service already has a strong foothold in the Chesapeake Bay region, such as the 3,000-mile Captain John Smith Chesapeake National Historic Trail and the Fort Monroe National Monument.

The monument focuses on local history, such as the 1619 arrival of the first enslaved Africans in Virginia.

The new recreation area might instead emphasize information about the ecosystem of the bay, or its relationship with indigenous groups, said Reed Perry, external affairs manager with the Chesapeake Conservancy. The nonprofit has advocated for the bay recreation area for years.

He said the idea is not for the NPS to manage the entire massive region. Rather it’d be a string of linked sites like “a constellation of stars,” each telling stories about the bay’s biodiversity, history and cultural diversity.

Some Native American leaders in the bay region have expressed hopes that renewed attention for the area would elevate their voices.

Stephen Adkins, chief of the Chickahominy Indian Tribe, told the Washington Post that tribes often don’t have a say in what happens along the bay.

“So to be invited to the table — to me that sends a strong signal that the voices of the native communities are valued and need to be heard,” Adkins said.

“The 122 acres of Fort Monroe’s North Beach provide opportunities to appreciate the power of environmental restoration, interpret the Indigenous history of the lower Chesapeake Bay and engage with this unique and wild habitat,” officials wrote in the proposal.

The lawmakers also suggest sites in Maryland, including the Thomas Point Shoal Lighthouse.

Perry said the Conservancy feels strongly about increasing people’s access to the bay as a way to get them to care about and take care of it.

“If you can't get out and enjoy the bay and learn about it, then you're just not going to love it,” he said.

A draft of the legislation, including a map, can be found on Sen. Van Hollen’s website. People can submit public comments about it through Feb. 12.