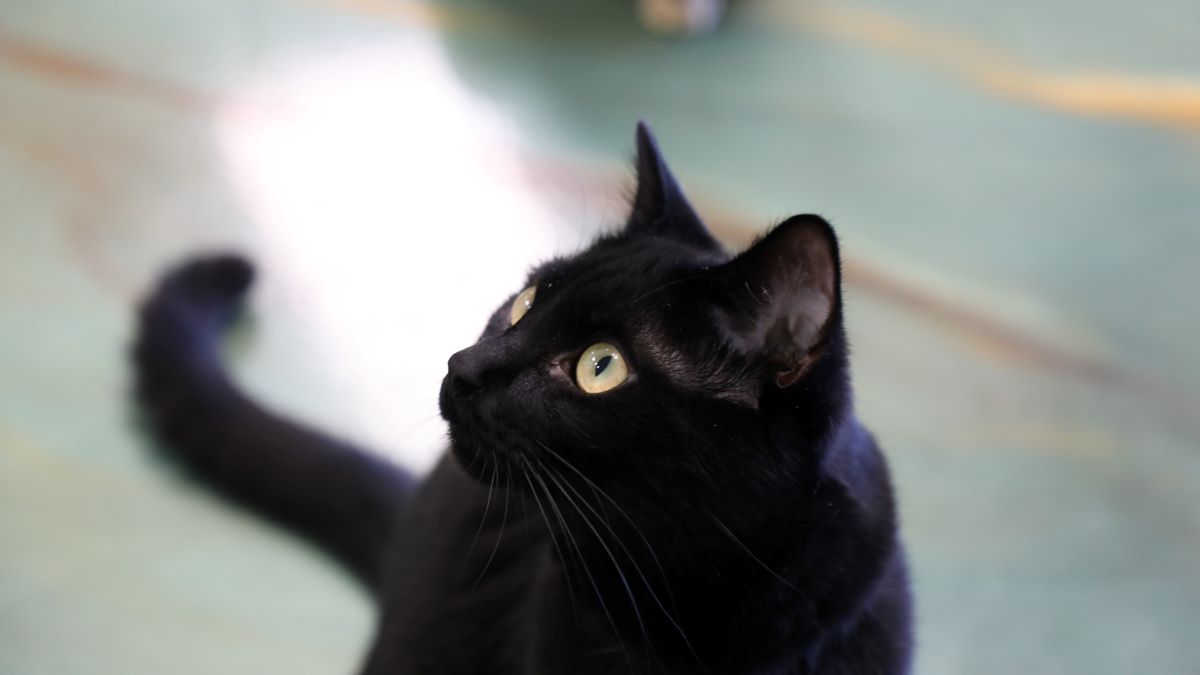 Smidgen, a resident at Kitty Kingdom.

Smidgen the black cat and Deedra the tuxedo cat, who both live at Kitty Kingdom Cat Cafe, are 50% less likely to be adopted than cats of other colors.

“If you put an orange kitty and a black kitty, chances are almost eight to two that that ginger kitty will go home before the black kitty goes home,” Easterbrooks said.

At a cat cafe, customers can come in and pay to spend time with the cats living there. Kitty Kingdom, which is located in Chesapeake, works with shelters to foster cats. All the cats at the cafe are adoptable.

Kitty Kingdom is running a “Black Friday” special on all black and tuxedo cats – adopters get one free hour to hang out with cats.

Easterbrooks said she hopes it’ll change the fortunes of cats like Smidgen. He was returned to the cafe by someone who decided to adopt puppies.

“Instead of doing things the right way, … the adopter just came to the cafe and plopped the kitties on a table just like she was returning t-shirts,” Easterbrooks said.

Smidgen’s partner ,who was returned with him, was soon adopted by another family. But the all-black, snuggles-loving Smidgen is still here.

Black cats aren’t the only ones who are hard to adopt.

Older and shyer cats, like Nora, aren’t as popular with prospective owners. And FIV-positive cats, like Simon, face stigma around their condition, though it can be managed.

Kitty Kingdom has adopted out almost 600 cats since October 2020.

Roughly a quarter of those have been black cats.