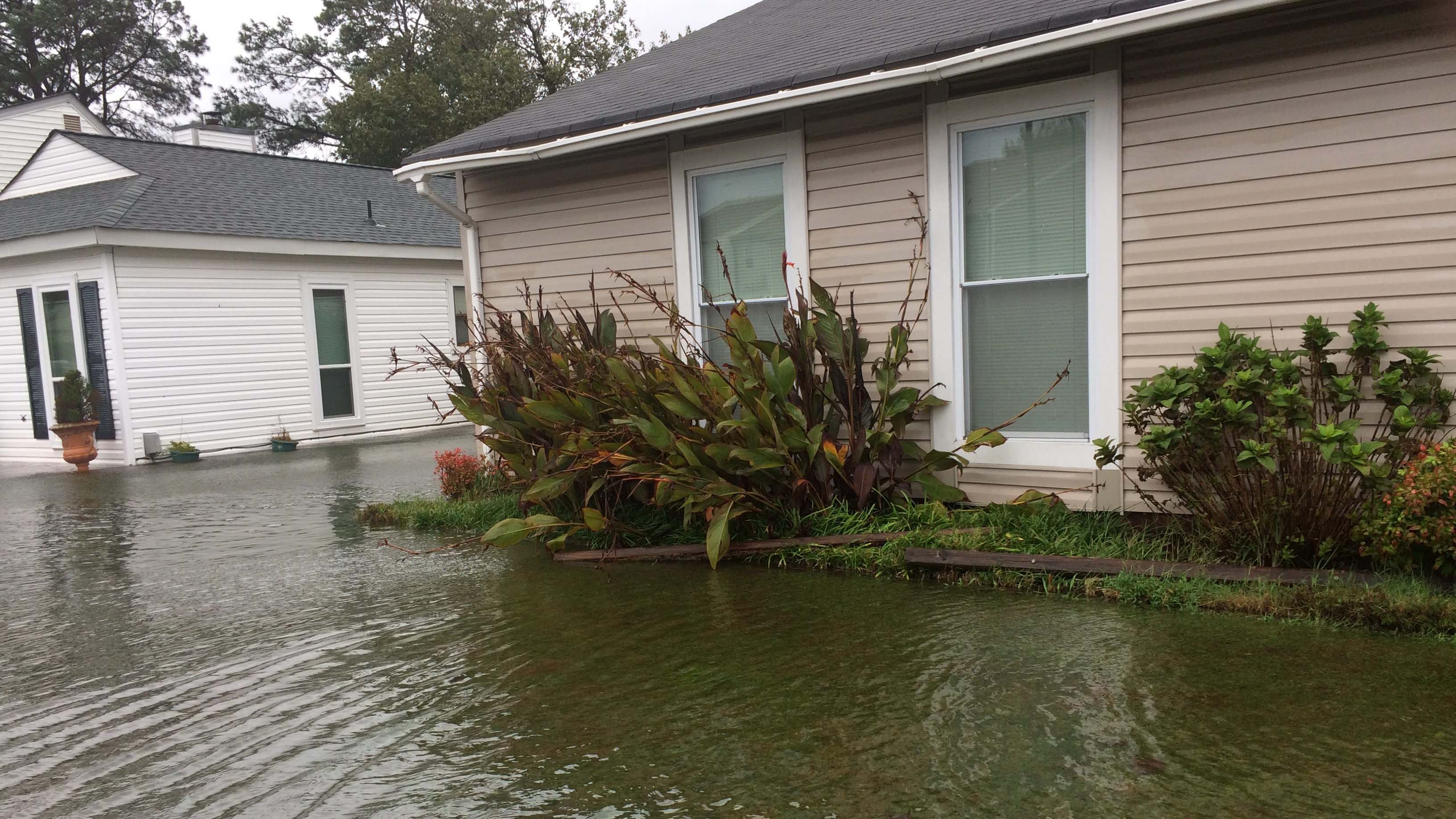 Photo by Jason Boleman, Capital News Service. Flooding in The Lakes neighborhood in Virginia Beach during 2016's Hurricane Matthew was some of the worst residents could remember.

Climate change is a serious threat to Hampton Roads, but it's not what drove voters to the polls

Sea level rise will continue to impact the Hampton Roads area, scientists warn, but climate change was not necessarily an issue that pulled 2nd District voters to the polls -- and it was not a part of the candidates’ platforms either.

The tight race ended with a defeat for Democrat and two-term incumbent U.S. Rep. Elaine Luria. Republican challenger and former state Sen. Jen Kiggans won with just over 10,000 more votes and was the only Virginia congressional candidate to beat an incumbent in the midterm elections.

Virginia Beach voters reported their overall top issues were economic security, abortion and threats to democracy, according to a Wason Center poll of 2nd District voters released in mid-October. However, the priority of each issue was different between Democrats and Republicans.

Democrat and Independent voters surveyed throughout Virginia, not just the 2nd District, did rank climate change as very important, according to a Wason Center poll also published in October. Voters could rank the importance of multiple issues.

It appears when voters don’t have to prioritize climate change against other issues, such as economy and abortion, they say it is important.

Maria Reynoso is the founder and executive director for We Vote Virginia, a nonpartisan digital media resource to help voters become more informed.

“Although climate change has been on the minds of voters, it does seem like more national issues moved them,” Reynoso stated.

“The reason that climate change in the environment doesn't matter to people is because it's not immediate,” Wrighten said. “In terms of policy, people want to see results. They want to feel that their vote mattered right now.”

For Republican voters, climate change does come across as a concern, “a couple of decades down the road,” said Virginia Attorney General Jason Miyares, speaking from the Kiggans’ victory party on election night.

Environmental groups such as the Chesapeake Bay Foundation see climate change as a serious issue in the 2nd District right now.

Hampton Roads has the second largest population in the U.S. after New Orleans at risk for sea level rise, according to Christy Everett, the Hampton Roads Chesapeake Bay Foundation director.

The area has already been impacted by flooding and “will see it increasingly become more problematic and challenging,” according to Everett.

More than 10 inches of relative sea level has increased in Norfolk between 1960 to 2017, Everett said. Relative sea level change is indicated by “how the height of the ocean rises or falls relative to the land at a particular location,” according to the Environmental Protection Agency.

The mean sea level in Norfolk is projected to rise by over 1 foot by 2050, according to a Virginia Institute for Marine Science report.

Norfolk is home to the largest naval base in the world. Some entrance gates onto Naval Station Norfolk are “consistently” blocked by intense flooding and this can pose a problem for the military, Everett said.

Kiggans addressed the issue during a first debate with Luria. She mentioned how flooding affects the military specifically and wants to restore strength through infrastructure, she said, while avoiding government mandates.

Luria responded by briefly mentioning the $350 million in federal funding that will go toward a sea wall project in Norfolk. She went on to accuse her opponent of not liking government mandates, yet wanting to restrain abortion access.

Some of the flooding is caused by increased precipitation due to climate change, but there are infrastructure solutions that Hampton Roads could implement, according to Everett. For example, increasing tree canopies and green infrastructure that help capture and divert the quick accumulations of water.

“There’s a lot that we can do,” Everett said. “We can do it smartly, but we really just have to be innovative and approach it the right way.”

The commercial project will be the largest offshore wind turbine farm in the U.S. The utility company currently has two wind turbines in place 27 miles off the coast of Virginia Beach, and plans to build over 170 more.

“We’re the most innovative people on the planet,” Miyares said. “That’s who Americans are, we innovate.”

Capital News Service is a program of Virginia Commonwealth University's Robertson School of Media and Culture. Students in the program provide state government coverage for a variety of media outlets in Virginia.